CentreVenture Development Corporation, today announced the shortlisted design teams that will compete in the Design Competition for the southern parcel of the Market Lands site. Five teams were selected by the Competition Jury through a request for qualifications (RFQ) stage. They will now proceed to the request for proposals (RFP) stage, competing in an eight-week design competition, culminating in a public presentation of the their proposals on December 7, 2018 from 5:30 to 8:30 at the Canadian Museum for Human Rights. 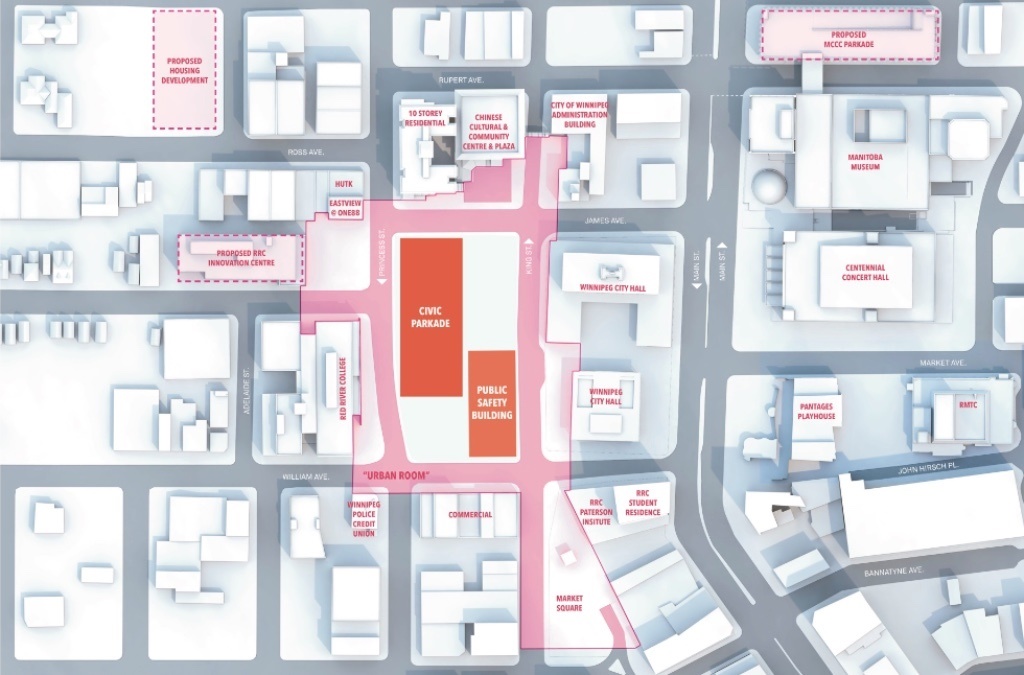 The five shortlisted teams consist of Daoust Lestage, Dialog, DTAH, as well as the partnerships of 1×1 Architecture Inc. & dRMM & LDA Design, and Saucier+Perrotte Architectes & Gustafson Guthrie Nichol (GGN). (More information about each of the shortlisted teams is available here.)

“The Jury was impressed by the calibre of all twenty-three submissions,” said Angela Mathieson, President and CEO of CentreVenture. “The task of selecting five teams was a challenging one. Careful deliberation has resulted in an exceptional and exciting list of design talent from across Canada, and including the USA and the United Kingdom. All the teams possess the qualifications and creativity to make the Market Lands an exceptional place in downtown Winnipeg.”

The southern parcel of the Market Lands site will be the centrepiece of a new mixed-use development project in Winnipeg’s historic Exchange District. Following a year of public consultations, the ‘Urban Design Framework’ for the Market Lands was released in March 2018. It envisions the creation of affordable housing, new urban park spaces, and a modern public market building on the southern parcel. The design competition will take those ideas to the next level of detail, providing more definition to the architecture and character of those buildings and spaces. Consistent with the ‘Guiding Aspirations’ established for the site, teams will be required to create designs that establish a new welcoming destination in the city, one that celebrates the rich culture and history of the neighbourhood, and applies innovative design techniques including environmental sustainability.