Toronto-based Farrow Partners Architects has released images of a design to create a flood-protecting archipelago around the city of Venice, Italy.

Toronto-based Farrow Partners Architects has released images of a design to create a flood-protecting archipelago around the city of Venice, Italy. The initial research was completed with the Universita’ IUAV Venezia and Professor Davide Ruzzon, Claire Daugeard, Tye Farrow and Carolin Vogelei, and further developed and elaborated by Farrow Partners Architects. It was presented at this year’s Venice Biennale of Architecture. 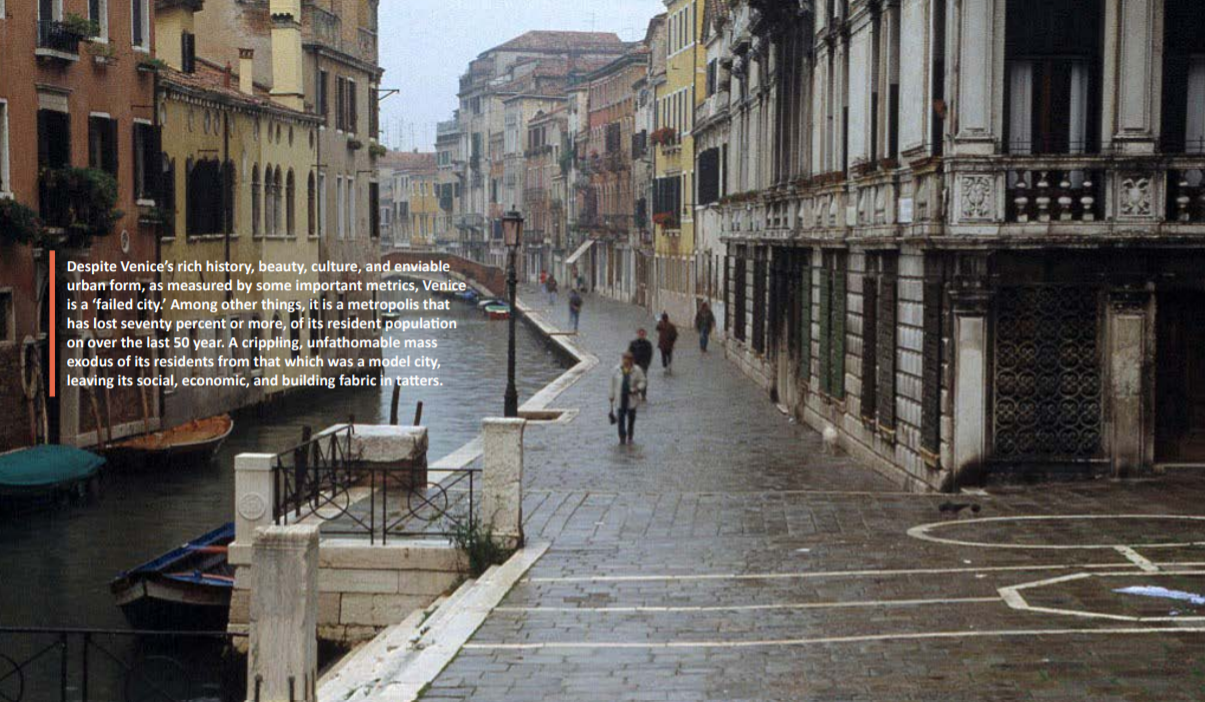 “The plan focuses on addressing the terrible issues that the City of Venice is facing due to the ‘two floods’, that of water caused by global warming, and the flood of day visitors due to mass tourism,” says Tye Farrow. “The main initiative is creating a new 32 kilometre Aqua-emerald Archipelago ecological park of new and existing linked islands, which amongst a number of initiatives, creates a natural water and cruise ship barrier. The park is also dotted with a number of pavilions which showcase Italian agri-tech, leading towards food self sufficiency, employment and university partnerships.” 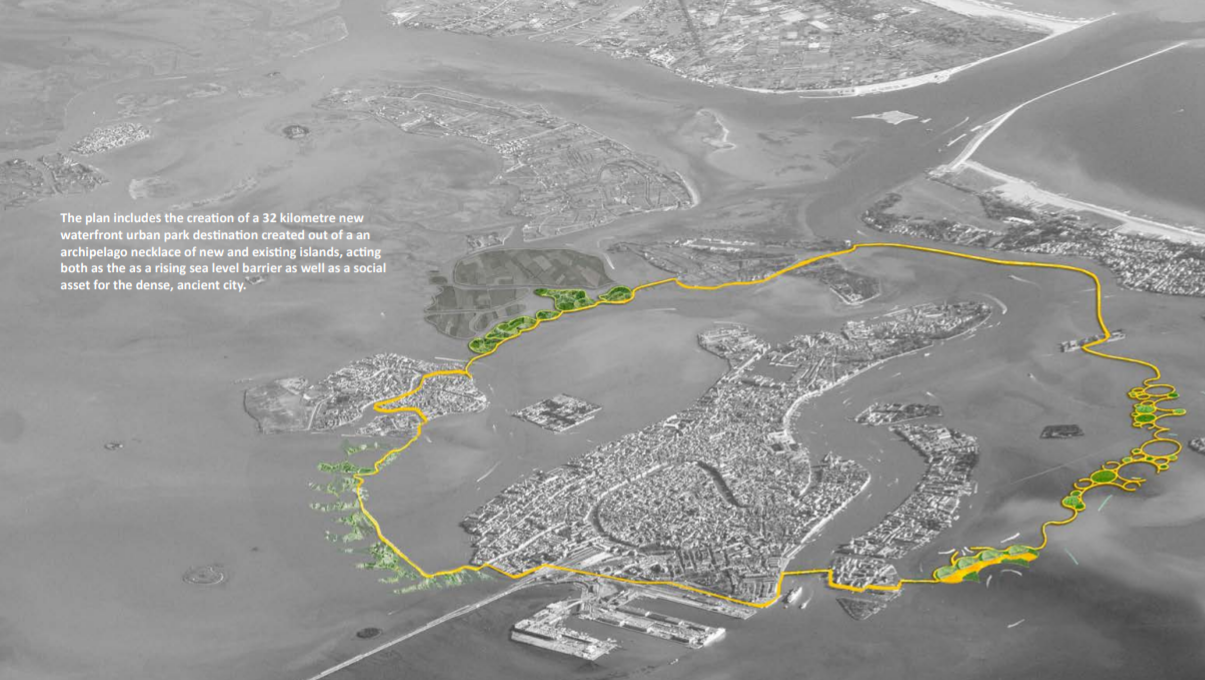 “The Venice Plan is the only solution to date, we understand, that allows the water levels to return to their historic levels, thereby allowing the buildings to be preserved,” he adds.

When the city was originally built, the buildings had a non-porous stone base at the level where the water would be, with lighter porous brick walls above. With the present higher sea levels, the water is now in the porous brick level. When the saltwater dries at this level, it crystalizes and makes the brick structure pop and disintegrate. 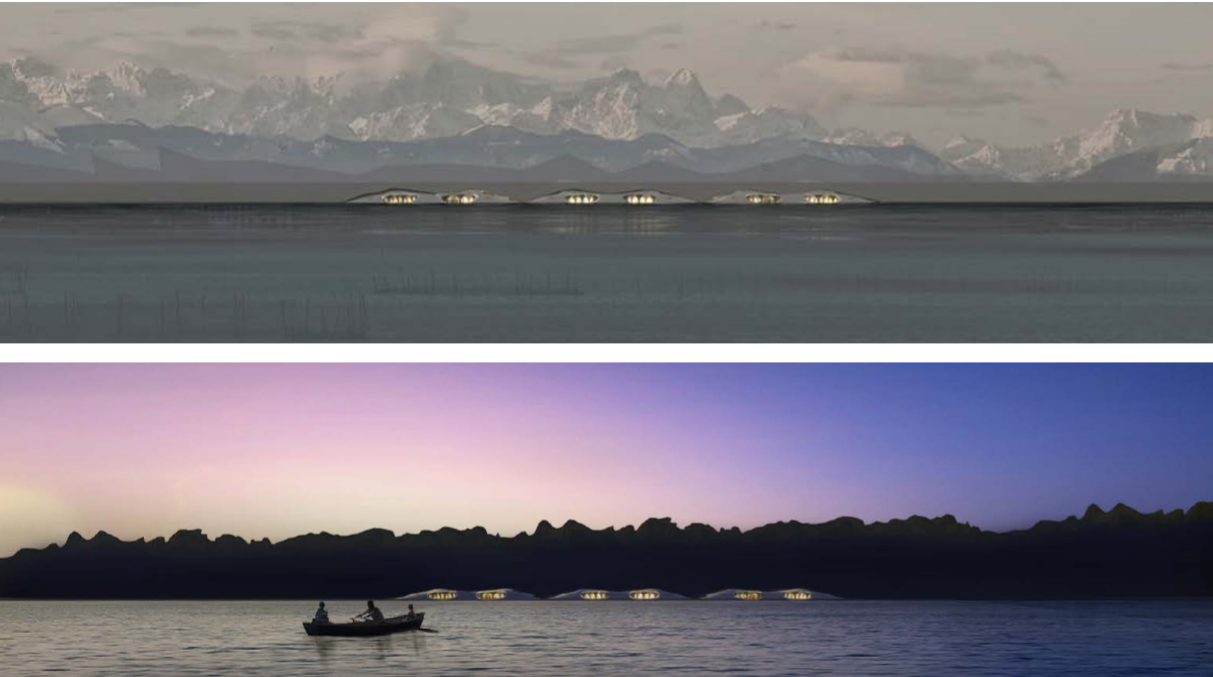 “The Venice Aqua-emerald Archipelago Plan for the great Italian city lays out a path forward using human and health-centred strategies for designing complex urban systems,” reads the report presenting the proposal. “The aim of this proposed way forward is that of inviting Venetians into imagining new visions of urban evolution and of opening towards a narrative of development and change. Options of development which, as a matter of fact, shall at the same time keep the connection and attachment to its history, culture and the qualities of life which make Venice the unique place that it always was and should remain.”

The full proposal can be viewed here.