This project begins with a vernacular reference to Prairie silos, and transforms it into something that is quite lovely in spatial terms. For a commercial development, the jury found it to be both playful and to add rhythm to the street. Because of its modularity, they imagined how a building like this could transform uses over time—if a large tenant pulled out, their space could be adaptively reused into a series of smaller shops. Overall, this is quite an innovative prefabricated design with a lot of potential. – Jury Comment

Traditionally, architecture is thought of as a monumental art, creating buildings that last unchanged for decades or longer. But in reality, many of the places where we live, work and play come and go. We’re constantly remodelling, renovating and replacing buildings as styles and needs change.

To act sustainably in the face of these complexities, the architects at Calgary-based Modern Office of Design + Architecture have been increasingly interested in the idea of circular design. This points to a cradle-to-cradle approach to construction, designing buildings that can be disassembled at the end of their use, and repurposed into new buildings. 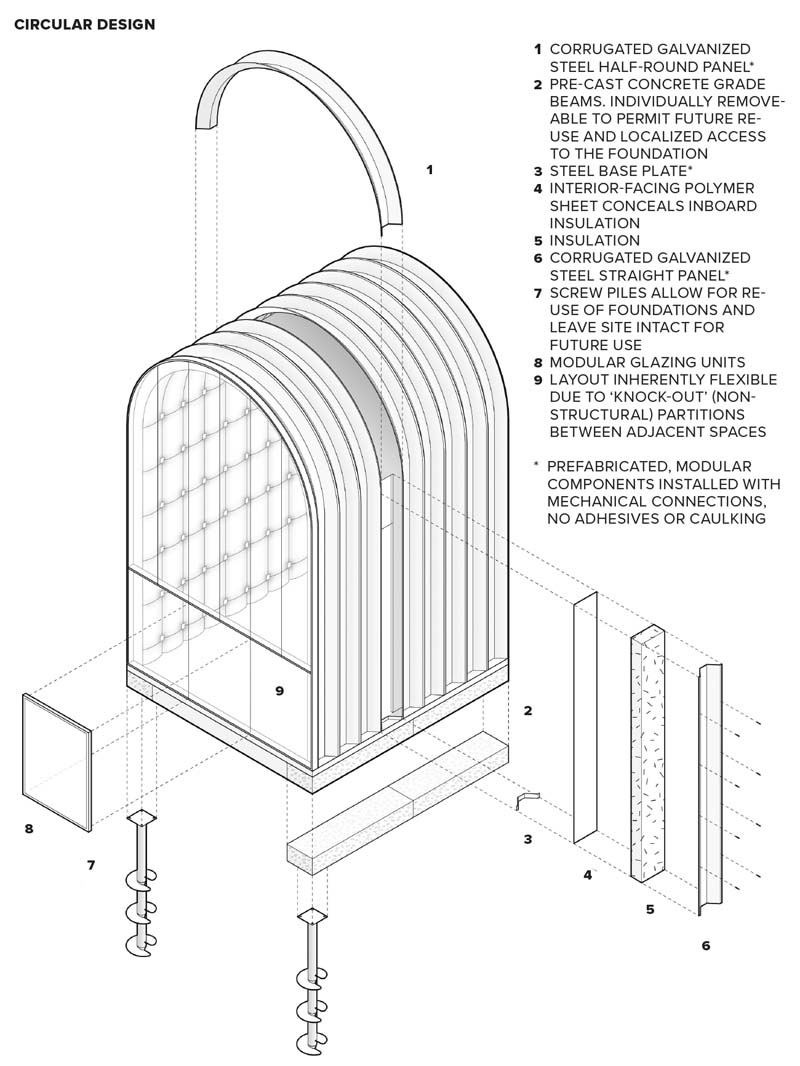 A circular design approach was a perfect fit for FARM. Modern Office’s client for the project is a developer who asked for a 1,100-square-metre building to temporarily occupy a downtown Edmonton site. In response, Modern Office designed a structure that could be used temporarily, then dismantled into its component parts and upcycled.

The design is inspired by the Quonset hut, a prefabricated structure roofed with a curved sheet of corrugated galvanized steel that was first manufactured in the 1940s for the United States Navy. The lightweight buildings became used for many non-military purposes, including as outbuildings in the Canadian prairies. Its semicircular form has resonances with other vernacular agricultural buildings, including metal storage sheds, cylindrical silos, and dome-roofed greenhouses.

For FARM, Modern Office ganged several Quonset huts together, creating a spatially flexible arrangement that allows a tenant to occupy one, several, or all of the bays. The modular approach allows for the forms to pull apart, creating secret gardens and courtyards that introduce daylight deep into the interiors of the barrel-vaulted forms.

In order for the building to be upcycled, every major component is designed to be removable for reuse. This includes a screw-pile foundation system, a modular, structural steel rib envelope, insulative “pillows” that are mechanically fastened back to the structure, panelized interior finishing, interior concrete block walls that are mortared together using dissolvable, cementitious grout, and modular glazing units. Ninety percent of the components used in the building will be indexed using QR codes, producing a database kit of parts. This will aid in the future re-assembly of the building as a whole structure—or the repurposing of its parts into new structures. 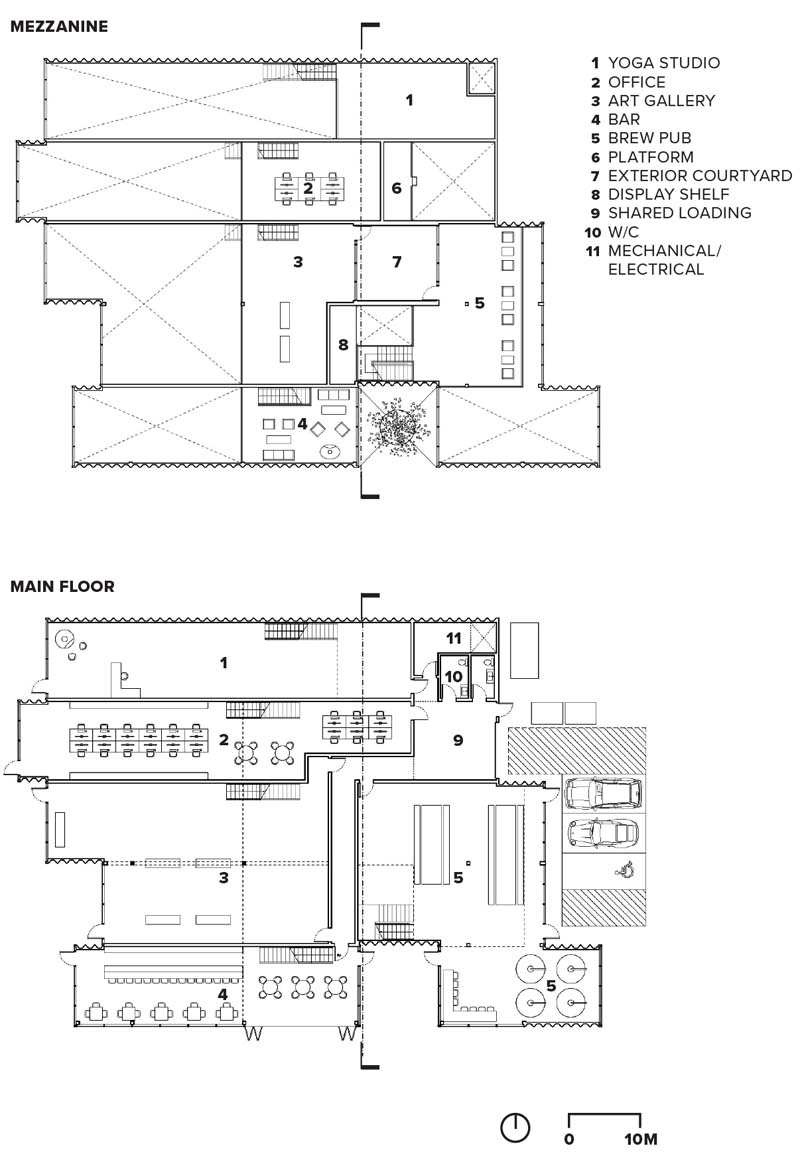