The American Institute of Architects guides to major American cities have long made Canada seem like a poor cousin. But historian Andrew Waldron’s book on Ottawa architecture is of a quality comparable to the AIA guidebooks, and it matches Harold Kalman’s and Robin Ward’s Exploring Vancouver in the calibre of its scholarship and presentation. As such, it is an important step towards realizing the national series of architectural guidebooks we deserve. And as Kalman and Ward did in 2012, Waldron sees buildings through a civic-minded lens that has a distinctly Canadian ring.

Waldron hopes to “raise the civic consciousness of the city,” as he puts it, by writing “a citizen’s guide as well as an architectural guide,” organized around 11 tours that can be walked, cycled or driven. The book documents and maps 350 points of interest in the Ottawa and Gatineau region, with descriptions that range from landscape features to development schemes to vernacular architecture to landmarks. The commentaries are dense with information, but a fun and easy read. They might describe a late 19th-century real estate experiment or mention where its stone was quarried, and then casually identify the architectural style that informs it. One may read about the reversals of fortune of a prominent family, the multiple uses of their property over time, and changing patterns of trade. 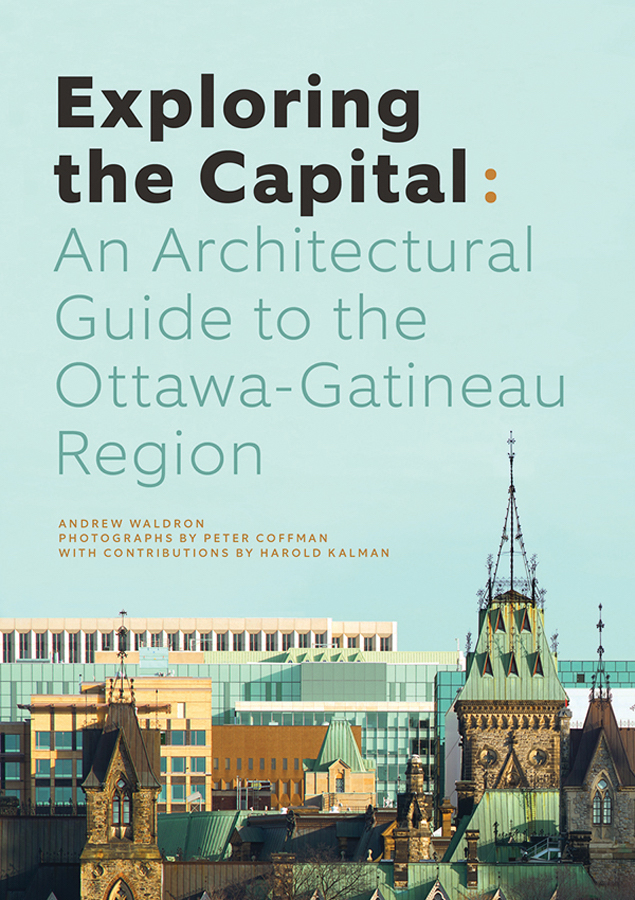 The result is a matrix of anecdotes that help readers see all buildings as vital, and telling pieces of a city’s history. Waldron wanted to “bring an everyday normalcy abut buildings and their information,” and he largely succeeded. As a professional migrant to the city, I have become acquainted with Ottawa as a tourist, a consumer, a commuter and a voter. But as a citizen? One familiar building at a time, one anecdote after another, this guide opened the doors of that collective, multigenerational work that Ottawa really is. It made for a soothing and grounding read.

Waldron has come to this task equipped with 25 years of experience as an architectural historian, including years of serving as the Canadian Registrar of Historic Places and manager of the Federal Heritage Buildings Review Office. He based his work on a long out-of-print 1983 architectural guide of Ottawa by Harold Kalman (who has contributed to this new version), and benefited from the generous input of the local heritage community. Bringing material from a broad variety of sources into a consistent format, this guide is of immense benefit for the research community.

It’s already being called “authoritative” although a few minor points might need correcting, and misses some opportunities to include perspectives that are typically not well represented in the current archives. For example, the book includes Indigenous projects, but more of their communities’ views and perspectives should certainly enrich editions to come.

This book is in full colour, with excellent maps and all-new photography by Peter Coffman. It has a high-quality binding to withstand the wear and tear of multiple excursions, it comes in both official languages and it’s comfortingly affordable. It is a model to be followed in other Canadian cities, and a staple for every architect’s library.

Exploring the Capital: An Architectural Guide to the Ottawa Gatineau Region. By Andrew Waldron, Figure 1 Publishing, 2017

Brigitte Desrochers is a former Architecture Officer for the Canada Council of the Arts.