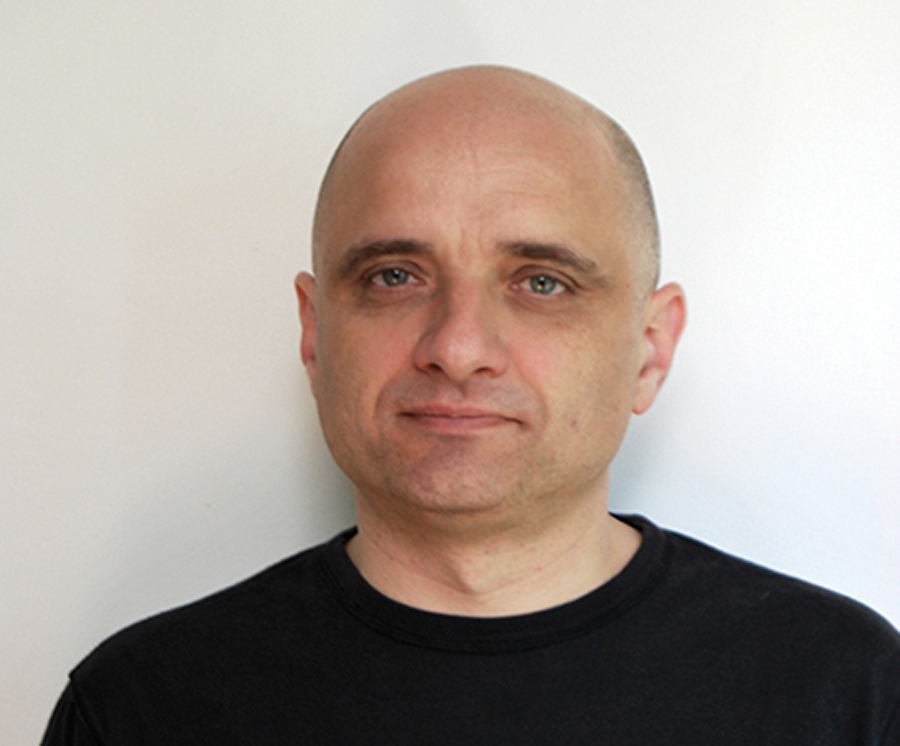 Translation is central to the work of Félix Tue, 45. He began his architectural career in his native Romania, and after moving to Canada in 2002, worked for a decade in the Montreal offices of two large firms. In 2013, he founded his own studio, est architecture. Its website describes the firm’s work in French, Romanian and English.

In addition to being trilingual, Tue has a talent for translating inspiration into modern forms that may look very different from the source, but remain faithful to its spirit. A case in point: a client born in Sibiu, Romania, wanted to renovate and expand his 40-year-old traditional bungalow home in Salaberry-de-Valleyfield, Quebec. In adding a second floor, Tue radically updated the residence. The oversized dormer windows popping out of the new mansard-like roof pay tribute to the vernacular of steeply pitched, window-inset roofs in the client’s home city.

“Roofs to me are like haircuts on a human—a way to show personality and individuality,” Tue says with a laugh. He is now working on a number of multi-unit residential projects with distinctive roofs that help to mediate between building types, in neighbourhoods where a residential area abruptly morphs into something else entirely.

Est architecture’s first commercial project, AT Office, incorporates plywood, OSB and sliding doors to give a transport company’s administrative space what Tue describes as a “cargo” character. This project was also designed for the client of Crisan House, and the reception desk’s geometric patterns recall traditional Romanian craft motifs.

How architects can take advantage of R&D tax incentives