Edward Burtynsky announces world premiere of “In the Wake of Progress”

Commissioned and co-produced by Luminato Festival Toronto, the immersive media installation takes over the digital screens framing Yonge-Dundas Square on June 11 and 12, 2022. 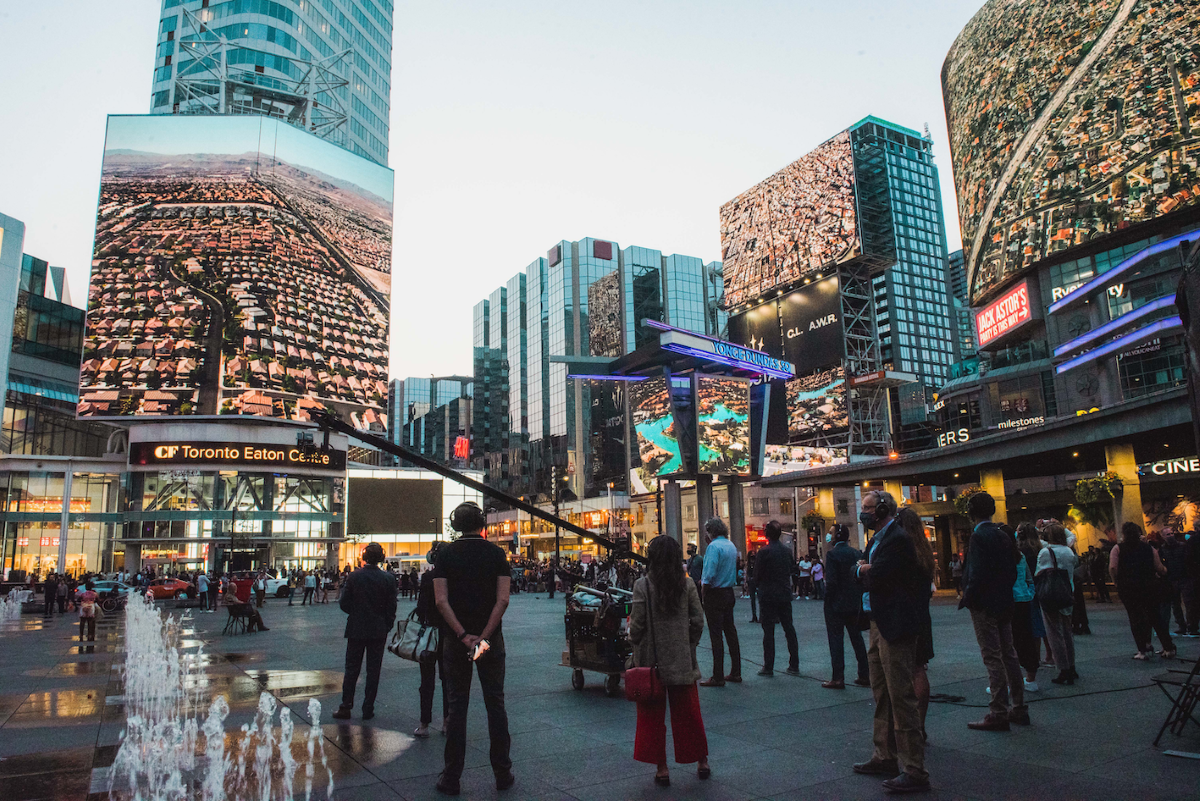 Canadian artist Edward Burtynsky announced the world premiere of his first major immersive artwork, In the Wake of Progress.

Forty years in the making, this multimedia project bears witness to the impact of human industry on the planet. The experience is available to audiences this summer as unique indoor and outdoor presentations.

Co-produced by Canadian musician Bob Ezrin (known for his work with Pink Floyd, Andrea Bocelli, Peter Gabriel, Taylor Swift and more), In the Wake of Progress is a 22-minute event combining video and photographs from throughout Burtynsky’s career, fully choreographed to an original score composed by Phil Strong, with vocals by award-winning Cree Métis artist iskwē and performances by musicians of The Glenn Gould School at The Royal Conservatory of Music.

Commissioned and co-produced by Luminato Festival Toronto, and premiering as the marquee event of the Festival’s opening weekend at Yonge-Dundas Square on June 11 and 12, 2022, In the Wake of Progress will be a stunning takeover of the Square’s surrounding digital screens, enveloping audiences in a 280° array of his famous imagery, including new and never-before-seen work.

On the heels of the free, outdoor world premiere, In the Wake of Progress will launch as an indoor immersive experience in Toronto following the festival.

“My hope is that this project, presented in venues and public squares globally — reaching nearly as far as I have travelled to create it — will provide a poignant statement illustrating the extent of human taking for the sake of modern progress. Places that were once, just beyond recent memory, abundant and pristine nature, are now transformed into landscapes of glass and concrete, sound and light. Where once there were forests, dense with biodiversity, now there are concrete jungles dense with the trappings of human life,” says Edward Burtynsky.