Home automation has been around for a long time. We take for granted conveniences like programmable thermostats, automatic garage door openers, and motion-sensing outdoor lights. But in the era of the “internet of things”, these technologies have taken on new dimensions.

This summer, my husband and I signed up for a pilot “smart” rainbarrel that automatically empties before a storm to free up storage capacity. A friend recently visited an Airbnb where their smartphone—installed with a specific app—acted as the housekey. Our neighbour’s kid reported “seeing us” getting their mail while they were on vacation. It turns out they have a motion sensing camera that e-mails them whenever there’s activity on their front porch.

The latest development is voice-activated home devices. A few months ago, my tech-forward cousin installed Amazon’s virtual assistant in his New York City apartment. A hub that includes a microphone and speaker, Echo allows you to ask “Alexa” to adjust the lighting, check the weather, play music, and buy things from Amazon (my cousin accidentally ordered a second Echo while telling a visitor about the setup). Small things, perhaps—but while on vacation, he and his wife found that they “missed Alexa.”

Apple’s HomeKit system can perform similar functions using Siri. This fall, the company is upping the ante by integrating its Home app in the iPhone operating system, and unveiling a lineup of nearly 100 compatible devices. Beyond lights, locks and thermostats, Siri-enabled accessories will include such devices as window shades, video cameras and humidifiers. All of the accessories are kitted out with an encrypted hardware chip, ensuring security of access—an especial concern with door locks. Later this year, several developers, including Brookfield residential, will begin including many of these devices in new homes. 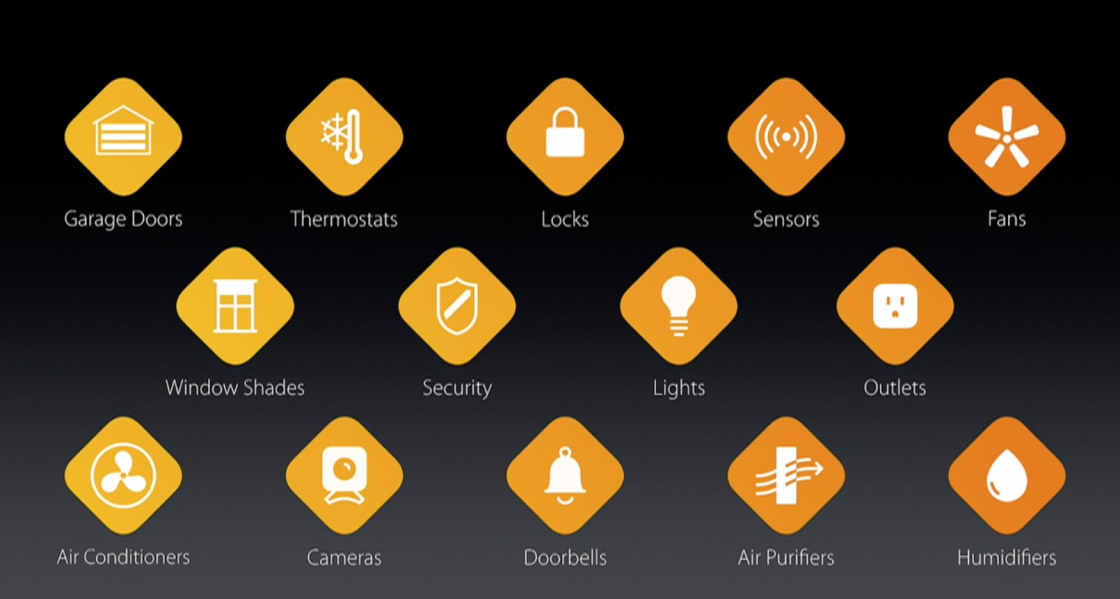 Adding to the magic, the system allows users to set up “scenes” of interconnected actions between devices. For instance, saying “good morning” to Siri could set off a cascade of activities—the heat turning on, blinds coming up, and a coffee pot connected by a smart plug starting to brew. Programs can also be triggered by location (the lights turn on and the door unlocks as you approach your front door), by sensors (a CO2 detector going off sends you an urgent text), or by time (the blinds close after dark).

How will the proliferation of smart home systems affect architecture? On an aesthetic level, a thoughtful integration of wirelessly controlled accessories could mean finally getting to banish switches and plugs to hidden locales, keeping residential walls pristinely clear. The technology also offers possibilities for creating spaces that are more fully accessible to those with visual or physical impairments.

It would be a small step to include a broader range of environmental sensors into smart home systems, allowing them, like their commercial counterparts, to conserve energy in relation to sunlight and occupancy patterns. During hot summer days, for instance, I’ll walk around my house and close the windows and blinds; once the sun goes down, I’ll turn on fans and open the windows to draw the cooler night air in. The time isn’t far off when this could happen automatically. In the morning rush to get out the door, there’s inevitably a frenzy of activity, in which lights are left on somewhere. The voice command “I’m heading out”—or the absence of movement for a specified period of time—could turn off all the lights and lock the doors, solving the issue.

The novelty may eventually wear off, but for the present, smart home devices are also just plain fun. They have an addictively collectable appeal—after fitting out the living room, how about the kitchen?

Best of all, they don’t talk back. I have to beg and wheedle for my husband to get out of bed to turn off the downstairs light at night. When I ask Siri—presto, it’s done.

Registration open for POP / CAN / CRIT symposium in Ottawa

Book Review: Attunement—Architectural Meaning After the Crisis of Modern Science