Architectural scholar Jean-Pierre Chupin is setting out to document the 3,000 Canadian buildings that have won awards since 1967 - and to mine the data for insights on architectural quality, collective values, and equity. 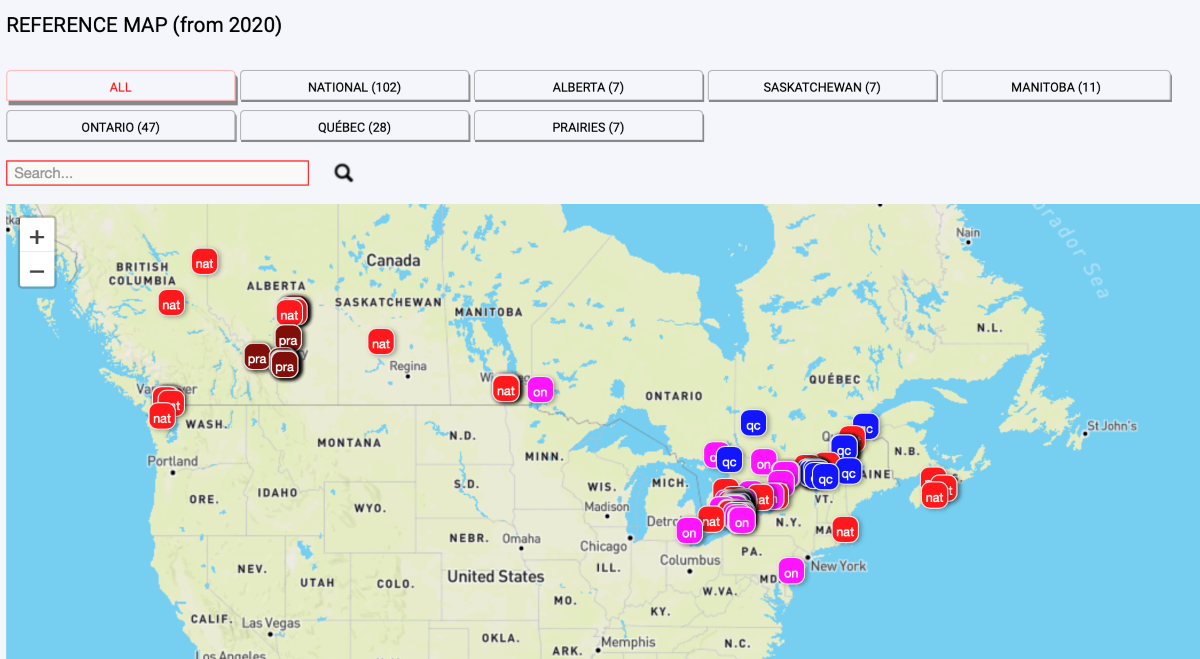 Architects and designers love to receive awards. And why not? They honour the top accomplishments and best buildings of the profession, creating an occasion for celebration that is often lacking in the industry. For winners—and especially younger firms—they can bring the kind of notice that puts a new studio on the map. Awards help to confer legitimacy, proving a firm’s design abilities to existing and potential clients.

At the scale of the profession, awards are a way to communicate the value of architecture and architects in shaping the built environment. At the recent OAQ Awards ceremony, association President Pierre Corriveau underscored how the selected projects add to the public good. “It’s exciting to see how architecture blossoms in our communities and contributes to enhancing the value and vitality of our living environments,” he said.

Architectural scholar Jean-Pierre Chupin believes that awards can tell us even more—especially when you examine large sets of awarded projects. Chupin, who holds a Canada Research Chair at the Université de Mon­tréal, is leading a project (at architecture-excellence.org) to document all of the buildings that have received awards in Canada since 1967—some 3,000 projects in total.

Chupin’s interest is spurred by epistemological questions about architectural quality. “Everyone knows what quality is about, but no one can quite explain it,” he says. For two decades, he has co-directed a project researching architectural competitions, which includes an ongoing documentation of Canadian competitions. His research group has so far documented half of all competitions ever held in Canada, cataloguing 5,539 entries and digitizing 52,536 separate documents. That material has allowed for in-depth investigations into the changing societal and political values that inform design selection. (It’s also turned up a good number of unbuilt designs that, in retrospect, should have been constructed—including buildings for Edmonton and Montreal by the likes of Zaha Hadid and Lacaton & Vassal.)

Taking a similar long view on awards, Chupin thinks, will help us better understand the “grey zone” of how architectural quality is judged in completed buildings—and how our understanding of quality has changed over time. How do issues such as environmental sustainability begin to manifest through architectural awards in the mid-1990s? Is architecture’s social agenda—a prominent concern in the 1970s—beginning to reappear as a marker of award-worthy projects? What can awards tell us about best practices in architecture?

Chupin’s team is using GIS software to link the location of awarded projects with demographic data. As a first exercise, they documented and mapped 210 Canadian projects that were given awards in 2020, and superimposed census data on their locations. “We found that most of those awards were in downtown, very urban, very wealthy areas with expensive land values,” says Chupin of those preliminary findings—suggesting that the distribution of awards (and of quality buildings) may not be as equitable as we would like to believe. “As we enter the coordinates of more projects, it will start to be even more revealing,” he says.

Examining the past year’s worth of awarded buildings yielded a surprising cross-section of projects—including larger institutional works that are well known, but also smaller ones that have received less publicity. “I thought I knew a lot of good buildings, and then you realize that you have never heard of half of them,” says Chupin. This hints at how a comprehensive database will create a valuable repository of the country’s best architecture: a research project which currently has no equivalent elsewhere in the world.

The preliminary research also raises the question: Are architectural awards predominantly a recent, North American phenomenon? “For a long time, there were just five to ten major architectural awards in the world,” says Chupin. “In the past 20 years, there are 70 to 80 organizations giving awards—just in Canada.” Surprisingly, there are fewer awards in France, he notes, which has nearly twice the population.

Architects certainly can—and ought to—continue to love awards. But by developing a bigger-picture view of them, we can strengthen awards programs, honing them in on defined collective values, and tailoring them to facilitate equity and inclusion. We can also gain fresh insight into how awards are more than just the outcome of great work: they are a telling indicator of architecture’s larger drivers, its measures of success, and its highest aspirations.

Canadian Architect is produced across Canada. It is headquartered in Toronto, which is the traditional territory of many nations including the Mississaugas of the Credit, the Anishnabeg, the Chippewa, the Haudenosaunee, and the Wendat peoples, and is now home to many diverse First Nations, Inuit and Métis peoples.