There are grocery and big-box stores across Canada. Many that are centrally located are emptying out as delivery options become more popular, and retailers take advantage of opportunities to warehouse on more affordable land. To take a building that occupies a prime location at the centre of a community and repurpose it for an essential community institution is an innovative approach. In this project, the resulting design is whimsical and intelligent at the same time. The scale of the building is broken up by creating house-like elements that present an interesting environment for children and respond to the surrounding residential buildings; the project also enlivens the site around it, replacing the parking lots with sports fields and play areas. -Jury Comment

Located at the centre of a resource-poor neighbourhood in Laval, a city north of Montreal, École Val-Martin transforms an abandoned big-box grocery store into a playful centre of learning for primary school children.

This project takes a stance on the ever-relevant issue of suburban sprawl by proposing an alternate to new construction. It tackles several important questions: How can architects and their clients actively participate in remodelling the existing urban fabric, instead of contributing to the growing ecological footprint of the suburbs? Can we recycle and adapt existing structures to imagine progressive schools for young children? How could this impact the education system in Quebec and beyond?

The first main design question was how to bring light to the centre of a building with a large, square footprint. A courtyard was introduced to bring light to key spaces including the library, as well as to create a tranquil outdoor space in the middle of the building. An addition to the main façade of the former grocery store creates two new wings of classrooms, forming a U-shape that benefits from ample sunlight. 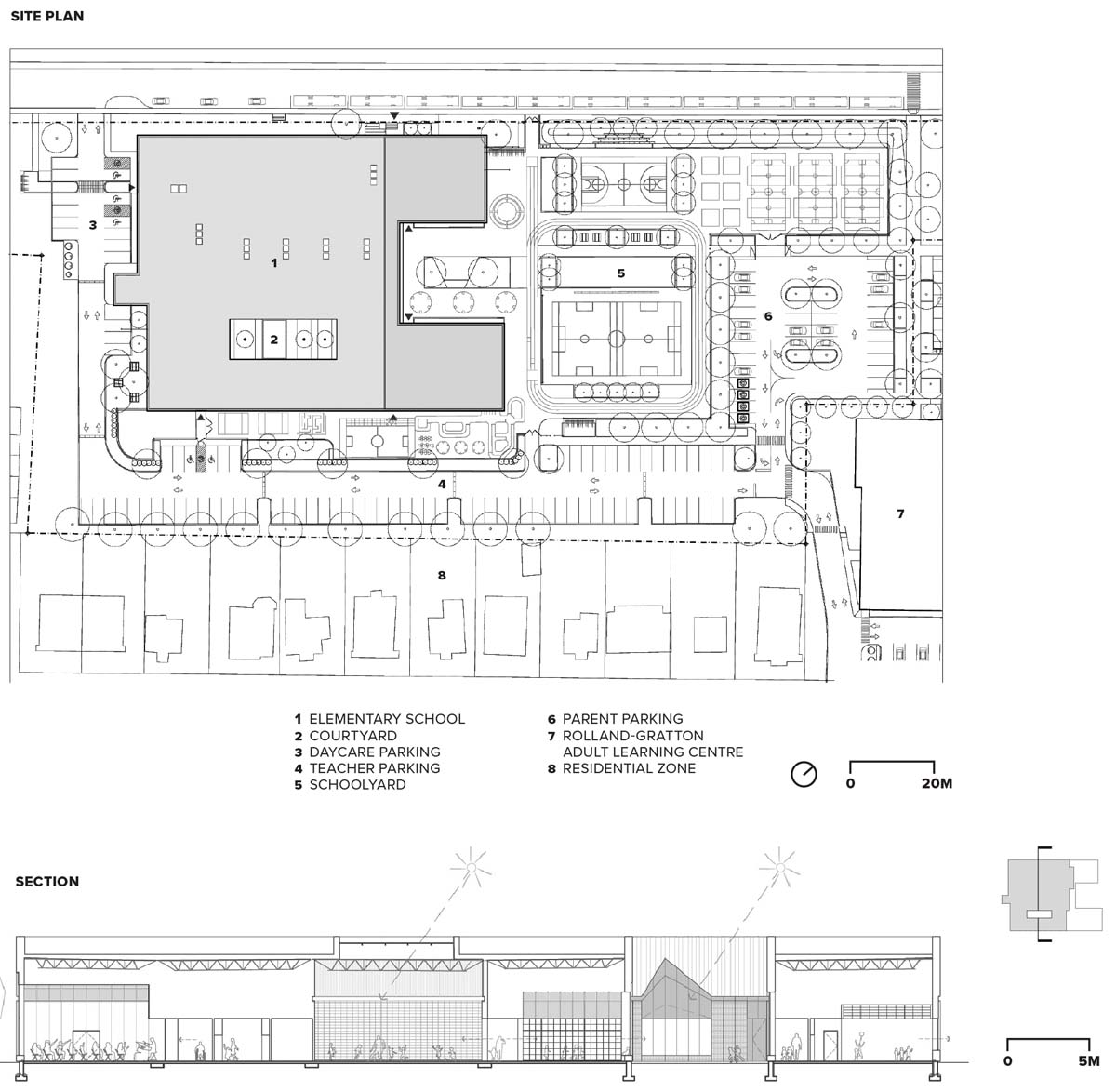 Next, the architects tackled the challenge of working within an existing grid that was entirely irregular. To solve this, an irregular-sized gym was placed within the largest bay. This gym, along with accompanying changerooms, storage, and mechanical areas, becomes the nucleus of the project. Circulation unfolds around the gym and the library courtyard, creating a double ring of corridors. The resulting flow is functional and efficient, and the circulation divides the school into zones accessed by groups of children at different times of the day.

The existing building’s tall ceilings—just shy of two storeys—became an opportunity to bring a playful identity to the primary school. The design introduces house-like forms in the multi-purpose room, library, and kindergarten classrooms. In these spaces, peaked ceilings extend from the interior to the exterior façade, their geometry derived from the existing grid structure. On the exterior, varying façade depths and textures are used to accentuate the triangular forms, hinting at the existing building in an otherwise seamless transition from old to new.

A new model of adaptive reuse is necessary for the future health of our cities and society. The design for École Val-Martin suggests how adaptive reuse can also represent an investment in progressive education for our children. 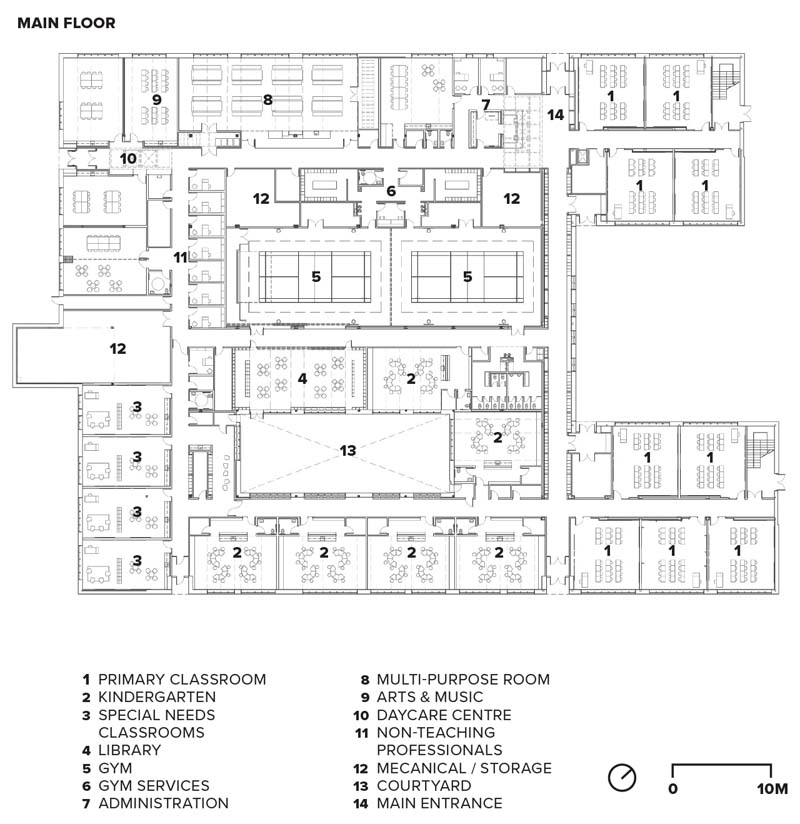