WINNER OF A 2015 CANADIAN ARCHITECT AWARD OF MERIT 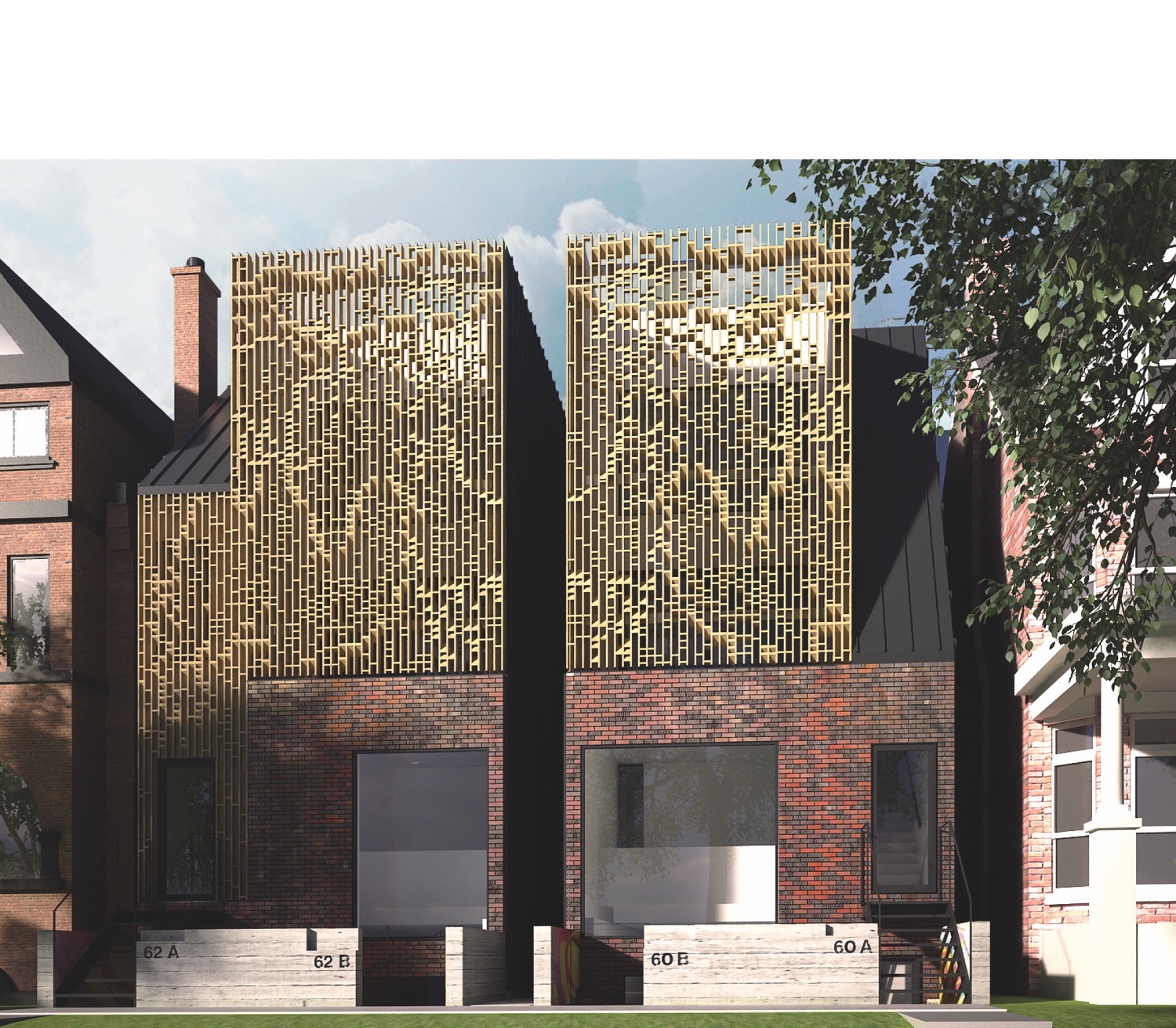 Double Duplex was created in response to the city’s growing need for alternative housing models. This need arises from the rising cost of urban real estate and the consequent push for densification within Toronto’s sought-after residential neighbourhoods.

The infill project is located on Melbourne Avenue in Parkdale, an area notable for its century-old Victorian and bay-and-gable mansions. The existing double-wide site is severed into two separate properties, with a four-storey, 3,500-square-foot detached duplex residence on each site. This allows property owners to either rent out one of their units or use it as a live-work space.

Double Duplex pays tribute to the artistry of its surroundings by making contextual relationships through massing, geometry, texture and detail. The project reinterprets the pervasive bay-and-gable typology by abstracting its architectural elements. These include the front balcony, large bay massing, steep roofs and sharp vertical lines. Also playing up this relationship are the high ceilings and large windows, which allow light to reach deep into narrow floor plates. 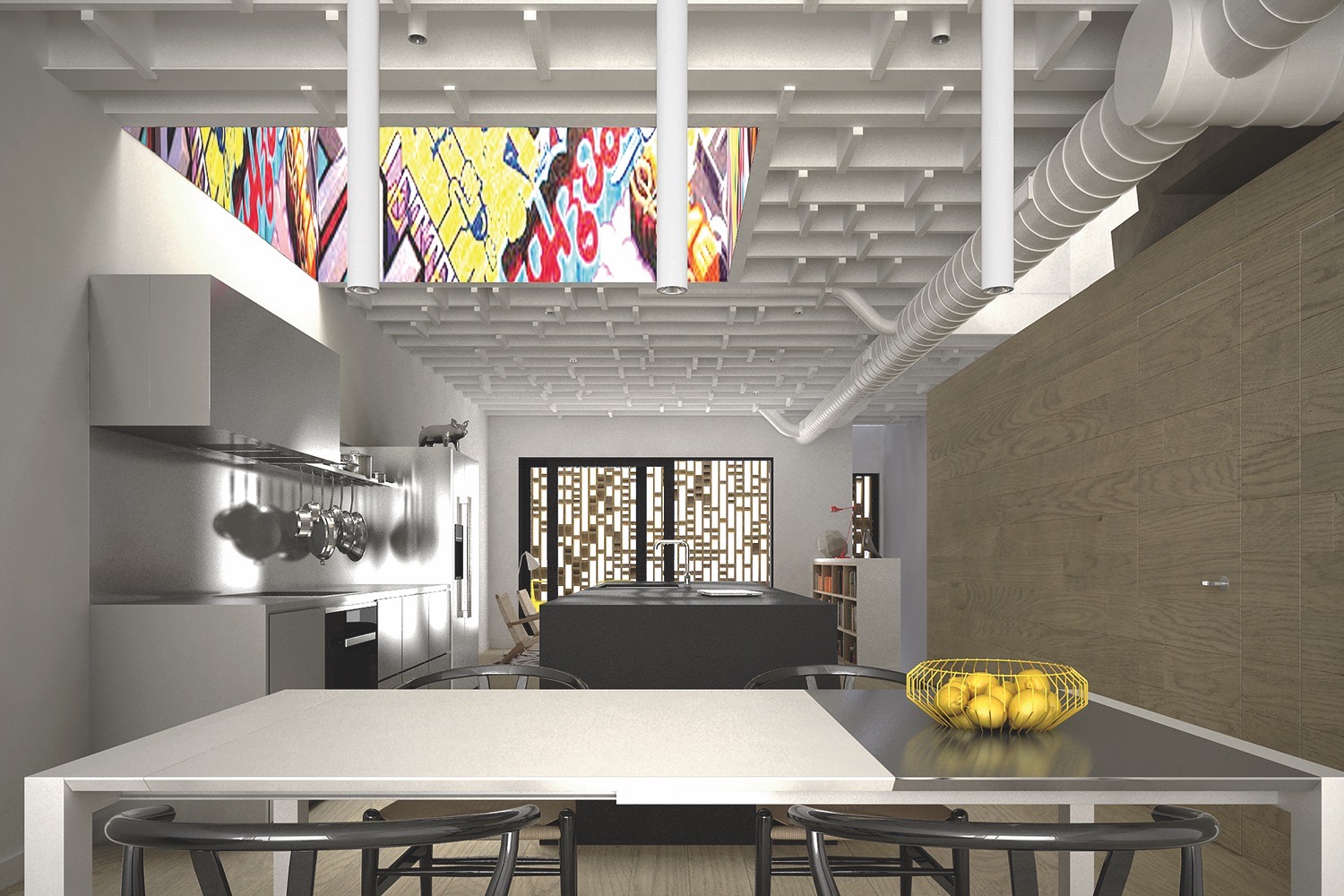 Leveraging digital fabrication techniques and new material technologies, the project translates the crafted historic brick façades by way of a two-storey brise soleil. The brise soleil encloses the front and rear upper balconies, providing controlled lighting conditions and privacy. Individual pieces of bio-enhanced, rot-resistant, sustainable softwood are organized to create a large-scale dynamic façade. During the day, sunlight is filtered through, illuminating the interior spaces with ephemeral dappled light effects. At night, the screen reads as a decorative glowing lantern.

The project also offers strategies for the dynamic spatial integration of exterior and interior spaces within a with a narrow and deep infill lot, which is typical in Toronto. Each duplex residence consists of a two-storey lower unit and a two-storey upper unit. The lower unit is carved out in the front and back with double-height volumes that flow out to sunken courtyards, maximizing the amount of daylight entering the unit. Brightly painted murals by local artists wrap its courtyards. 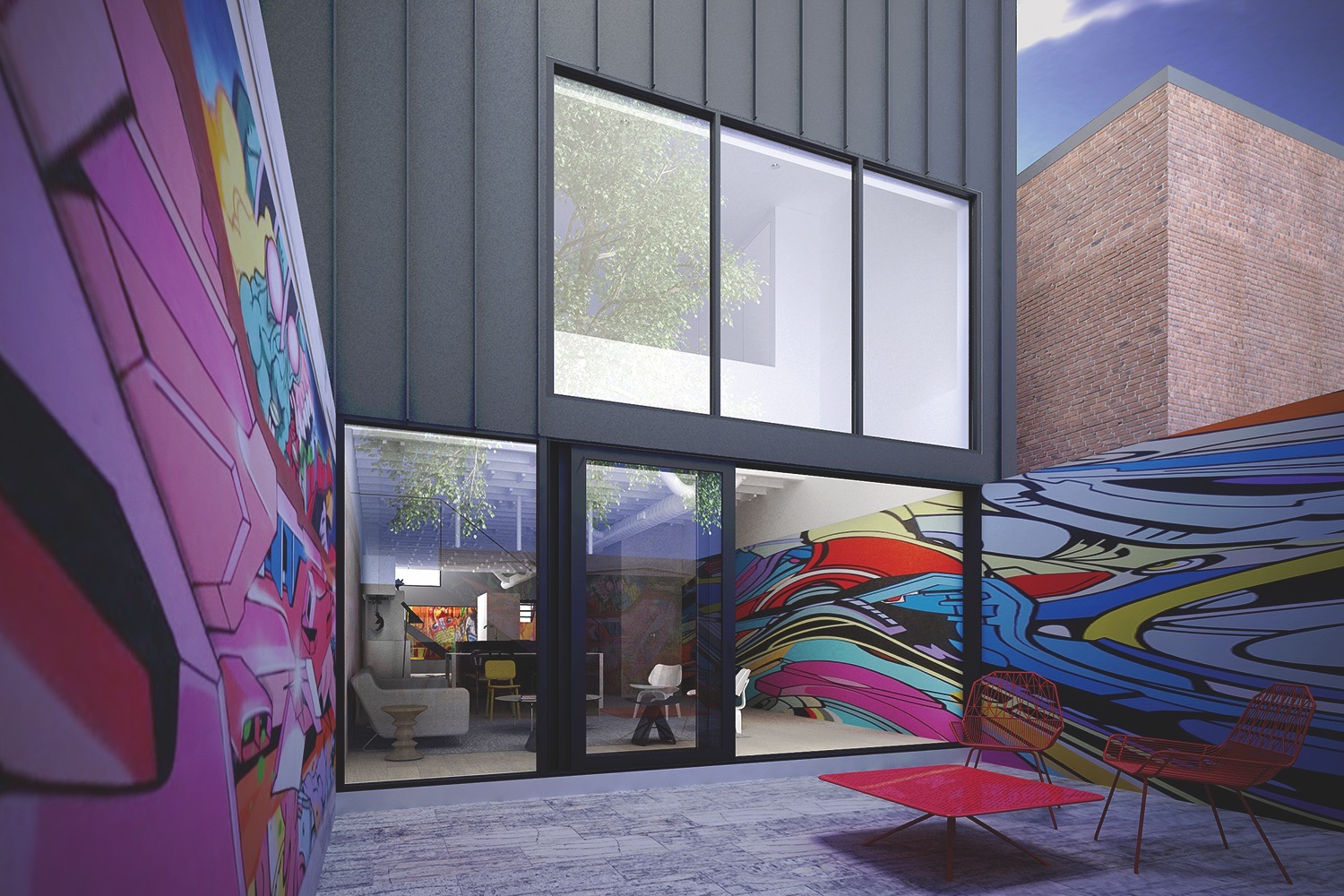 The upper unit is organized around a double-height atrium that brings natural light and ventilation into the centre of the apartment. Two exterior courtyards punctuate either end of the floor plate: a double-height balcony overlooks the street at the front, and the master bedroom enjoys a rear terrace.

Double Duplex creates an activated urban environment on the busy residential street. In contrast to a static building façade, which would be out of context adjacent to ornate historic residences, the project acts like a large art installation with material and spatial depth. The two-storey brise soleil is angled so that multiple images appear to passersby as they walk past it, and the screen catches the light’s movements throughout the day. Composed based on cloud images, the screen evokes loose, variable associations and emotions. The effect is somewhat akin to the cloud animals that we have all seen as children, losing ourselves in daydreams.

:: Maxime Frappier :: The façade is simple but very sophisticated. It’s composed and it’s subtle, it doesn’t look artificial. It also contributes to the legibility of the duplex: you understand that the lower storeys are one unit and the upper storeys are another unit.

:: Pat Hanson :: This project proposes a sensitive solution to infill. The screen draws inspiration from the masonry detailing of the existing Victorian houses on the same street. The approach is intelligent in providing two very amenable units per building by excavating and using the lower level of the basement as a principal living space.

:: Johanna Hurme :: I appreciated the volumetric play. There is more to the project than just a façade: the units are well connected vertically and light enters the spaces in a dynamic way.