Diamond Schmitt Architects has won the Interior Green Wall Award of Excellence for an innovative campus building at University of Michigan in Ann Arbor. Weiser Hall is a mid-century, ten-storey academic tower on the university’s central campus transformed to create a collaborative environment for interdisciplinary study and exchange. Formerly named the Dennison Building, the structure was stripped to its concrete shell and envelope and revitalized with a deep retrofit to all building systems. 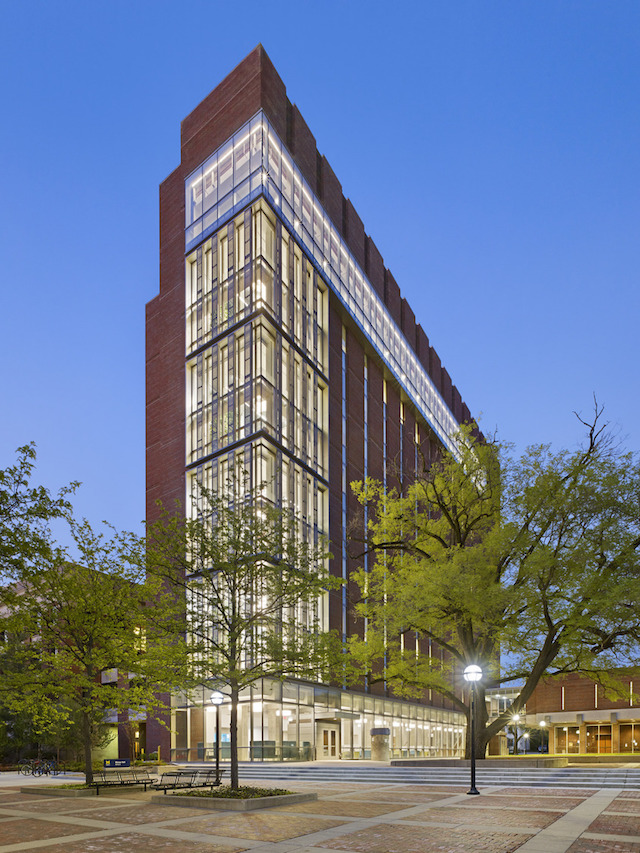 More significantly, its separate floors were cut back and interconnected to create four double-storey neighbourhoods, thus linking disparate disciplines in clusters. Each vertical neighbourhood overlooks the campus and each is animated by a 25-foot-high living biofilter delivering clean air, wellness and the aesthetic pleasure of biophilia.

“We saw the opportunity to create connection between all floors and academic groups within the academic tower and to create a green beacon seen across campus,” said Don Schmitt, Principal Diamond Schmitt. “The vertical neighbourhoods connect students, faculty and staff and illustrate a new paradigm for converting half-century-old structures into new academic buildings at 25 percent less cost than new construction.” 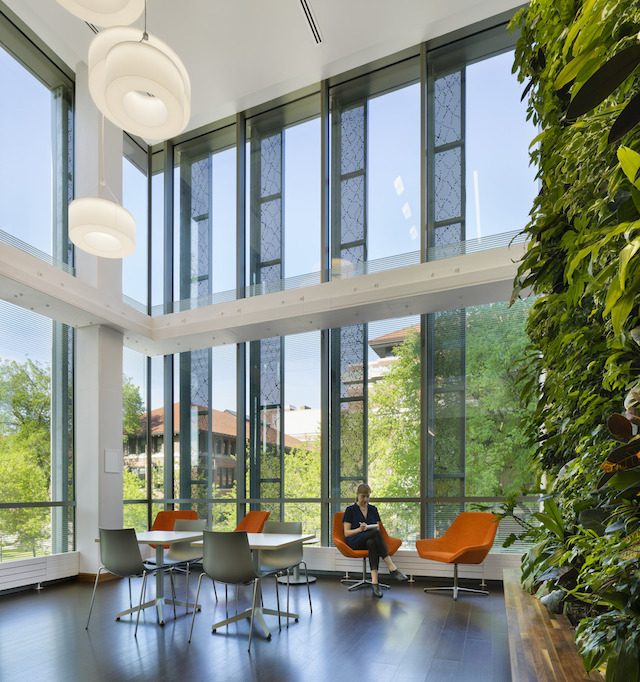 The green wall award was presented at the CitiesAlive conference in New York City. It is the seventh Green Wall and Roof Award for the firm from among 18 living walls designed by Diamond Schmitt. Past winning projects include a six-storey living wall at University of Ottawa’s Faculty of Social Sciences; the Papadakis Integrated Sciences Building at Drexel University in Philadelphia; the atrium of the Royal Botanical Gardens in Burlington, Ont.; Corus Quay office building and One Cole condominium in Toronto; and the green roof at Bridgepoint Active Health Care in Toronto.

Past experience with the living wall, whose commercial application was pioneered by Diamond Schmitt and developed by NEDLAW Living Walls, provides anecdotal evidence of everything from lower absenteeism to higher productivity to an improved sense of wellbeing by occupants of buildings with this green feature. “Bringing the outdoors inside has a positive psychological effect,” added Schmitt.