Diamond Schmitt Architects has announced the expansion of its ownership and design teams with the appointment of new Principals and Associates. The firm is based in Toronto with studios in Vancouver and New York City. With the latest round of appointments, the firm comprises 20 Principals, 26 Associates and architectural and support staff.

“These promotions acknowledge the breadth of experience and contribution these talented architects have brought to a wide range of projects,” said Donald Schmitt, Principal, Diamond Schmitt Architects. “As our firm continues to grow, so does the need to extend design depth across the office.” 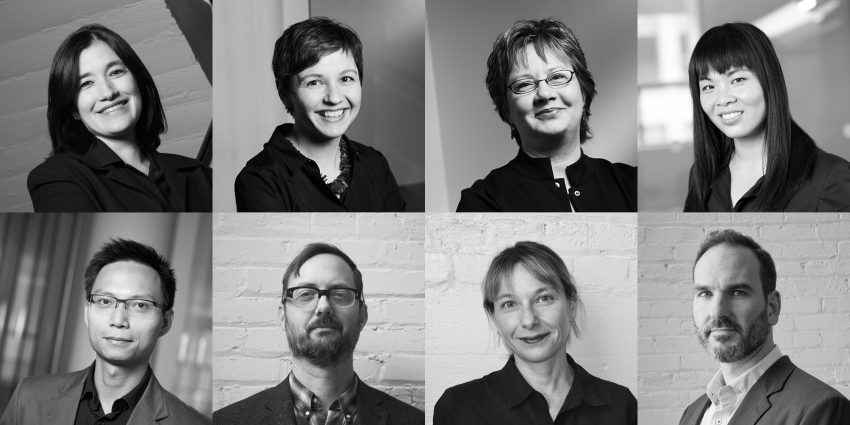 Ms. Llanos is in charge of Diamond Schmitt’s new studio in Vancouver and oversees Emily Carr University of Art + Design, which opens its new home campus this fall. Current projects include planning studies for the Vancouver General Hospital and the one-million-square-foot Mirvish Village redevelopment in Toronto.

Newly appointed Senior Associate Antra Roze is steering McMaster University’s largest campus facility through construction, the Living and Learning Centre, in Hamilton. Her prior projects include Bridgepoint Active Healthcare and the Toronto Centre for the Arts.

Mr. Tai is currently at work on Transit City condominiums for Vaughan Metropolitan Centre and a recreation facility in Oakville, one of the first projects in Canada for a municipal client using the Integrated Project Delivery model.

Ms. Wa is based in New York City and has distinguished herself in the performing arts sector. She most recently worked on the plans to re-imagine David Geffen Hall at Lincoln Center. Previous projects include the FirstOntario Performing Arts Centre in St. Catharines, and the Mariinsky Theatre in St. Petersburg, Russia.

Ms. Eckhardt is working on a laboratory modernization for Environment and Climate Change Canada. Past projects include the LEED Platinum CanmetMATERIALS facility for Natural Resources Canada, and a student residence and culinary arts centre at Centennial College in Toronto.

Mr. Costain has immersed himself in transforming Robarts Library, the largest academic library in Canada, first with a major renovation, and now an expansion that will add 1,200 additional work and study spaces.

Mr. Reed has experience across a broad portfolio of projects and is currently working on the revitalization of Ottawa’s former train station and government conference centre as it transitions to become the ten-year home to the Senate of Canada. Restored, made accessible and to be open to public after 50 years, the landmark Beaux Art building re-introduces the processional route and completes the unfinished east façade.

Diamond Schmitt Architects is based in Toronto with studios in Vancouver and New York City. With the latest round of appointments, the firm comprises 20 Principals, 26 Associates and architectural and support staff.