Windmill Development Group has been selected through a competitive process to partner with the City of Guelph in developing a One Planet Living community in downtown Guelph. One Planet Living is a planning and sustainability framework predicated on principles including sustainable food and water, zero carbon energy, zero waste, equity and economy.

“Windmill has a long history of leading the most progressive sustainable mixed use communities in the country through innovative design, development and finance practices” says CEO Jonathan Westeinde. 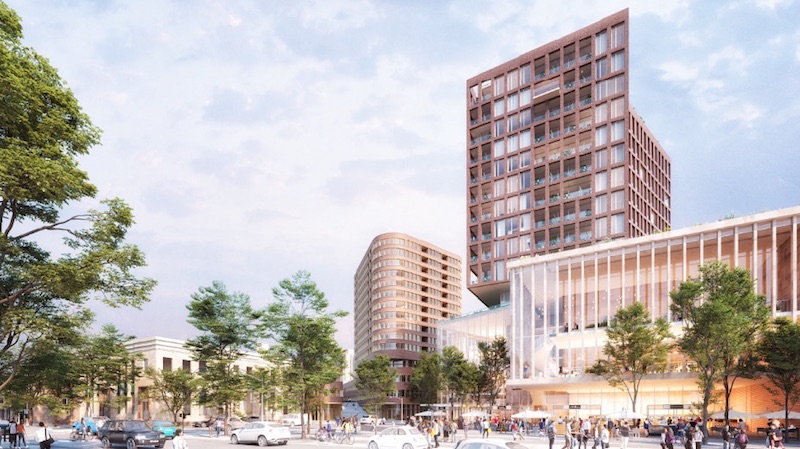 Windmill’s architectural team for the Guelph project will be Diamond Schmitt Architects and DTAH, both with substantial experience and creativity in creating complete communities. “Diamond Schmitt are excited to be part of an architectural team that will lead a socially and environmentally sustainable new core development for the City of Guelph,” says Duncan Bates, Associate.

“The Baker Street development represents a tremendous opportunity to reinvigorate Wyndham Street North with new civic and cultural resources and a significant population of new residents,” adds Megan Torza, partner at DTAH, whose firm will be handling landscape and urban design, as well as architecture alongside Diamond Schmitt.

Windmill’s sister strategic consulting company, Urban Equation, is a key partner on the team, designing a sustainability framework that is based on the One Planet Living principals. Urban Equation, which recently signed on to assist Sidewalk Labs in Toronto, has been a leader in North American sustainable real estate advisory services since 2003.

“We could not be more pleased with the aligned vision and strong partnership opportunity we have to work with the City of Guelph to create a truly defining city building project” says Alex Speigel, Windmill’s partner leading the project.

Market research has demonstrated interest in downtown Guelph among young professionals, as well as empty nesters seeking to live in a walkable urban neighbourhood. The City’s Downtown Secondary Plan, approved in 2012, paved the way for the Baker District to respond to the market with a major mixed-use development. The site of the planned urban community is between Woolwich and Quebec streets, bordered by Baker Street to the West and St. George’s Square to the East.

Two distinct residential buildings – one on the north side and one on the south of a new public street, will provide approximately 275 residential units to support the City’s intensification goals. The inclusive community will accommodate the needs of singles, couples, families with children, and seniors, with a component of the suites planned as affordable housing. The focal point of the new community will be a dramatic new public library design and prominent public plaza.