Professor, school director, and landscape architect Ron Williams is the recipient of the prestigious honour.

“Over the course of a career spanning more than 50 years, Ron Williams has been at the forefront, both witness and protagonist, of questions about the place of design in landscape architecture. Through these questions, two positions were confronted. The first was based on the rich heritage of the history of the art of gardens and advocated the combination of contemporary culture, technology, and nature in the creation of meaningful spaces. According to the second, landscape architecture was essentially about creating functional, sustainable, healthy, and pleasant places to be. Ron Williams’ work is forged at the intersection of these two positions, in a balance that is entirely consistent with his personality,” says Isabelle Giasson, AAPQ, FCSLA. 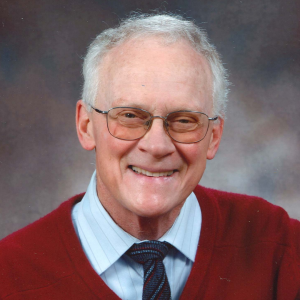 The long-time professor and director at the School of Landscape Architecture of the Université de Montréal, graduated from McGill University in architecture (1964) and the Sorbonne (Diplôme de civilisation française, 1965).

He participated in many of WAA’s award-winning projects including the Montreal Beach Park on Ile Notre-Dame; the Biodôme de Montréal; and the Jardin de l’Espace Saint-Roch and the rehabilitation of avenue Honoré-Mercier in Quebec City.

Williams has also written and lectured extensively at academic, professional, and cultural events. His most significant contribution to the history of landscape architecture is the book he has been diligently writing over fourteen years of research: Landscape Architecture of Canada. The book chronicles the evolution of landscape architectural thought and practice in changing geographical, historical, and cultural contexts.

“A leader, an academic, a practitioner, an author, a researcher, an advocate: Ron Williams has had a significant national impact in every facet of his 50+-year career,” says the CSLA jury. “He helped develop the landscape architecture program at the University of Montreal, became a beloved professor, applied rigorous research standards to his own work, and built a nationally recognized repertoire of work as a founding partner of WAA (Williams, Asselin Ackaoui and Associates).”

Frank Gehry: “You don’t see what’s going on, until all of a sudden, there it is.”