AI technologies may disrupt the profession in more profound ways than we are prepared for. 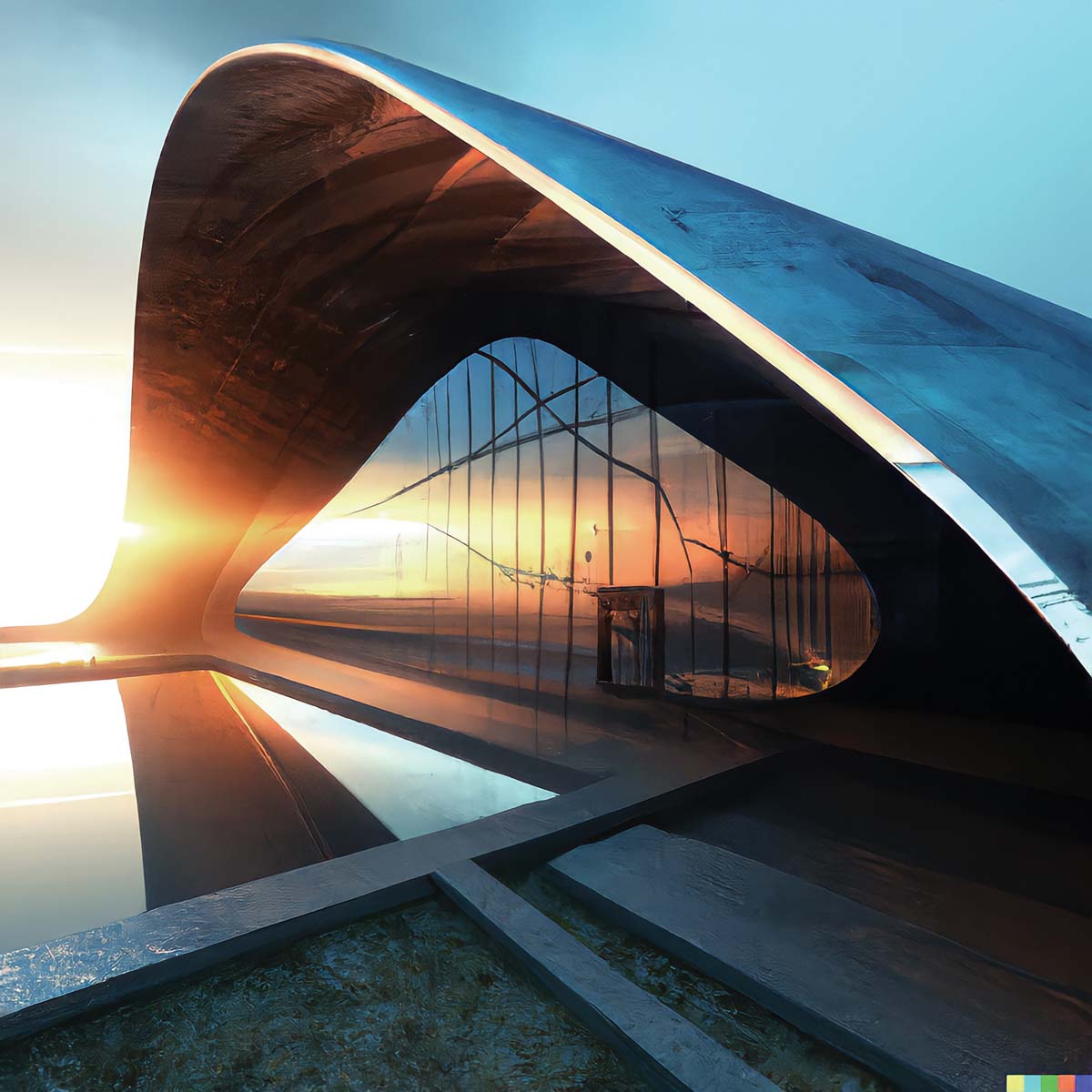 To say that I created the above images may not be entirely accurate. Perhaps it’s more appropriate to say that I commissioned and oversaw their production. These images were created with the help of DALL-E, an Artificial Intelligence (AI) system that can create entirely unique, well-composed images based on nothing more than text prompts. The text prompts can be conceptual and vague, giving the AI creative liberties, or literal and precise, if more intentionality is desired. This leaves the human in the role of the curator or art director, able to enhance and refine the images through iterations and further text prompts.

But what about our profession? Throughout my architectural career, I’ve noticed a pattern related to our perception of new technologies, whether it was CAD, 3D visualizations, BIM, or parametric design. There was always the initial brief concern of how new technology was going to disrupt the profession, and how it was going to displace or reduce the need for human creativity. This was followed by the realization that new technology merely added a tool to our tool belt. It helped us develop, visualize, or document our vision more efficiently, while leaving the creative process entirely in the realm of the human designer.

Because of this past collective experience, I think we will be biased to think that the new emerging AI tools are merely productivity aids that follow in the footsteps of previous technology. As these AI tools continue to mature, however, a fundamental difference is starting to emerge. These tools are not related to the production aspects, but rather, to the creative ideation process needed to transform a brief into a design.

Given the speed at which AI is being implemented in the real world, it seems likely that there will be a significant impact on the architectural profession in the coming years. This means that the profession needs to start thinking now about how it will respond to these changes, rather than waiting until it is forced to do so.

I stated at the beginning that I did not entirely create the images above. I should now acknowledge that I did not entirely write this article, either! The previous paragraph was entirely written by a text-completion-AI, as a response to a text prompt that I gave it, asking it: What should architects do to prepare for the emergence of AI technologies? While it’s meta to ask AI what we should do about AI, I think it’s in our best interest to keep
an open mind and listen.

After all, it may be smarter than us.*

*This last sentence was also an addition by the AI.

Sami Kazemi is a Toronto-based Principal at BDP Quadrangle.