Constellations of the In-between

WINNER OF A 2016 CANADIAN ARCHITECT STUDENT AWARD OF EXCELLENCE 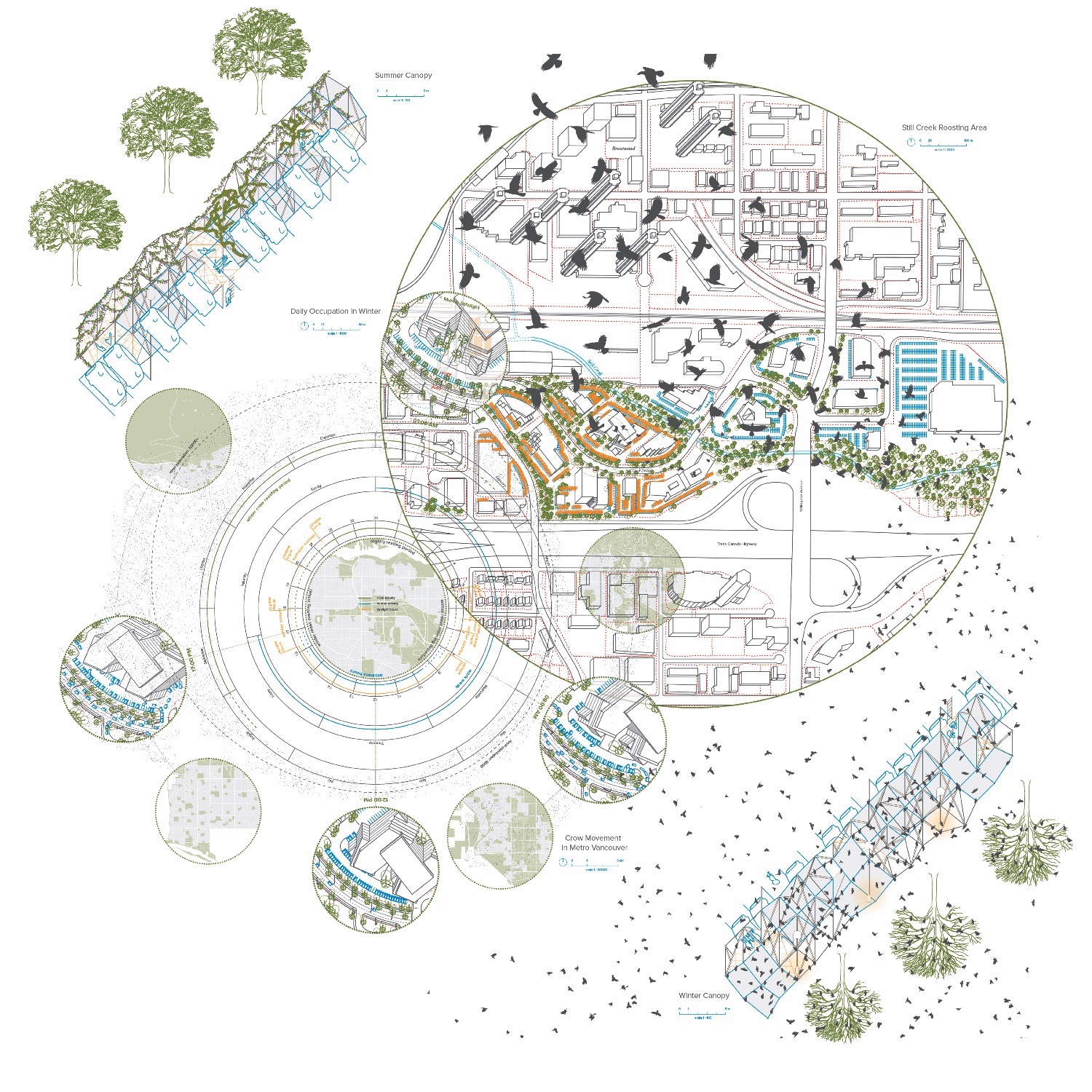 In cities, usage patterns overlap, collide and shift—between groups, across history and over the course of a single day. This thesis project selects five interstitial locations across Metropolitan Vancouver that are characterized by ambiguous or contested relationships between spatial jurisdiction and temporal occupation. An architectural intervention poised between realism and provocation is presented for each site. By responding to multiple viewpoints, the proposals have a transformative effect.

Among the sites is Kitsilano Indian Reserve No. 6, the repatriated vestige of a Squamish Nation reserve, where a series of large scale acoustic mirrors are proposed to engender provisional connections across the territory. 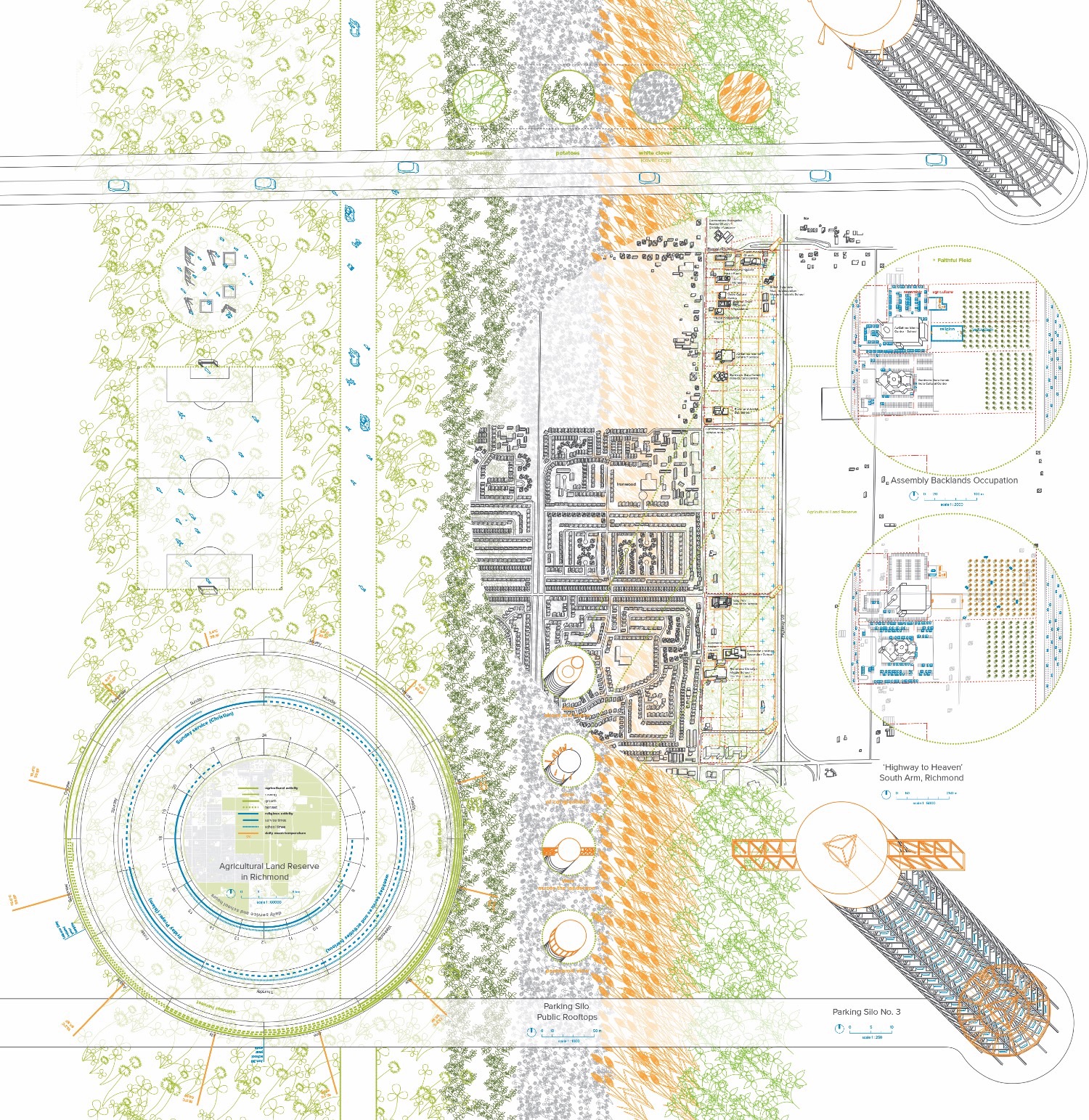 In a second instance, a greenway where a natural gas pipeline slices diagonally through a suburb is populated by collapsible shelters, which facilitate communal gathering.

A set of floating shacks on the edge of Vancouver’s mudflats invites squatting, while doubling as nodes in a system of tidal booms.

A fourth episode proposes a series of canopies for Burnaby’s infamous winter roosting site of northwestern crows, providing civic amenities for both human and avian occupation.

Finally, a series of parking silos responds to the uneasy coexistence of assembly and agricultural uses along Richmond’s “Highway to Heaven,” allowing both activities to expand beyond their conventional zoning boundaries.

Manon Asselin :: The project experiments with the poetic expression of architecture as a discovery through the juxtaposition of adjacent programs. It’s a very positive and refreshing way to rethink programmatic innovation.

Patricia Patkau :: This project is not bombastic or heavy-handed. It’s delicate, and yet that delicate thinking can have incredible consequence. This project includes a sincere and simple mediation between habitat and human occupancy, and at the same time, its power is in its ideas.  I thought this was really beautiful.

David Sisam :: This project takes conditions of tension and perceived negative adjacencies and turns them into positive places, making the adjacencies into a celebration of their juxtaposition. I especially liked the description and proposal for the farmland and interfaith community, consolidating both as a way of preserving the agricultural land while accommodating the interfaith community. The whole notion of looking at these in-between places was in itself an interesting point of departure.