For Global Climate Strike week, here’s a roundup of articles on the climate crisis and Canadian architecture.

1. What’s the problem, anyways?
This 2016 article by Douglas Macleod is a comprehensive account of where we are at in the buildings sector—which accounts for up to 35 percent of Canada’s greenhouse gas emissions. “All of our national organizations, all of our provincial regulators, all of our schools of architecture and every single Canadian architect needs to work together and lobby all levels of government to ensure that they understand, and act on, the importance of energy efficient buildings—unsexy though they may be,” writes MacLeod.

2. The 2030 deadline
The IPCC’s report in the fall of 2018 upped the need for urgent climate action in the buildings sector. Here’s my summary along with some suggestions for how we can construct to limit warming to 1.5ºC, which will require halving our global GHG emissions by 2030.

3. Embodied Energy: Our Blindspot
While architects have been focusing on operational energy, embodied energy is the industry’s blind spot. In the next thirty years, the sourcing, manufacturing, and transport of materials will consume as much energy as the operation of all buildings in the world. “The buildings industry consumes almost half of the world’s material resources every year, so we cannot keep turning a blind eye to our embodied carbon footprint,” writes Anthony Pak. “This needs to change, and it needs to change fast.” 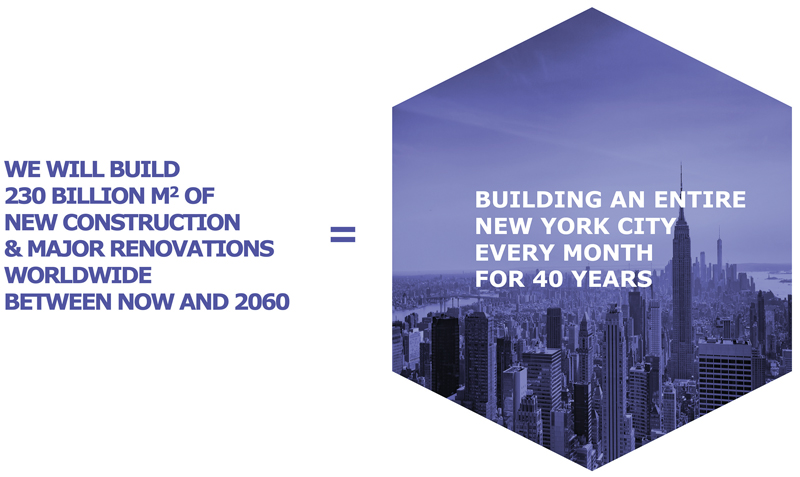 4. Looking up North
Canada’s north is the canary in the coal mine for the planet – and it’s warming up to three times faster than the rest of the planet (Canada as a whole is warming twice as fast as the rest of the world). Vancouver architect Kevin Vallely moonlights as an explorer, and he saw the change close-up in his attempt to traverse the entire Northwest Passage by row-boat, in a single season—a feat unimaginable in Sir John Franklin’s time, when the explorer’s massive ships were crushed by sea ice.

Where are we so far?

In sum, Canada needs to be doing more to cut its greenhouse gas emissions from the built environment, through widespread incentives for deep retrofits, a new national building code, increasingly stringent requirements on embodied energy, and more.

A Senate Committee report from last November gives the scorecard of where we’re at. Based on the policies that were in place as of September 2017, GHGs from buildings in 2030 will be about 3% lower than in 2015. To achieve GHG emissions reductions from buildings at a level consistent with Canada’s national GHG emission reduction targets in the Paris Agreement, we will need to reduce emissions in the building sector by 25% by 2030. Says the Senate report, “Evidently, governments will need to take further actions to achieve the national targets.”

If you take into account the IPCC’s report from last fall, we need to do even better: to avoid the certainty of the most catastrophic results from climate change, including the loss of entire ecosystems, the world’s emissions will need to peak in 2020, be halved by 2030, and decrease to net zero by 2050.

Even the goals of the existing Paris Agreement targets will take concerted action to achieve, including by architects. “Achieving the 2030 target will require a herculean shift in how energy is produced and consumed in Canada. For the years beyond 2030, one must imagine a society essentially transformed and decarbonized,” says the Senate report.

On a hopeful note, it adds: “Witnesses offered conflicting testimony on whether or not the economy would be harmed by achieving government targets. In any case, a decarbonized society means new economic opportunities, lower pollution and better air quality, improved health outcomes and increased productivity through more energy efficiency improvements.”

On the Day of a Global Climate Strike, Canadian Architects Commit to Action on the Climate Crisis