Martha Thorne, an American architectural scholar, curator, editor, author and urbanist, is currently the Executive Director of the Pritzker Architecture Prize and Dean in at the School of Architecture and Design at IE University in Madrid. 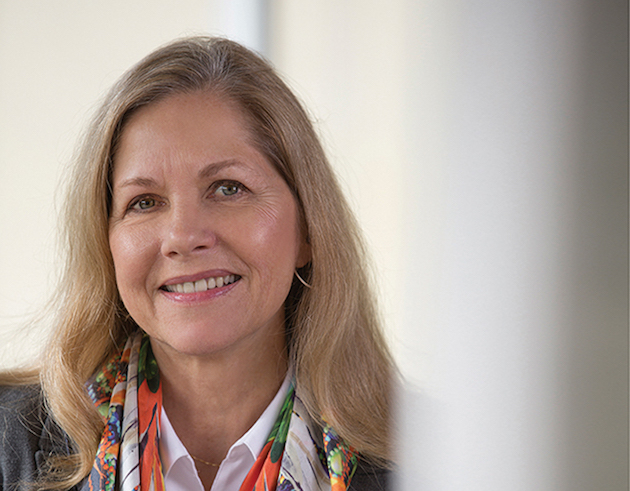 CA: As a society, what is our most urgent need right now in architecture and urban design?

Thorne: Making connections between the built environment and other disciplines. We have to be conscious of the interrelated systems of city policy, rather than saying: Oh, this is a political problem or an economic or an architectural or urban-design or education problem. Those silos just don’t make sense today. As just one example, concerns about health and sustainability are directly related to the physical environment through air quality, which is in turn related to cars and parks and trees and construction materials. But they’re also related to how easy it is to walk on the sidewalk, how safe it is to bike on the road.

CA: You are a North American working in a European capital. What’s happening overseas that we could learn from on this side?

Thorne: London is the model for us, having 50 architects and designers working for the city as advisors. That’s more the exception than the rule in European capitals, but in general, Europeans understand that architecture is a cultural expression as much as a technique for building. For public buildings, competitions are the norm, and that brings cultural, symbolic and even economic value to public buildings. Also, there is a big emphasis on social housing, not only for providing shelter but in favour of making quality environments that are appropriate for the residents. City administrations are held a little more accountable for what they build—not just meeting budget constraints and construction timetables, but also that the projects contribute to the fabric of the city.

CA: As an educator, you’ve developed something unique at the IE School of Architecture and Design: a masters degree in real estate development! What prompted you to create this programme?

Thorne: There is a widespread failure to recognize that whatever is built should be of the best quality, though not necessarily the most expensive. Real estate development is about city-making, but our cities are rife with poor-quality developer buildings. About half of our students come from business, and the other half from architecture and design. When they study together, they absorb and share information about real-estate law, business, construction et cetera, as well as about design. By learning the vocabulary and understanding the principles from other disciplines, the architects and designers are empowered, the business people are enlightened, and all the fields are motivated to work more closely together.

CA: What is the biggest city-building popular myth?

Thorne: That any one building can guarantee the long-term success of a city. In my mind, the Bilbao effect is a myth. Architecture can do a lot, but it does so by addressing several problems in concert with other disciplines and phenomena, and other buildings.

CA: Interesting observation, coming from the Executive Director of the Pritzker Prize, whose recent selections have reflected that evolution.

Thorne: The evolution of the Prize comes from the jury and the Pritzker family’s encouragement of deep discussions to keep the Prize strong and meaningful. It certain isn’t the prize today that it was 40 years ago. In the beginning, it was more seen as an individual creative endeavor, because that’s where architecture was at that time—much more about poetry in building. The jury citations are now longer and more explanatory, reflecting society and the current concerns of the design community.

CA: What is your take on technology’s pending transformation of cities?

Thorne: With the massive rise of technology, we often focus on the tool rather than the outcome. We hear about self-driving cars, but very little talk about how this will impact the physical environment and space once instituted into cities. So I’m skeptical, because designers are not sufficiently engaged. Designers are capable of analyzing not just about road widths and passenger numbers, but also thinking about where people are going and how to ensure that services, workplaces and other elements will meet their needs.

CA: Your nutshell advice for urbanists?