Toronto-based urban designer Ken Greenberg is a former Director of Urban Design and Architecture for the City of Toronto, and Principal of Greenberg Consultants Inc. In a career spanning more than four decades, he has played pivotal roles on projects including Brooklyn Bridge Park on Brooklyn’s East River shoreline, the Vancouver Downtown View Corridor Study, the Rose Kennedy Greenway District study in Boston, and Master Plan for the Grand Parade in Halifax. His projects relating to the rejuvenation of Toronto’s downtown, waterfront, and neighbourhoods include Harbourfront Centre, Regent Park’s in-progress redevelopment, and The Bentway. 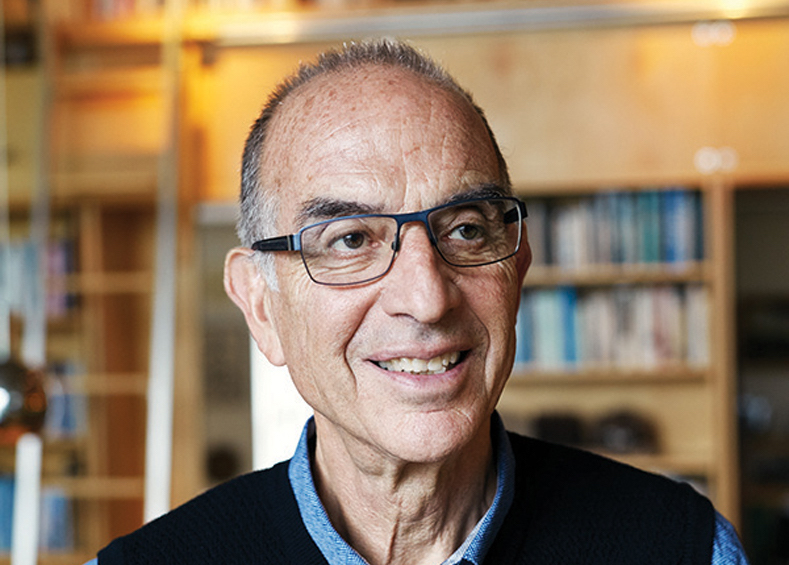 CA: As a society, what’s our most urgent urban design need in 2018?

Greenberg: It is a multi-headed challenge: to reimagine the city in the throes of a major multi-layered transformation, driven by a profound shift from the auto-driven paradigm of past decades; an urgent  environmental imperative in the face of climate change; radical  increase in density and diversity; growing social inequities and polarization by geography; a new economy; and a tech infusion, all at once and in combination.

CA: What current city-building myth would you most like to debunk?

Greenberg: “Myth” isn’t the right word, but decision makers are finding it hard to let go of some holdover beliefs from the post-World War II paradigm. One is the lingering attachment to land-use segregation  of where we live from where we work–the idea that in many cases  we are perversely still trying to promote employment by excluding  living–despite all we have learned about the mutual benefits of mix and synergy. Another is the continual ranting about a “war on cars” and the failure to understand that the more we get people out of cars and walking, cycling and using transit, the better it will be for those who have to drive.

CA: What cities are blowing you away with brilliant strategies for the public realm—and what could we learn from their examples?

Greenberg: Each city is inspiring in a different way. In Colombia, there’s the Ciclovía in Bogotá [roadways blocked off to cars and turned over  to pedestrians and cyclists at set hours each week] and the libraries and cable cars in the hillside barrios of Medellín. I would also mention Amsterdam and Copenhagen, for their sophistication in shared street design for active transportation; Hong Kong and Tokyo, for embracing great density with fine-grained animated street life and extremely  efficient transit; Melbourne, for its adaptive re-use of laneways and laneway buildings; New York, for its move back to its multiple waterfronts and its intensity; Barcelona, for its reworking of Cerdà’s Eixample grid to reroute vehicular traffic around pedestrian “superblocks”; Paris, for its auto reduction and re-embrace of the Seine; London, for its emerging King’s Cross area, and on and on. Our Canadian forte in this constellation may be our embrace of diversity and conscious expansion of the shared “commons” in our big cities in a way that most parts of the world are finding very difficult to do.

Greenberg: If I had to pick just a few successes they would be the Brooklyn Bridge Park; the St. Paul [Minnesota] riverfront; and in Toronto, the Kings Regeneration Initiative [1996 planning and zoning changes  to support the redevelopment of two formerly industrial areas on King Street], the Lower Don Lands, the ongoing revitalization of Regent Park, and currently of course The Bentway. I can’t honestly cite any failures, but every experience has brought lessons about what works and what doesn’t. A couple that stay with me are the immense value  of bringing people together and building consensus, and allowing room for life to take over by avoiding the tendency to be overly prescriptive.

CA: Your nutshell advice for urbanists?

Greenberg: It is never about one thing in isolation. It is about getting out of silos and seeing connections.

Better than before: 3 ways design can ease the transition to safety for survivors of…

The finance management course will introduce key concepts for financial literacy and provide a comprehensive in-depth understanding of important terms, strategies, and reports. Simply put, this course will explore an

The finance management course will introduce key concepts for financial literacy and provide a comprehensive in-depth understanding of important terms, strategies, and reports. Simply put, this course will explore an architect’s role in managing firm operations and finances.

Key actions and ongoing processes such as analysis, budgeting, setting billing rates and integrating finance with other areas of the business will be presented and discussed. By the end of this course, participants will learn that providing high-quality architectural design services, and managing a successful and profitable business, are not mutually exclusive.

This course is not only for architects, interns, project and finance managers in practice but also to public sector professionals involved in the financial management of architectural projects.