Andy Yan is an urban planner and the director of the City Program at Simon Fraser University. A former research director at Bing Thom Architects, he gained plaudits from social activists and notoriety among some developers and realtors for researching and reporting the harsh impact of foreign investment in the Vancouver housing market. 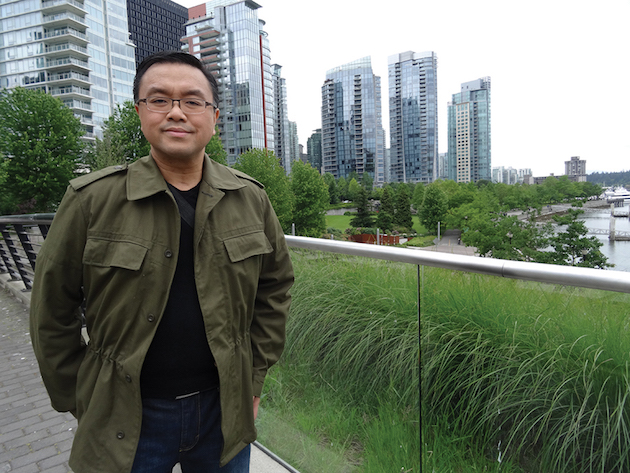 CA: As a society, what’s our most urgent need right now in urban design?

Yan: To handle the convergence of a world while dealing with climate change, income inequality, migration and technology. We used to think of cities as population basins receiving largely one-way migration, but now we are entering an era of cities as “spaces of flow” as opposed to cities as “basins of populations,” a unique change from previous eras of urbanism. So we have to manage, leverage and adapt to the flows of people, capital and ideas between city regions—not just of the wealthy and privileged but a spectrum of demographic and cultural groups. That’s a really big challenge. But we have no choice: Canada can’t fail.

CA: What is our biggest “missed opportunity” in this realm?

Yan: Not looking at the connections between land use, transportation, public health and design. We have to create a system that acknowledges and rewards their interrelationships. Architecture and urban design can have a tremendous effect on health and well-being in a way that’s not always apparent. For example, one of the most powerful drugs for physical and mental health is walking. We’re all so caught up in taking a pill, but actually taking a 15-minute walk around the block can eventually save thousands of dollars in healthcare costs. So you have to create buildings and neighbourhoods with walkability in mind.

CA: What is the biggest urban-design myth you’d like to debunk?

Yan: Within this renewed quantitative revolution in urban planning, the idea that data is destiny. But I say: data is just a tool in dialogue. A example is density, using migration data to stack and pack and rack people into high-rise housing, instead of using that as the start of a conversation. Take the case of family housing: everybody might be focused just on the numbers in terms of size or rents or mortgage payments, but if the housing is badly designed for families or without a human-friendly neighbourhood fabric and nearby transportation and amenities, what have you actually accomplished?

CA: What impact does demographics have on the design of cities?

Yan: Well, we have to recognize that demographics change. Take the 1929 Harland Bartholemew plan for the City of Vancouver, which fundamentally structured the urban fabric of our city, even though it was never formally adopted. The plan marked the importance of schools, recreation and green spaces, and annotated these areas for toddlers, school children and adults. But what about the seniors? They are completely omitted from this beautiful illustration in the plan. So I looked at life expectancies: in 1931, the closest census date to 1929, the average male lived to 62 and average female to 65. So the source code for Vancouver urbanism was: you just died before you got old. And now, men and women are both living an extra 20 years. Yet we still haven’t found a comprehensive approach to an aging demographic in our urban-design thinking.

CA: How can we resolve the logjammed debate about foreign real-estate investment and its impact on housing affordability for local residents? Some call it xenophobia; others see the wealthiest global 1% taking over.

Yan: We haven’t yet created the language to deal with this current phenomenon of global investment that, by circumstance, comes mainly from one country now. This is something that Bing Thom had always drilled into me: create a common language between different groups of people. “Make sure you’re not a duck talking to a chicken,” he’d say—we’re all poultry, alike in most ways but still with some differences. Our country and our cities have changed so much that our language has not caught up. In politics and society, when we talked about “citizenship,”  it had a different meaning before. So we need this conversation, this new social contract between individuals and the larger community.

CA: What do you know now that you didn’t know back then?

Yan: Once again courtesy of Bing Thom: that problem-defining is just as important as problem-solving. As a planning student, you’re always focused on finding the solution. During my time with Bing, he would say: Hold on, back up, let’s first define the problem! I wouldn’t be anywhere near where I am today if I hadn’t worked for Bing.

CA: In a nutshell, your word of advice for urban citizens?

Yan: Civic virtue. Urbanism is not only about what we’re wanting to do, but the sacrifices we’re willing to make to achieve it.