WINNER OF A 2022 CANADIAN ARCHITECT AWARD OF MERIT

“The project proposes a well-designed urban solution to the housing problem. The vibrant mix of forms and uses would create a strong community feeling. Bringing back the traditional Montreal alley as a pedestrian space is a strong solution, tying together the different parts and providing a playful environment. The relatively low-volume massing should help with sun penetration and mitigate wind.” – Louis Lemay, juror

Montreal’s Mercier-Hochelaga-Maisonneuve borough is about to become a lot more populous. On multiple mega-blocks in the shadow of the former Olympic Stadium’s looming, leaning mast—a constant reminder of the dangers of thinking big without thinking things through—several major residential/mixed-use redevelopments are underway.

One of these, Canoë by developer Rachel Julien, designed by Aedifica and ADHOC architectes, comprises approximately 650 condominium units, 200 rental units and 158 social housing units, in tandem with at least 5,600 square metres of retail space. Its mix includes 20% community housing, 20% rental housing and a wide range of family-centric affordable housing units. The Canoë team’s two main strategies for thinking smart while thinking big are inclusive, pedestrian-priority urbanism and a holistic approach to a new neighbourhood’s resource management and energy consumption.

Residential buildings of three to twelve storeys are organized around Canoë’s Allée des Artistes, a pedestrian street that slices through the site on a diagonal. Amenities directly bordering this promenade include multiple art galleries and an artists’ workshop, six playgrounds, a grocery store, a gym, multi-purpose space, and co-working space. Other on-site features are a pharmacy, a day care and several coffee shops.

Along one edge of Canoë’s site, 10% of the land will be developed as a linear park. Multiple courtyards and green roofs provide additional respite in a development that will concentrate a large supply of new housing units near two metro stations. A variety of circulation routes helps ensure that multiple speeds and modes of travel—on foot, on a bike, in a car—can be integrated safely and harmoniously.

The varying heights and diverse footprints of Canoë’s buildings are a starting point for endowing an entirely new development with some of the variety of a cityscape that has evolved over time. Along l’Allée des Artistes, façades are bevelled at the street edges to reduce massing and shading; varying this faceting from one building to the next adds animation to this activity-oriented corridor. Meanwhile, the materiality acknowledges that facing a street is a very different condition from facing a courtyard. The “public” façades will have mineral and masonry cladding that complements the colour and materials palette of the surrounding blocks. On courtyard-oriented façades, a light metal cladding will help compensate for more limited exposure to natural light. 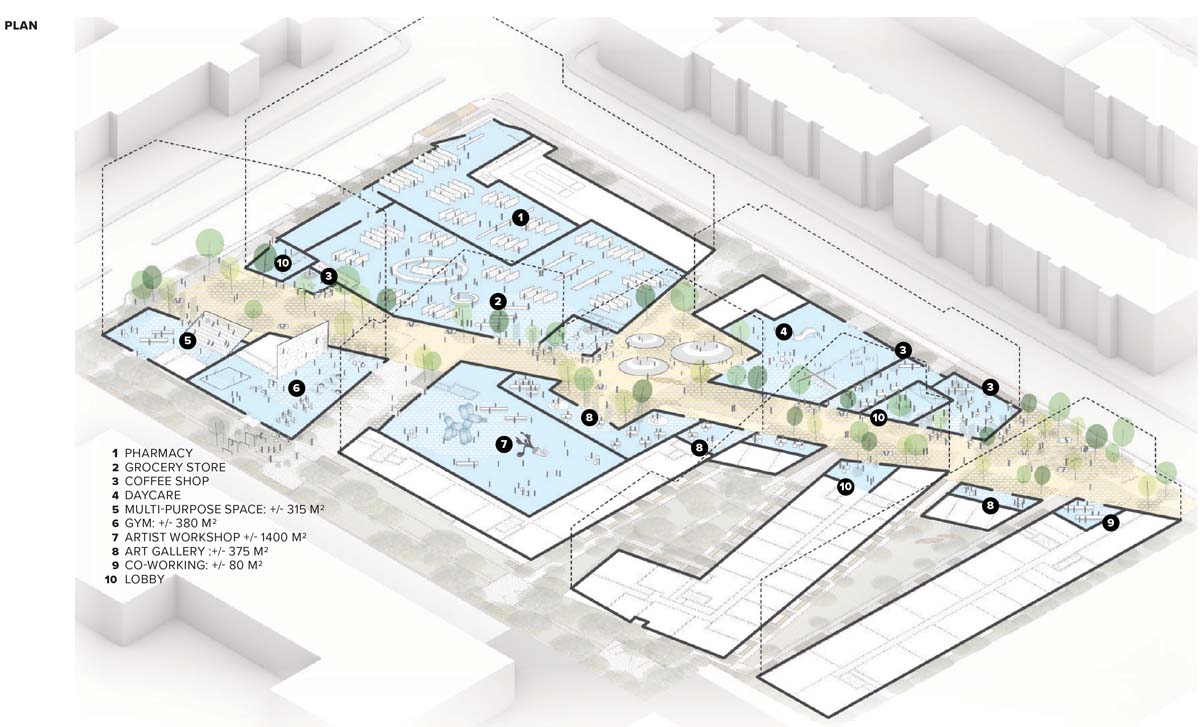 The developer has partnered with Énergir to integrate renewable energy sources and thermal energy redistribution initiatives into an infrastructural loop that targets a 60% reduction in energy consumption and at minimum an 80% reduction in greenhouse gas emissions, compared with conventional developments. In addition to increasingly common technologies such as a geothermal system and the preheating and precooling of ventilated air, sustainability strategies include heat recovery from grey water, recovering remaining energy from electric vehicles via reversible terminals, and even collecting energy generated by humans exercising on gym equipment such as stationary bikes. As well, members of Canoë’s community will have opportunities to grow some of their own food and support a beekeeping program. 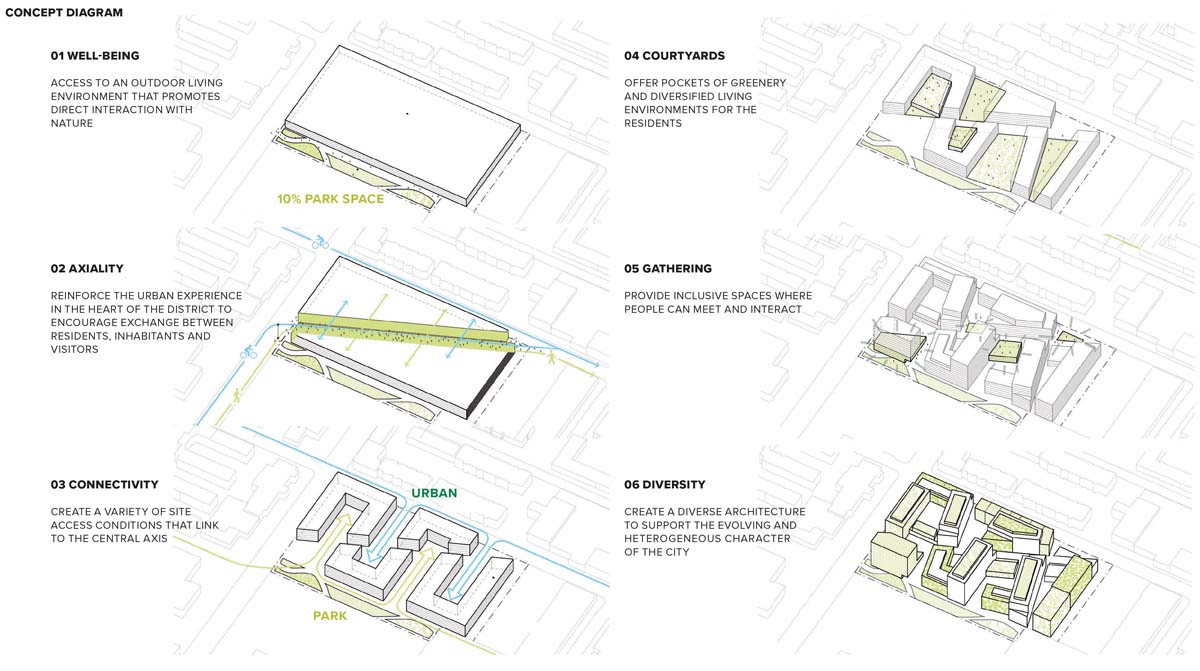