Canadian Architect has won a National Magazine Award for Best Publisher. The award was announced on April 28, 2020.

Bestowed under the National Magazine Awards: B2B program, the award goes to the publisher whose brand best delivers on its editorial mandate through numerous platforms. The jury considered criteria including the achievement of journalistic excellence, presentation, service to readers, innovation, and use of multiple content platforms to serve and grow the brand’s audience. 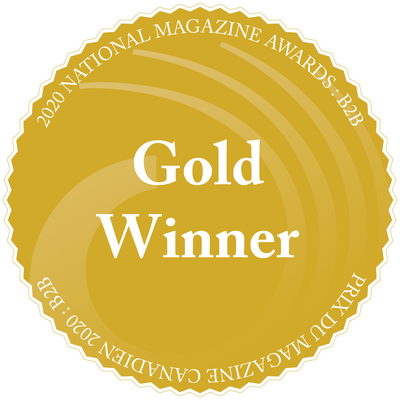 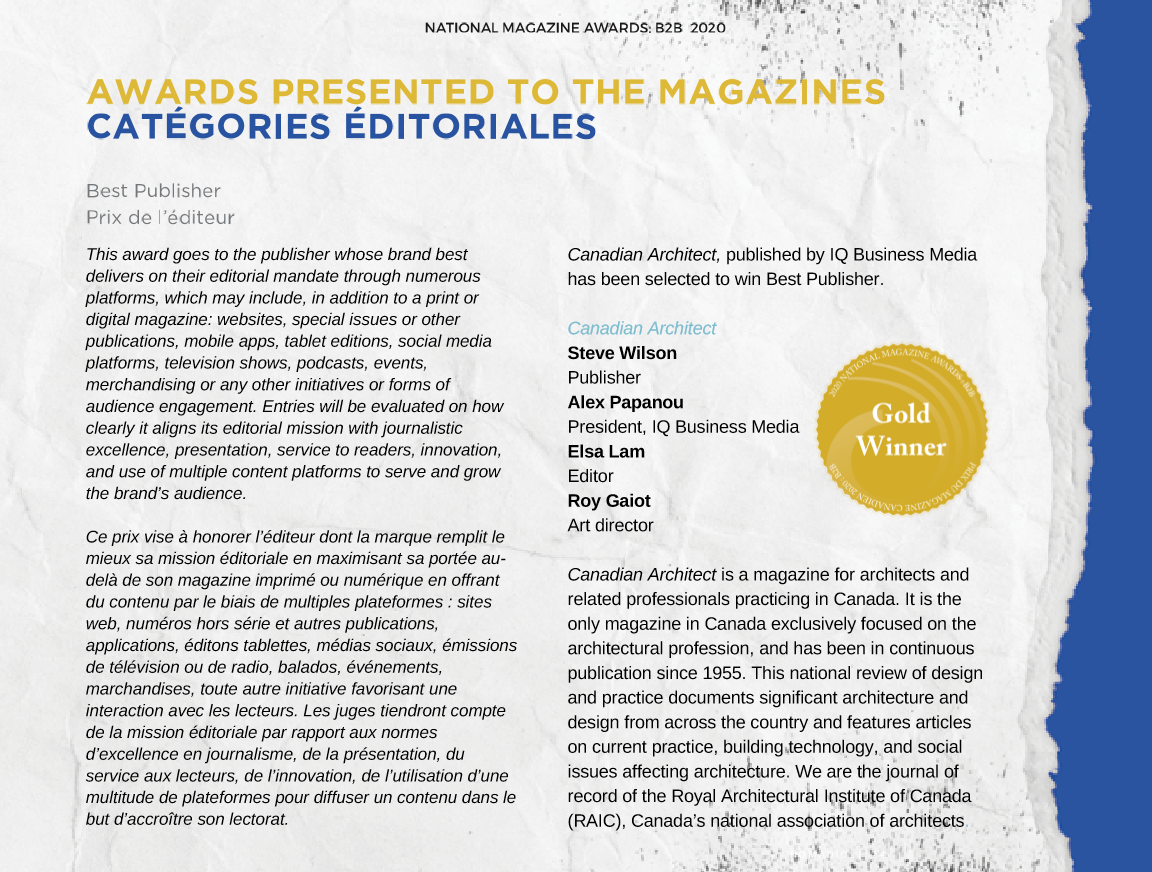 The competition attracted hundreds of entries from 64 publications, in 19 categories.

We are pleased to announce that @CdnArch published by IQ Business Media has been selected to win this year’s #NMAB2B20 Best Publisher award. Congratulations! pic.twitter.com/YuShnSjf4h 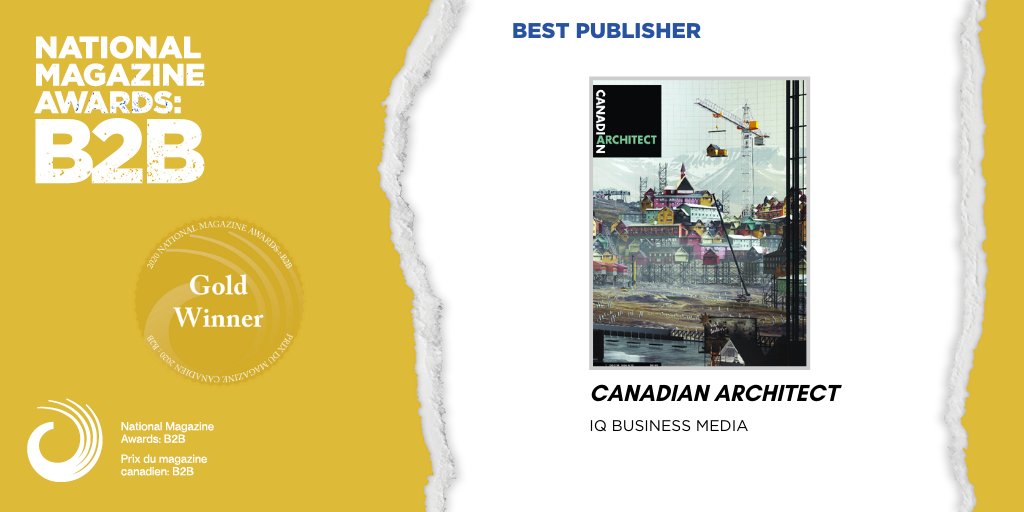