Canadian Architect has won a Gold award for Best Editorial in the National Magazine Awards’ inaugural B2B competition. The winning piece, by editor Elsa Lam, was entitled Design Like a Mother, and appeared in the magazine’s November 2018 edition. 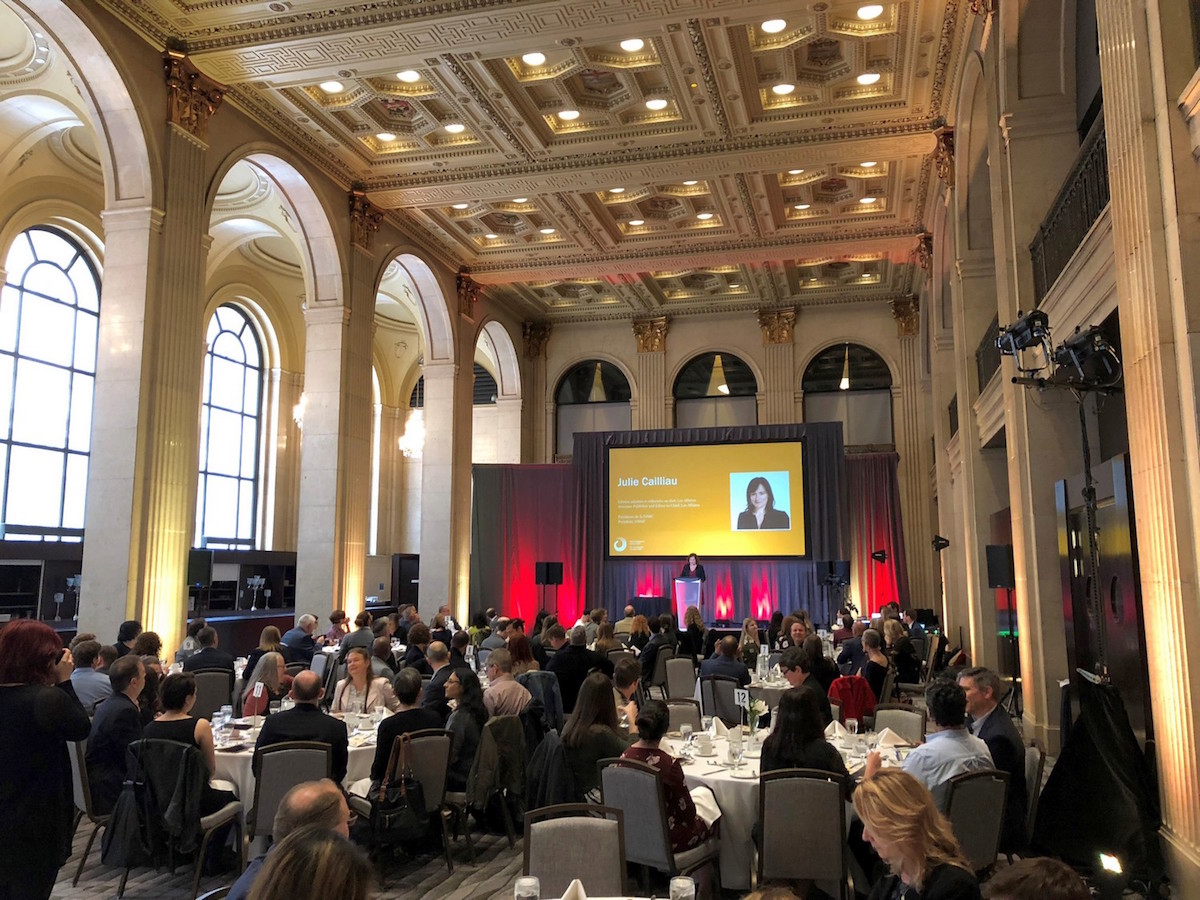 “This piece was written when I returned from maternity leave, and shares observations about the built environment from navigating the city with a small human for a year,” said Elsa Lam in accepting the award. “Diversity is important to all professions, including architecture, and this editorial points out some of the ways that different lived experiences can impact the way we design.”

The gold and silver awards—for the 18 NMA: B2B categories—were presented on May 29th at an awards luncheon at One King West, Toronto, hosted by Peter McNeill. 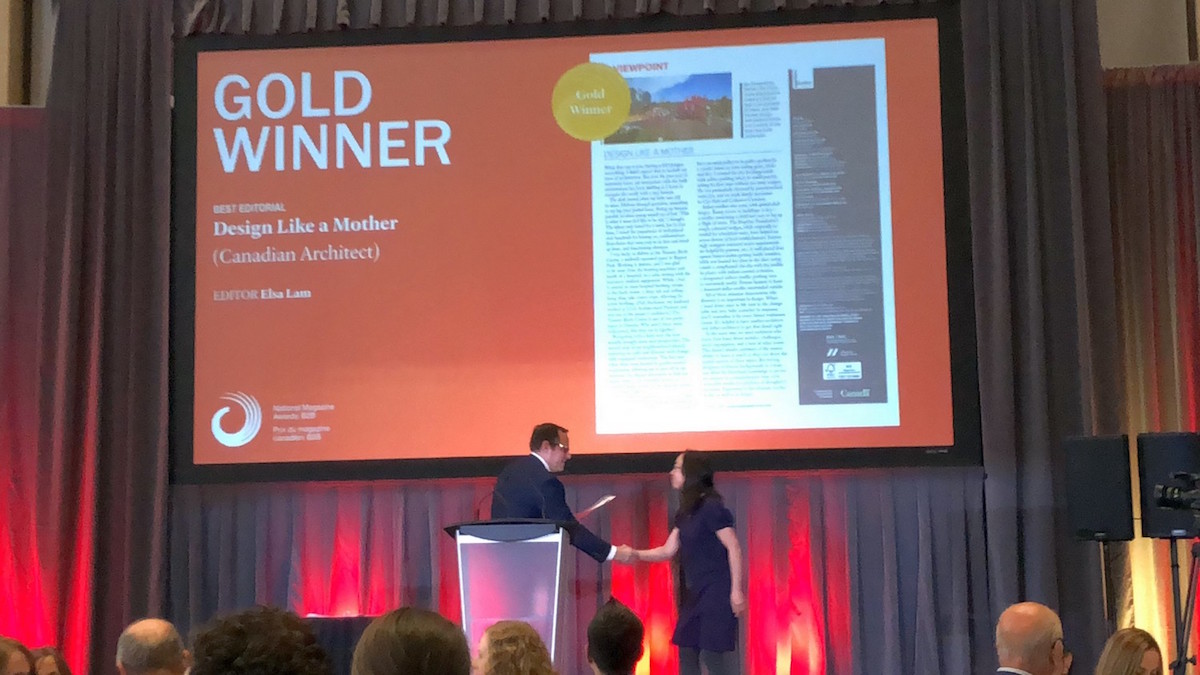 The full list of winners can be viewed here: https://nmab2b.com/

The National Media Awards Foundation (NMAF), which runs the awards program, is a bilingual charity dedicated to promoting excellence in journalism and visual creation. Since 1977, the Foundation has been awarding prizes to journalists, writers, photographers, illustrators and other professionals of the press, who are distinguished by the quality of their work. Through its awards programs, the Foundation promotes the development of healthy journalism by encouraging both seasoned professionals and the next generation to continue their vital work for our society.

The Architecture+Design Film Festival has been postponed intact to September 16-20th. Here’s hoping it can proceed. The full programme is online at adff.ca  We would like

The Architecture+Design Film Festival has been postponed intact to September 16-20th. Here’s hoping it can proceed. The full programme is online at adff.ca We would like to again thank all of the film sponsors for their contributions. It is a great line up and we really hope to present it.