What is the future of architectural design? What are the guiding principles that are shifting design-thinking? How is leading-edge scientific research influencing the built world? Architects are pushing the boundaries of functionality, energy-efficiency and technology—but how do these advancements translate into meaningful architecture? Leading international architects will discuss the inspiration and influences for their latest projects on the 2018 International Architectural Roundtable: Architectural Design: Shaping the Imagination.

Canadian Architect magazine is a sponsor of the event and together with The Buildings Show, is pleased to offer a complimentary pass to all architects and OAA members.

Space is limited so register today to reserve your spot! Ensure the promo code IART18 is applied and complete your registration to the final step. Register here. 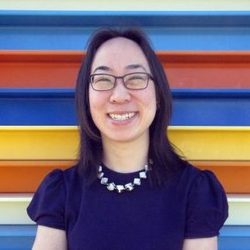 Elsa Lam is the moderator of the roundtable. Elsa is editor of Canadian Architect magazine. She holds a doctorate in architectural history and theory from Columbia University, completed under the supervision of Kenneth Frampton and Vittoria di Palma. She previously studied architectural history at McGill University and architectural design at the University of Waterloo. Elsa has written extensively for architecture magazines and collaborated on the editing and writing of several books on design history. Previous to her role at Canadian Architect, she worked with the Canadian Centre for Architecture in Montreal. 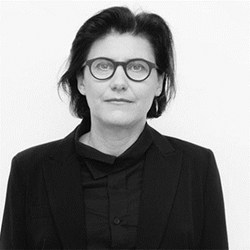 Dominique Jakob is one of the two founding partners of JAKOB+MACFARLANE architects with Brendan MacFarlane. Dominique Jakob grew up in Africa before studying in Paris. She received a bachelor degree in Art History from the University of Paris I in 1990 and graduated from the Architectural School of Paris-Villemin in 1991.   She has taught at the Ecole Spéciale d’Architecture in 1999-2000 and Architectural School of Paris Villemin and Malaquais from 1994 to 2004. She became a member of the Académie d’Architecture in 2016. Dominique was offered the Officer insignia award for services to Arts and Letters by the Ministry of Culture in 2011. She regularly participates in international juries or lectures. From 2013 to 2017, she has been a consulting architect for the city of Toulouse and has been a member of the Administrative Board of the CNAP (French Arts National Center) from 2012 to 2015. Main projects to date of JAKOB+MACFARLANE include the Restaurant Georges at the Pompidou Center, Paris (2000), the reconstruction of the Theater of Pont-Audemer, France (1999–2000), the Florence Loewy Library (2001), the new Communication Center for Renault (inside the 57 Metal built by Vasconi) (2004), the Ricard Contemporary Art Foundation (2007), the Hérold 100 social apartments building in Paris (2008), The Orange Cube office building with the RBC Design Showroom in Lyon (2010), the Docks of Paris – Cité de la Mode et du Design (2008-2012). Recently, the office delivered the ‘’Turbulences’’, new building of Frac Centre (Contemporary Art Regional Fund) in Orléans (2013), the Euronews TV world headquarters in Lyon (2014). 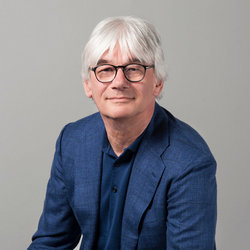 Mels Crouwel graduated as engineer from the Faculty of Architecture at Delft University of Technology in 1978. In 1979, he founded the office Benthem Crouwel Architects in Amsterdam together with Jan Benthem. Mels Crouwel is a member of the Royal Institute of Dutch Architects (bna) and a honorary member of the Association of German Architects (bda). By paying great attention to functionality, sustainability and solutions to design problems and with a personal passion for art and culture, Mels Crouwel has worked on many international renowned museums, public buildings and cultural platforms. His design among others is seen in the restoration of the Anne Frank House (Amsterdam), the Bergbau Mining Museum (Bochum), FOAM photo museum (Amsterdam), De Pont museum for contemporary art (Tilburg), the Stedelijk Museum Amsterdam and music venues of allure such as 013 (Tilburg). Within the first ten years of starting Benthem Crouwel Architects, Mels Crouwel became the supervising architect for the biggest trade and convention centre of The Netherlands, Amsterdam RAI. or the last twenty years, he has put forward numerous plans, both renovation proposals and urban schemes for the complex that welcomes close to 2 million visitors a year. Mels Crouwel has been a member of multiple committees and boards, such as the Amsterdamse Kunstraad (1985-1987), Raad voor de Kunst (1987-1991), Nederlands Architectuur Instituut (1996-2004) and the Amsterdams Fonds voor de Kunst (1998-2005). From 2004 until 2008 Mels Crouwel held the position of Chief Government Architect to the Dutch government. In 2012 he joined the Supervisory Board of Koninklijke Tichelaar Makkum. Mels Crouwel has given public lectures in the Netherlands and abroad, including Beijing, Berlin, Bochum, Bayreuth, Cape Town, Chicago, Darmstadt, Dessau, Dortmund, Hamburg, Jerusalem, Leuven, London, Munich, New Delhi, New York, Seattle, Stockholm, Stuttgart, Toronto and Vienna. 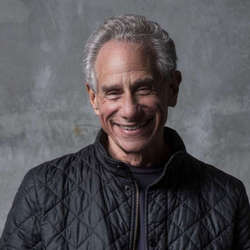 Eric Owen Moss is an unrelenting voice in the search for new form and content in architecture. Building, writing, lecturing, and teaching around the world, Moss continues as a salient advocate of non-allegiance to those who forever attempt to standardize and homogenize the definition of architecture and the world it inhabits. Moss was born and raised in Los Angeles, California. He received a Bachelor of Arts from the University of California at Los Angeles. He holds Masters Degrees in Architecture from both the University of California at Berkeley, College of Environmental Design and Harvard University’s Graduate School of Design. Eric Owen Moss Architects was founded in 1973. The office, located in Culver City, is staffed with 25 professionals designing and constructing projects in the United States and around the world. The firm has garnered over 120 local, national, and international design awards. 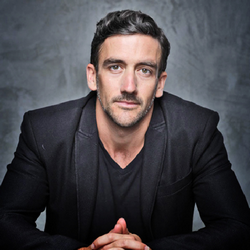 Matthew Rosenberg is an international award-winning designer who was born and raised in Saskatoon, Canada. Rosenberg’s most recent acclamations have landed him on Forbes ‘Small Giants’ list while Inc. Magazine has named him one of the ‘Top 10 Designers Every Business Should Have On Their Radar.’ In 2012, Rosenberg returned to Los Angeles after working at MAD Architects in Beijing to launch M-Rad Inc. Rosenberg is acting CEO and Design Director at M-Rad Inc. where he leads an international team working on projects around the world. His mission is to revolutionize the architecture industry to resolve its inefficiencies by expanding the scope of the architect. In less than five years he has built a client list with the likes of Amazon, Equinox, SpaceX, Ring, Blue Bottle Coffee, Virgin Hotels, Zappos, WeWork, TopGolf, and over 50 other curated partners and clients. Rosenberg has developed projects around North America in Los Angeles, New York, San Francisco, Nashville, Las Vegas, Toronto, and Saskatoon, and has started to expand to Italy, Portugal, Taipei, and Australia. He holds a Bachelor of Fine Arts in Studio Art (University of Saskatchewan), a Bachelor of Environmental Design in Architecture (Dalhousie University), and a Masters of Architecture (SCI-Arc) which he received alongside a Selected Thesis Award. He has also studied architecture at McGill University in Montreal and the Louvre in Paris.