Canadian Architect and Canadian Interiors magazines are celebrating their respective awards programs – the 50th Awards of Excellence and the 20th Best of Canada Awards – by hosting an Architecture & Design Party on November 29 in Toronto, titled PARTi.

The magazines are inviting the A&D community to join them on Wednesday November 29 at the Awards Ceremony for the 50th Canadian Architect Awards of Excellence and the 20th Canadian Interiors Best of Canada Awards – which are being held at the IIDEX Keynote Theatre as part of IIDEX at The Buildings Show at the Metro Toronto Convention Centre. 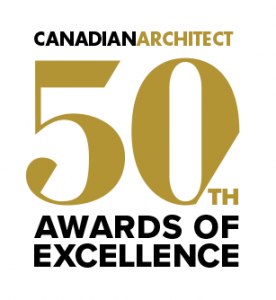 Then, right after the Awards Ceremony, more than 300 award winners, finalists and their teams, as well as leading architects and interior designers from across Canada, will gather at Toronto’s historic Story’s Building for PARTi.

PARTi 2017 will be a night to remember, with hors d’oeuvres and a gourmet food stations, open bar, great music, collegial interaction and camaraderie —all in all a fine celebration in the 170-year-old vintage brick and beam Story’s Building at 11 Duncan Street in downtown Toronto.