On Thursday, January 17, the official launch of the Nova Scotia chapter of Building Equality in Architecture Atlantic (BEA Atlantic) will be held at 2 Crows Brewing Co. from 7:30 PM – 10:30 PM in partnership with the national movement Building Equality in Architecture (BEA), a not for profit organization promoting excellence, diversity and equity for the profession of architecture. This launch celebrates the beginning of BEA Atlantic in Nova Scotia. The event will allow interested members to register, to learn more about upcoming BEA events and offer a great networking opportunity. 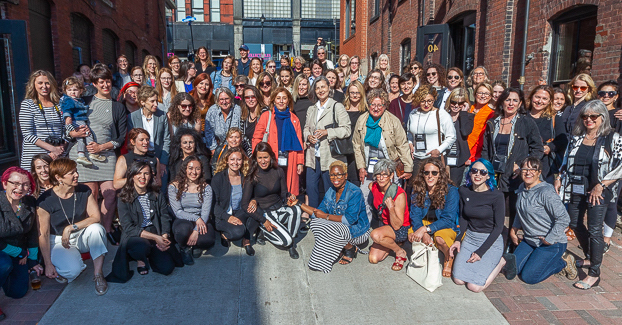 BEA Atlantic was publicly launched in Saint John, New Brunswick at the 2018 Royal Architectural Institute of Canada (RAIC) Festival of Architecture. With the aim to connect the Atlantic provinces through public outreach events, lectures, and workshops; initiatives that will develop strategies and practices of equality in architecture across the four provinces. In 2019 BEA Atlantic will launch new chapters in PEI and Newfoundland to strengthen local programming. We invite friends, partners, allies, and colleagues to mark this exciting occasion by coming together to share ideas on how to propel the initiative forward in Atlantic Canada. The keystone of BEA Atlantic is leveraging opportunities for women and other underrepresented groups to engage with leaders and mentors in our profession and promote the development and networking with diverse leadership across eastern Canada. 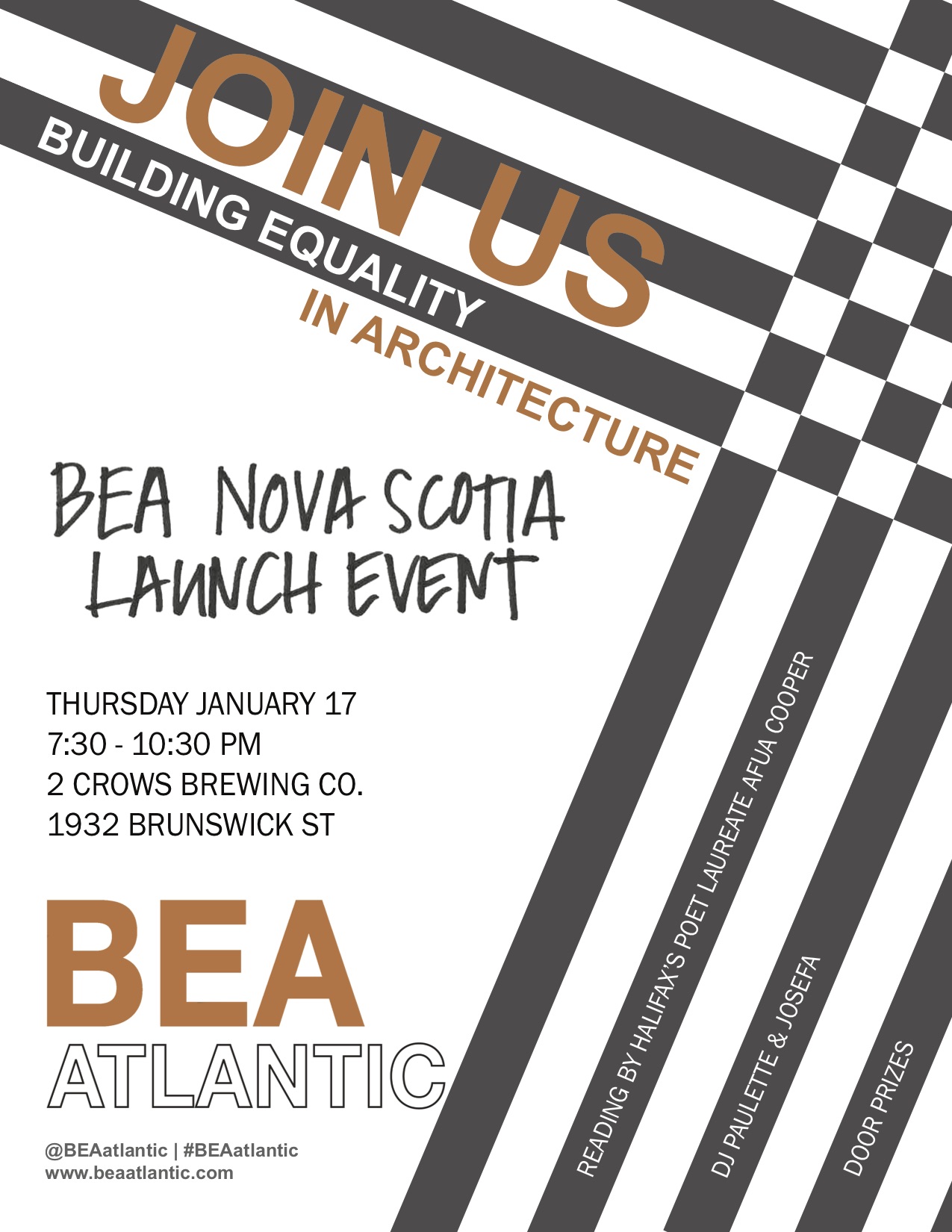 BEA, now a national movement, was spearheaded by Building Equality in Architecture Toronto (BEAT) a not for profit organization formed in October 2015 by a team of dedicated architects and designers with the support of locally established architects. It is an independent organization dedicated to supporting equality and diversity in the profession of architecture through advocacy, community engagement and professional development. As its Atlantic Canadian arm, BEA Atlantic will develop programming and social networking events across the region. We aim to support continued mentorship, networking and leadership opportunities in architectural and collaborative fields; to promote the idea that design excellence, diversity and equity are not mutually exclusive.

To mark this significant movement for the Nova Scotia chapter, Halifax’s poet laureate Afua Cooper will perform a poetry reading on the night of the event. Introductory words of welcome will be given by award winning architect Monica Adair, partner at Acre Architects and BEA Atlantic Managing Director.

More information about BEA Atlantic — including registration for this Thursday’s launch event – is available via the organization’s official website, linked here.