It’s been about a decade since the term “Vancouverism” entered the popular lexicon. Also known as the “Vancouver Model,” we see it typified by glass towers with spectacular views of the sea and mountains, set amidst a rich and variegated public realm. In his new book, Larry Beasley, the city’s former co-director of planning, revisits Vancouverism’s origins, celebrates its successes, and suggests possible solutions for the affordable and social housing crisis the city currently faces.

For as Vancouverites know, much has happened in those ten years—including the sea change with our provincial government, made inevitable by the outgoing government’s denial of the emerging affordable housing crisis. By looking the other way while Metro Vancouver and other housing markets replaced aging low- and mid-market housing stock with luxury condominiums, all three levels of government have been responsible for the current mess. 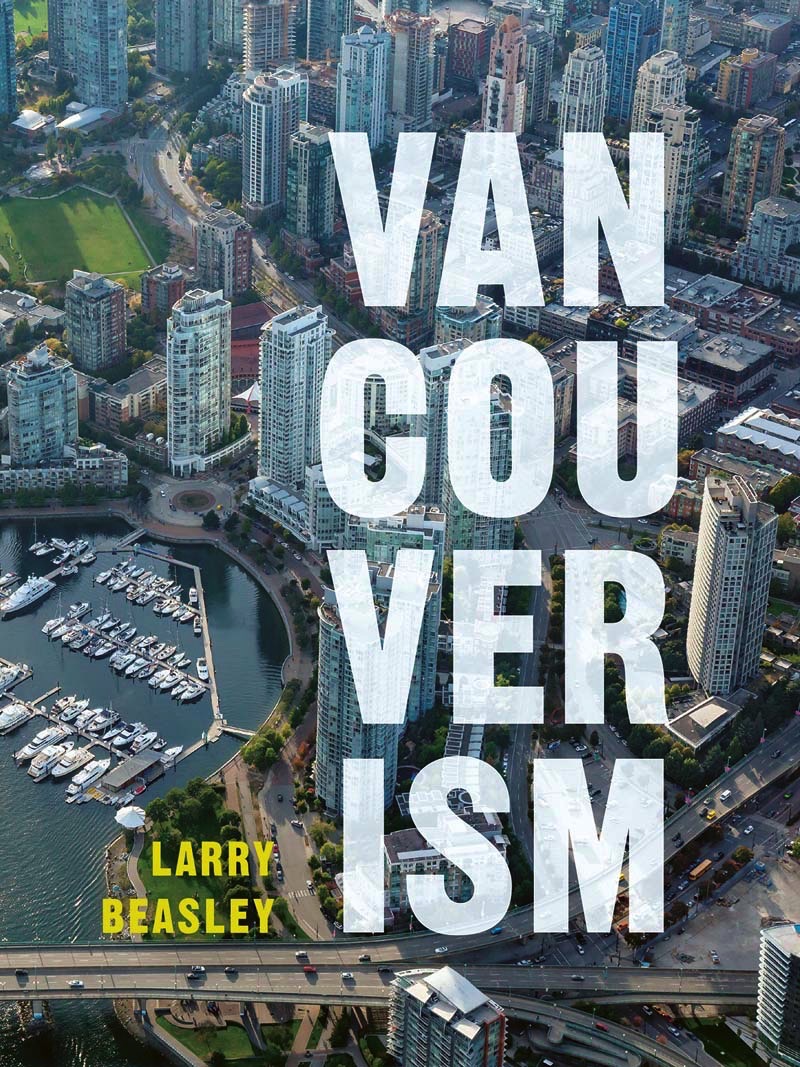 In the first few pages, Beasley enumerates what the book is not: including that it is not a silver bullet for the city’s problems. And since he left the City in 2006, Beasley has been vocal in criticizing the development industry’s preference for building luxury housing (sold to speculative buyers and investors) over normal housing stock for locals. Several years ago, I heard Beasley speak to a room full of developers at a UDI luncheon. You can imagine their surprise when he outright scolded everyone in the room for not doing the right thing—building affordable housing.

Now back from consultations in Abu Dhabi and Rotterdam, along with a more recent stint in Brampton, Ontario, Beasley provides a much gentler rhetoric in this book than what I heard at that luncheon. The book is centred on an exposition on what has worked locally and abroad with the Vancouver Model. And while he doesn’t claim outright ownership for the brand in the same way that former Vancouver mayor Sam Sullivan sought title to Eco-Density, this 424-page tome definitely puts Beasley’s stamp on Vancouverism.

An introduction written by local journalist and urban advocate Frances Bula is a history lesson, enumerating the key components that were in play when Beasley and Anne McAfee became directors of the City’s planning department in 1994. Notable were the city’s proximity to nature, the cancellation of a downtown freeway in the 1970s, and the savvy of planning director Ray Spaxman, who put the planning department back together after the freeway scheme was overturned. Bula’s history sets the bar high for the narrative to follow.

Beasley then takes the stage, opting to tell his story in the first person, and in so doing makes the journey very much a personal one.
It’s an entertaining ride, rife with stories of the trials and tribulations of working with developers, architects and politicians during his fourteen years in Vancouver’s planning department.

The book is intended primarily for planners and citizens curious to hear his story. Those in the architectural community are more likely to be familiar with Trevor Boddy’s 2008 exhibition of the same name, which is curiously absent from Beasley’s story. And though he mentions many of the architects showcased in Boddy’s show, the emphasis of the book is primarily on planning policy, told in Beasley’s easy-does-it vernacular of planner-speak mixed with a dose of good old-fashioned anecdotes.

Indeed, it is not until page 282 that Beasley turns to the subject of Vancouverism’s architectural expression, recalling the story of Vancouver’s Wall Centre and the contention over its dark glass cladding. Beasley points out that it is the peer-to-peer apparatus of the Urban Design Panel in Vancouver’s planning department that weighs in on the character of buildings, abdicating himself of responsibility for the homogeneity that has often been seen to result from Vancouverism.

The one moment when Beasley is unabashedly critical of his own legacy is in discussing the shocking living conditions in Vancouver’s Downtown Eastside. He calls the area a black eye on the city and the one true failure of Vancouverism, calling on the city to do much better.

These topics and others were discussed at a series of book launches this past summer. One of the events was held in a small plaza in downtown Vancouver on a sunny July day, during a mid-week lunch hour. Amidst the tall towers that Beasley had helped to shape, McAfee presented alongside Beasley, with the proceedings moderated by urbanist Michael Alexander. The launch was completely sold out—a clear testament to Beasley’s legacy.

Overall, the book is well intentioned, ending with suggestions of how to address our present housing crisis debacle. Rather than rolling back present policies, says Beasley, we need to evolve them—and he posits three different versions: Vancouverism 2.0, 3.0 and 4.0, all of which he expands upon in his friendly narrative. For both fans and critics, planning students and municipal planning departments, Vancouverism will be essential reading for years to come.

Sean Ruthen, FRAIC, is a Metro Vancouver-based architect and the current RAIC regional director for BC and Yukon.

Did you find this article helpful? Please consider signing up for Canadian Architect’s FREE digital edition and weekly e-newsletter. Your support is a big help to us, as we work to continue reaching readers during this challenging time.