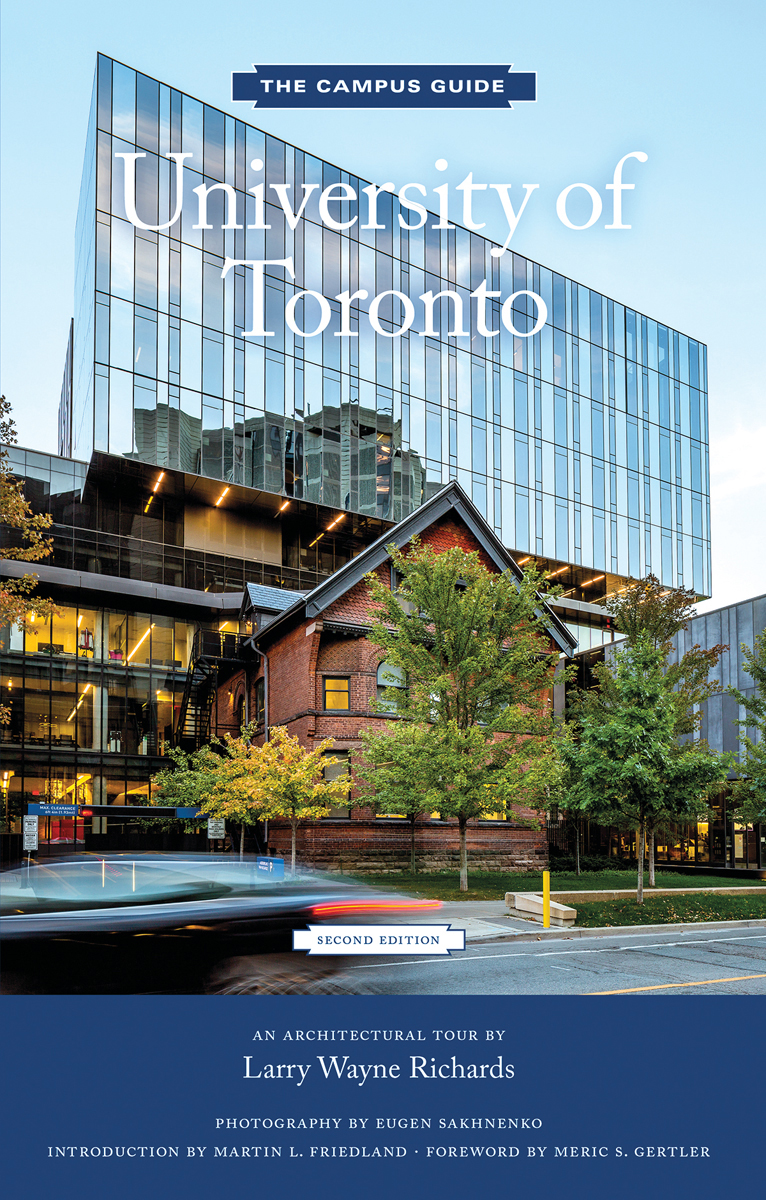 Part of a series covering campuses across North America, this book is far more than a simple guidebook. It recounts the intertwined history of the university’s development and the architectural styles and strategies it has chosen to represent itself, as it has grown and densified within its downtown and two satellite campuses.

Since the first edition of the guide was issued in 2009, the University of Toronto has invested over a billion dollars in the construction of new buildings and the renovation of existing ones. The updated guide covers structures including the newly opened John H. Daniels Building at One Spadina Crescent (NADAAA with Adamson Associates and ERA), the Goldring Centre for High Performance Sport (Patkau with MJMA), and the addition to the Innovation Complex at University of Toronto Mississauga (Moriyama & Teshima Architects). It also describes the upcoming Landmark Project (KPMB, Michael Van Valkenburgh, Urban Strategies, and ERA) that will further pedestrianize the main campus’s open spaces, primarily by sinking a grass-roofed parking garage underneath King’s College Circle.

The guide features 186 buildings on or immediately adjacent to the university’s campuses, and is extensively illustrated with photos by Eugen Sakhnenko. A companion map is included with the volume.