Since taking over On Site Review in 2015, the designers, academics, practitioners, and journalists that make up The Site Collective’s core team have been experimenting with different ways that print media can serve as a forum for architectural ideas.

Since taking over On Site Review in 2015, the designers, academics, practitioners, and journalists that make up The Site Collective’s core team have been experimenting with different ways that print media can serve as a forum for architectural ideas. Their first half-dozen editions of The Site Magazine continued the thematic, call-based format of On Site Review. But more recently, readers have been treated to some new formats. 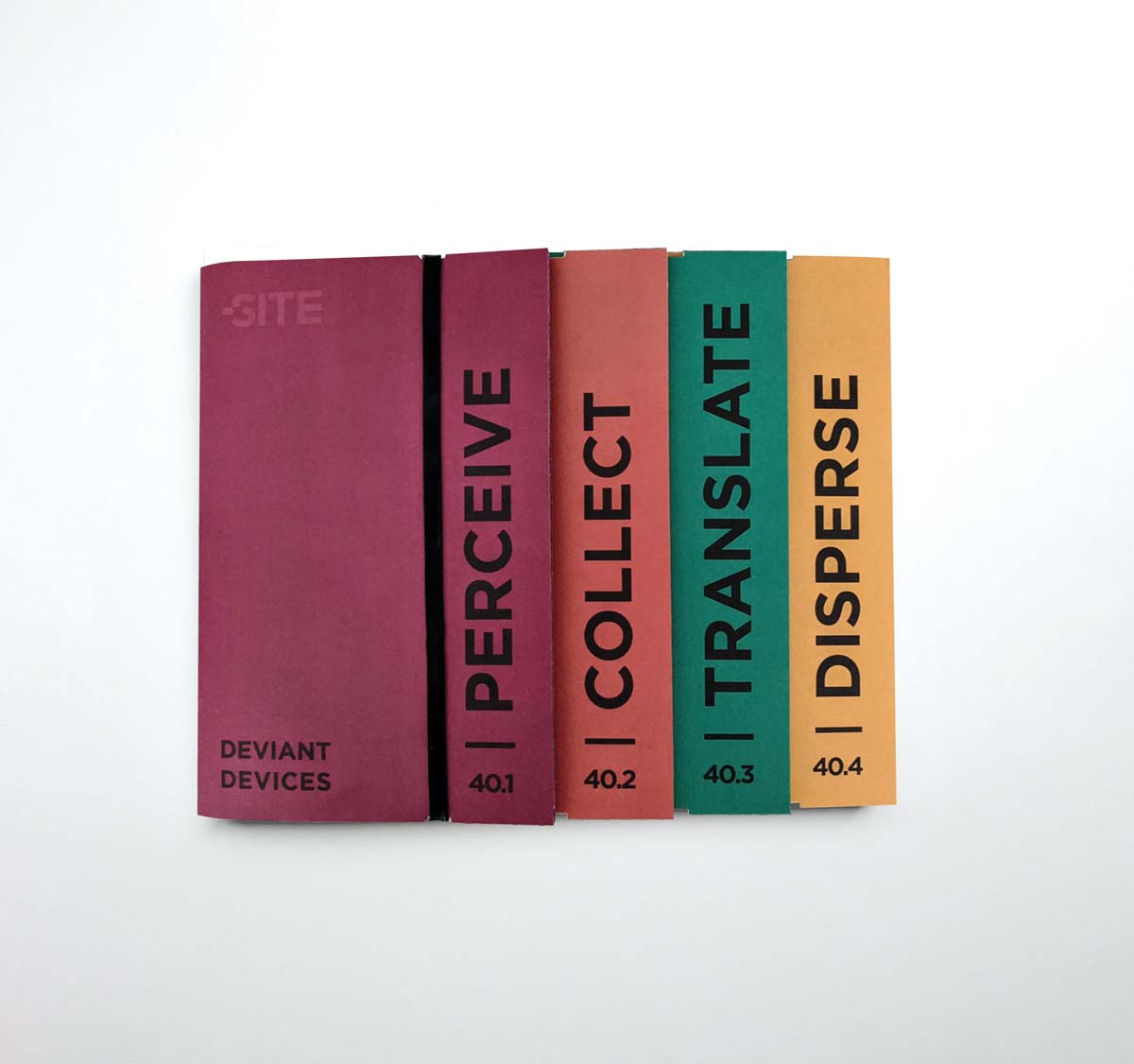 The four slim volumes in the series Deviant Devices are held together by a rubber band notched into their covers. Each volume follows a theme—Perceive, Collect, Translate, and Disperse—exploring how it is practised through physical apparatuses. Together, they inquire: how do designers use tools to understand, collate, and spread their work—and how do these processes become just as important as the information they treat?

Perceive follows those who use their work to look at the world. Some later analyze this data, while others, such as artist Dan Tapper, value the raw observations. Tapper’s bespoke Machines to Listen to the Sky track electromagnetic sounds in the world’s ionosphere. Collect describes different projects of information recording, including Elaine Ayers’ piece on colour coding in botany—a work that expresses the complications that arise from the deterioration of material samples and information over time. The projects in Translate relay information, including Project Gnomo, a solar clock created by University of Waterloo assistant professor Jonathan Enns that keeps time in digital script, tying together the physical and virtual. The final journal, Disperse, identifies projects involved in the spread of information. It includes the work of Jon Beck, whose surreptitious 3D scans of museum artifacts aim to freely share cultural artefacts with global audiences.

Deviant Devices is a compact yet direct series—highlighting people who have a compelling view of their surroundings, want to gain a further understanding of it, and finally, are moved to share that information with others. 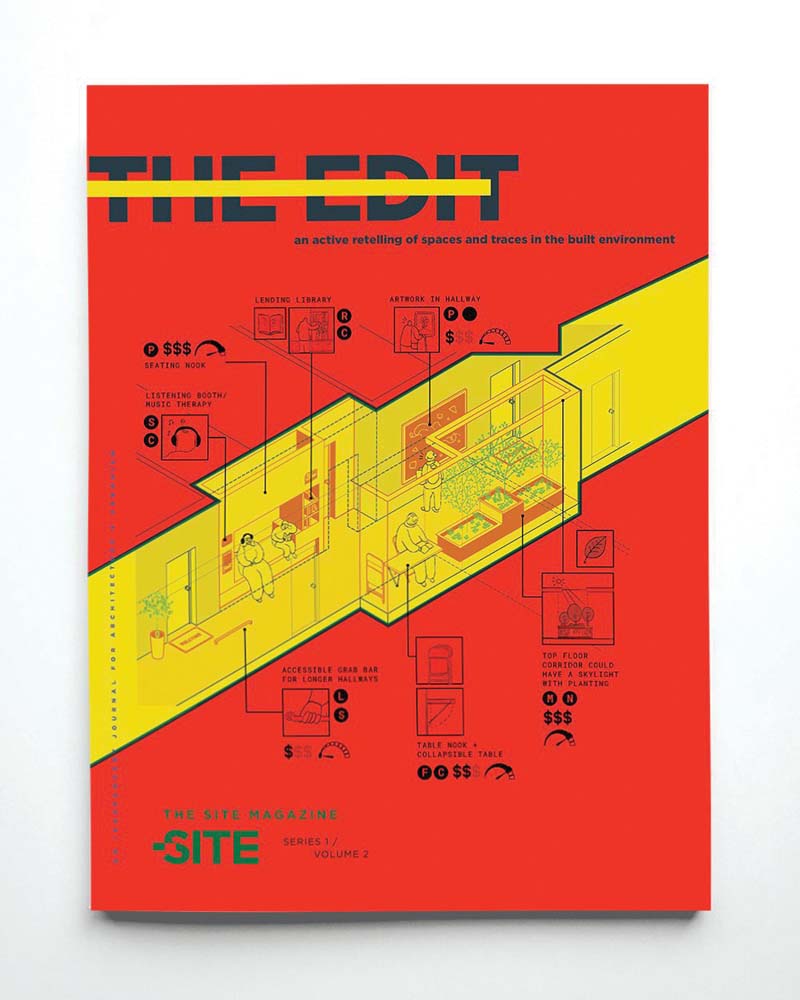 The Collective’s most recent publication, The Edit, returns to an exploration of the book-a-zine format. It centres the voices of the marginalized, including immigrants, victims of racialized crime, Indigenous groups, and aging populations. The publication explores what “edits”—changes to the built world enacted by conflicting powers—have affected the experiences of these communities. How can those with little agency in the built environment begin, in turn, to “edit” their boundaries, creating a sense of place and greater autonomy for themselves?

The texts in this issue highlight the importance of building relationships and processes, rather than developing pre-determined solutions—in effect, providing the opportunity for future edits. Amina Lalor’s interview with four editors from the University of Manitoba publication Voices of the Land: Indigenous Design and Planning from the Prairies is particularly powerful. All five individuals note that institutional spaces didn’t acknowledge their Indigenous identities. Founding the Indigenous Design and Planning Student Association and releasing this publication created a space for their presence in the discipline, and has helped make new room for Indigenous youth interested in design.

The Edit explores new ways of communicating, encouraging the reader to fill out worksheets, remove pages, and post material into their own spaces. As a whole, the issue showcases the need to acknowledge earlier, painful drafts of society—and allows readers to become editors of a more compassionate future.

Christian Maidankine is a Master’s candidate in the Department of Architectural Science at Toronto Metropolitan University.