Book Review: The Measure of Darkness 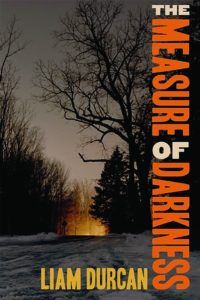 Move over Howard Roark! The protagonist of neurologist Liam Durcan’s latest novel, The Measure of Darkness, is Martin Fallon, a 56-year old McGill-trained architect seriously injured in a car accident. Fallon’s head trauma is known as “neglect syndrome,” impairing his ability to think spatially. As Fallon awakens from a coma, he begins psychotherapy with a doctor who wants to talk more about architecture than memory loss. The plot revolves around Fallon’s new relationship with family members, as well as the partners in his Montreal firm F/S+H, who together with the provincial architectural association have declared Fallon unfit to practice. A lifelong obsession with a Soviet architect, a lovable McGill professor, references to Montreal firms, and sharp descriptions of New York, Montreal, Expo 67, the Eastern Townships, and Detroit-in-decline will satiate Canadian Architect readers.

While Durcan’s descriptions of architects and architecture may seem familiar, the author insists they are pure fiction. He undertook research for the book at the Canadian Centre for Architecture, starting with the photographs of Richard Pare and a study of the situation of Melnikov under Stalin. “I was a complete outsider looking at Konstantin Melnikov’s work,” he says, “but I felt an immediate affinity for his struggle.” Ditto for his writing about Fallon’s architectural firm: “I wish I could tell you that I spent a week at some interesting Montreal firm but I didn’t. What I wrote about F/S+H is really an amalgam of what I’ve seen from various media, such the design podcast 99% Invisible or the ArchDaily twitter feed.”

One thing missed by the fact-checkers? Fallon still uses blueprints.