Julia Jamrozik and Coryn Kempster’s Growing up Modern is among the more original and unexpected accounts of architectural modernism written in recent years. 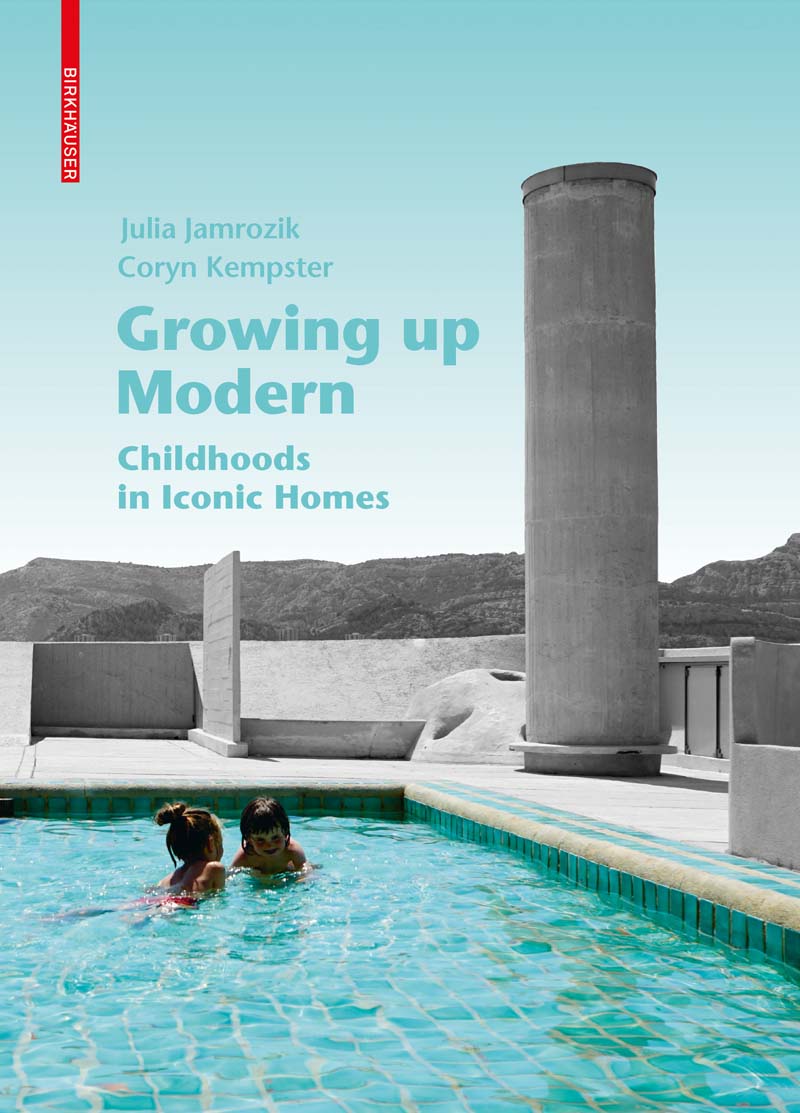 Growing Up Modern, by Julia Jamrozik and Coryn Kempster (Birkhäuser, 2021)

Julia Jamrozik and Coryn Kempster’s Growing up Modern is among the more original and unexpected accounts of architectural modernism written in recent years. Architectural histories are typically stubbornly resistant to personal narratives from inhabitants and clients—let alone from children, whose experience of architecture is rarely recounted. This elegant book challenges academic convention, re-examining four iconic projects through the memories of the people who spent their childhoods living in them.

The four homes of Growing up Modern are so self-consciously avant-garde, so much associated with the rhetoric of modernism, that one expects the book to stridently argue for architecture’s ability to effect moral or aesthetic transformation. Instead, Jamrozik and Kempster’s deliberate focus on the childhood experiences of their four narrators delivers unexpected and delightful insights into these familiar projects. It ultimately offers lessons about the experience of architecture, and the enduring capacity of spaces and materials to act as vessels for memory.

The four dwellings that the book chronicles span 25 years of early European modernism, bracketing either side of the Second World War. They include Mies van der Rohe’s Tugendhat House, J.J.P. Oud’s rowhouse for the for the Weissenhof Seidlung exhibition, Hans Sharoun’s Schminke House, and Le Corbusier’s Unité d’Habitation in Marseille. Together, they present a cross-section of typologies, while the narrators who recall the projects reflect a range of social circumstances.

Each home is introduced through a short historical overview, accompanied by reproductions from the original architectural drawings—a welcome touch. This is followed up with the interviews at the core of the book.

Interspersed throughout the interviews are photographs of each of the narrators, both as children and from the present day. Key fragments from the interviews are underlined within the body of the text; some become the captions to the photographs. Graphic circles of varying diameters are also applied over plan diagrams of each home, highlighting the locations referred to in the interviews—an unusual, but ultimately very effective, means of guiding our spatial understanding of childhood memory. The account of each home is rounded out with contemporary photographs of the spaces by Jamrozik and Kempster, captioned with the children’s recollections.

The plan diagrams and photo captions combine to create a geography of memory, where certain places in each house assume greater importance in concert with the intensity of memories they evoke. So, the projecting balcony on the second floor of Oud’s townhouse, where Rolf Fassbaender pulled his mattress on warm summer nights to “sleep under the sky, under the stars” becomes the largest of the dots on that second-floor plan. Some surprising elements that often go unremarked in architectural histories are revealed through the interviews. For example, the boys’ and girls’ nurseries and servant spaces at the Tugendhat house, along with the passage connecting them to the mother’s room, are largely absent in descriptions of Mies’s early masterwork. In contrast, they take on a central role in the memories of the young Ernst Tugendhat. Similarly, a small shower for children‚ complete with a submarine door, is remembered by Gisèle Moreau as an exceptional amenity of the Marseille Block.

The quality of the recollections in each section varies with each interviewee’s time spent in the homes. While Gisèle Moreau lived in the Marseille block almost uninterrupted from birth to the present day (albeit in different apartments), Ernst Tugendhat lived in the Tugendhat house only until the age of eight, when his parents fled from the impending Nazi occupation of Czechoslovakia.

Not surprisingly, the book’s three pre-war examples, in particular, are freighted with their contexts of enormous social and political upheaval. The difficult thing that comes clear—even in the almost entirely apolitical context of this book—is the muddy mess of aesthetics and politics from this time.

Focusing as the book does on childhood recollections, the spectre of war mostly recedes in favour of a child’s-eye view of the world. The dissonance between the formal progressivism of Scharoun’s organic modernism and his client’s role as a pilot for the Luftwaffe—or even the import of the swastika that Fritz Schminke hung in his children’s playroom—lay outside of a child’s understanding of their home. But the coloured glass portholes of the house, positioned just at the height of Helga Zumpfe’s childhood gaze, along with the lovingly assembled photo book gifted by the architect to the Schminke children, give as much insight into Scharoun’s playful humanism as the iconic house’s sinuous nautical balconies.

This is where the value of the approach taken by Growing up Modern becomes most apparent. By allowing the narrators’ recollections to guide the documentation, we see these projects anew, as they were remembered and understood through lived experience. Jamrozik and Kempster manage a remarkable feat with their gentle but radical book, opening new territories for integrating personal narrative into architectural history, and gently teasing out connections between memory and the experience of place that are nothing less than foundational to architecture.

Javier Zeller is an architect working in Toronto with Diamond Schmitt Architects.