Falconi’s Tractor is not a novel about architecture, but it is peppered with architectural references to the modern buildings that author (and Globe and Mail columnist) Dave Leblanc loves. 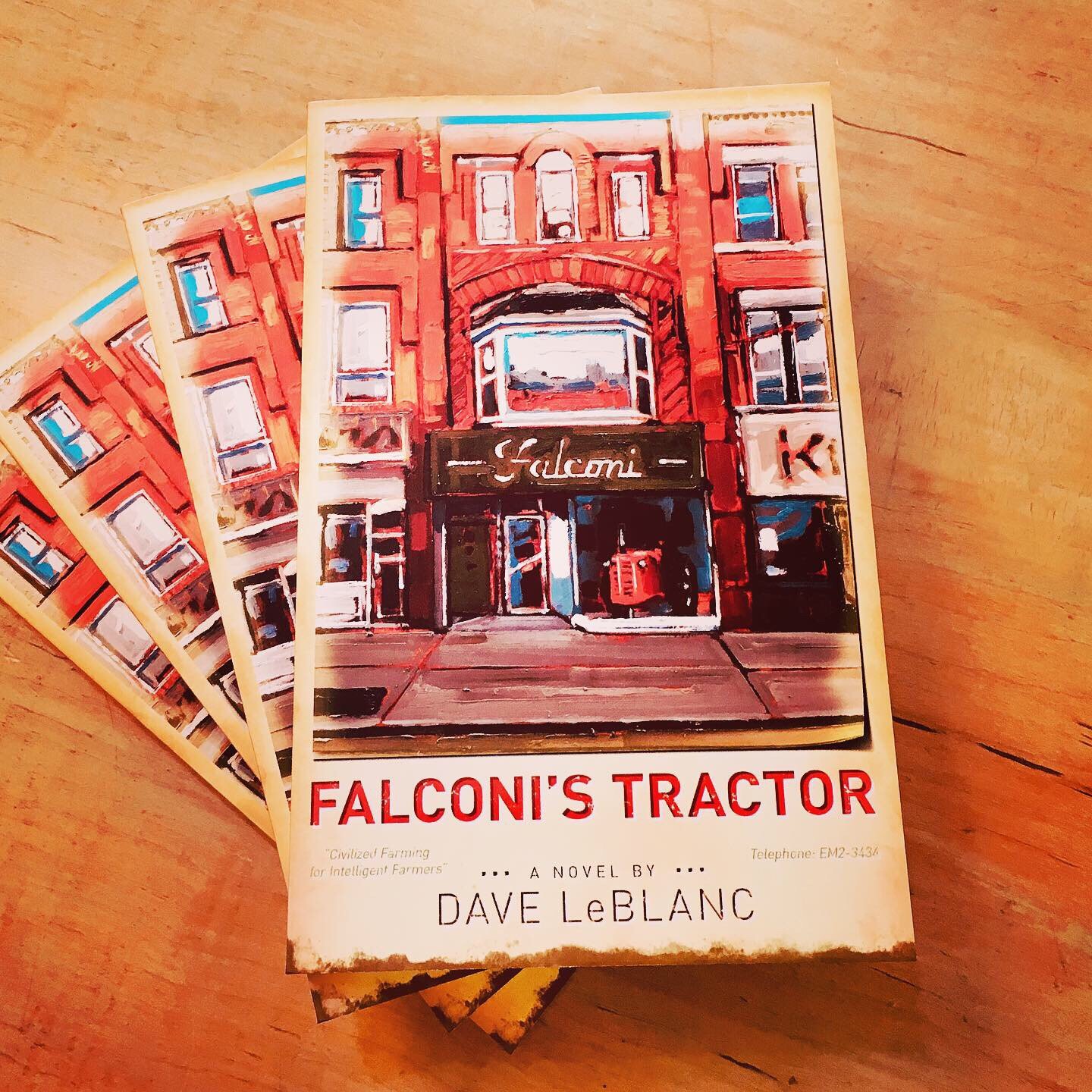 Canada has few architecture writers like Globe and Mail columnist Dave LeBlanc, whose accessible style and overflowing passion for architecture have made him an endearing presence. So when he quietly took on writing a novel as a side project, it was indeed noteworthy.

Falconi’s Tractor is not a novel about architecture, but it is peppered with architectural references to the modern buildings that Leblanc loves. Set in downtown Toronto, it’s a fondly recounted classic immigrant story, with all of that narrative genre’s staggering rises, falls and missteps. Architecture is woven throughout, with cameo appearances by 52 Division Police Station (Shore Tilbe), King’s Landing (Arthur Erickson), Lord Landsdowne School (Peter Pennington), the Eaton Centre (Zeidler), the AGO (Frank Gehry, Barton Myers and KPMB, Parkin Associates, Darling & Pearson), and a side trip to Trent University (Ron Thom). There’s nods to the mid-century moderns, as well as to Massey-Ferguson, Jerome Markson, and Kaplan and Sprachman.

The love of Toronto is palpable in this fast, heady saga of love and loss, of yearning and acceptance, of rented Ferraris beside Kensington vintage stores and a late night crash on Queen’s Quay. All in all, it’s a dizzying, delightful dance across downtown Toronto and across a hundred years. There is also much subtle humour in its soft undertones of real, plodding life.

Is the novel about immigrants, or dysfunction and redemption, or Toronto’s gritty underbelly? I’d say all of the above. In real life, LeBlanc inhabits an ethereal, alt-mid-century-modern life—he and his wife, who owns a well-loved vintage shop, are currently outfitting their basement as a tiki bar. His novel similarly gives us a warm glance back at a surreal story, rooted in an immigrant culture and in a time so many of us know. It would be filmed in black and white no doubt, yet it is vividly coloured and textured. It’s a story that I loved.