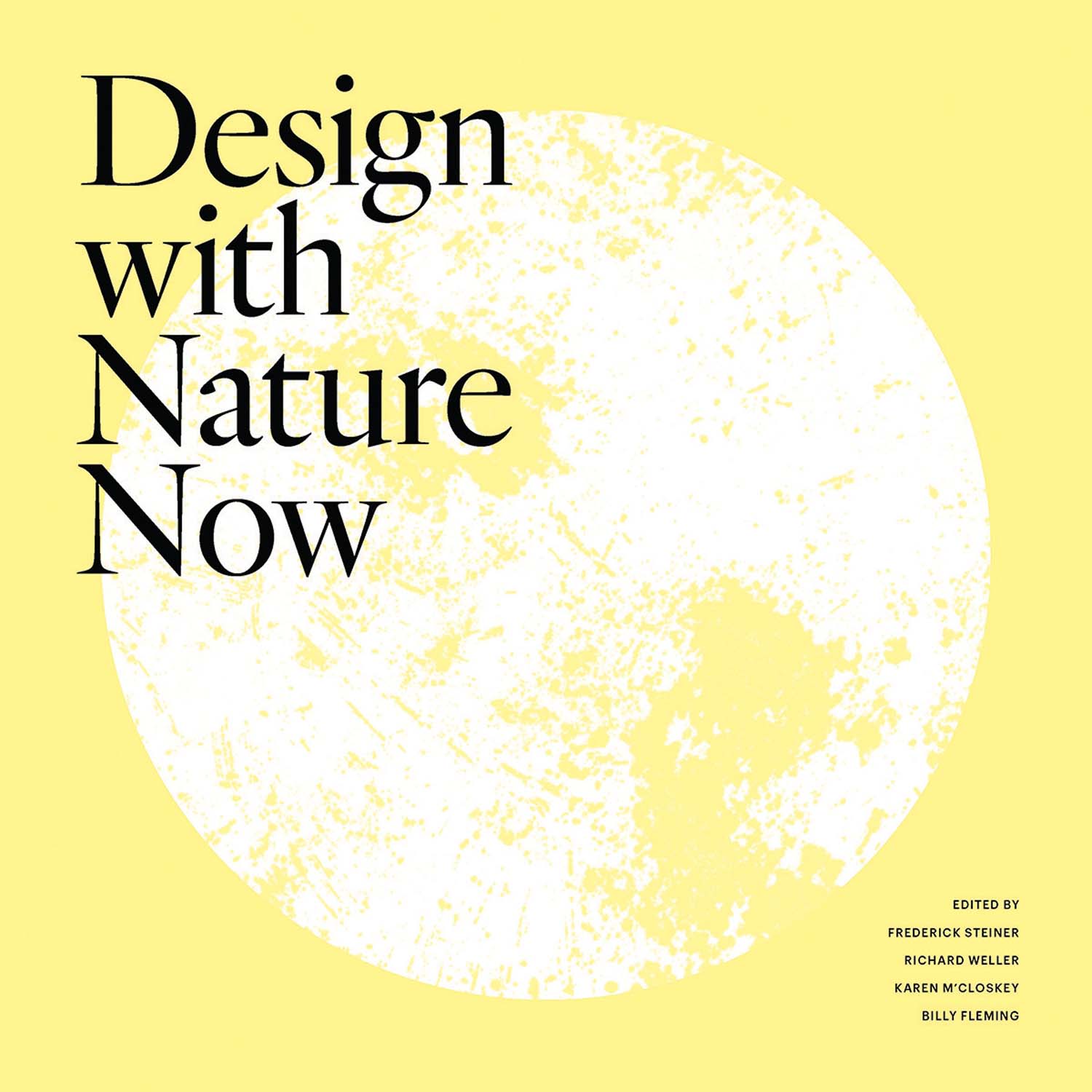 Our society is grappling with the effects of an anthropogenic climate crisis. Intensive industrialization and resource consumption lie at the core of this crisis, and the implementation of rigorous regenerative policies and practices—from all disciplines of work—will be critical in the coming years.

For landscape architects, urban designers and planners, Ian McHarg’s 1969 book Design with Nature played a crucial role in introducing design strategies for balancing the needs of humans and the natural world. A new book—Design with Nature Now—commemorates the 50th anniversary of McHarg’s volume, offering a collection of 25 contemporary projects that are exemplary in combining social, ecological and urban goals.

The book starts with essays—by James Corner, Laurie Olin, Anne Whiston Spirn, and other prominent designers and theorists—that reflect on McHarg’s teachings and design philosophy, and assert their relevance today.

The case studies at the core of the book show how McHarg’s principles are being successfully deployed in large-scale urban areas. Qianhai Water City in China is one example: it revives an old landfill and transforms it into a master-planned city adapted to tidal patterns, mitigating flooding in the region. The book also examines the wildlife corridor connecting Yellowstone National Park and the Yukon, Bjarke Ingel’s BIG U, designed to combat future flooding in Manhattan, and Medellin’s new River Parks master plan, aimed at fostering social equality through a system of public parks. Each example is richly illustrated with plans, sections, renderings, photos and maps.

These projects are bookended by another set of essays, including a text by Canadian designer Nina-Marie Lister, that draw attention to both the potential and limitations of design in the face of our climate emergency. Challenges include the role of governance and difficulty of coordination amongst disciplines, the disparate impact of design policies on various cultural groups, and the varied effect of design policies at different scales.

Overall, Design with Nature Now is a timely reminder that ecology is not something to be “remedied, fixed and transformed,” as essayist James Corner puts it. Rather, the tools and precedents exist to design in ever greater harmony with the natural world. It’s a book that brings home the urgency of  taking action—and leaves this reader with the inspiration to design better.