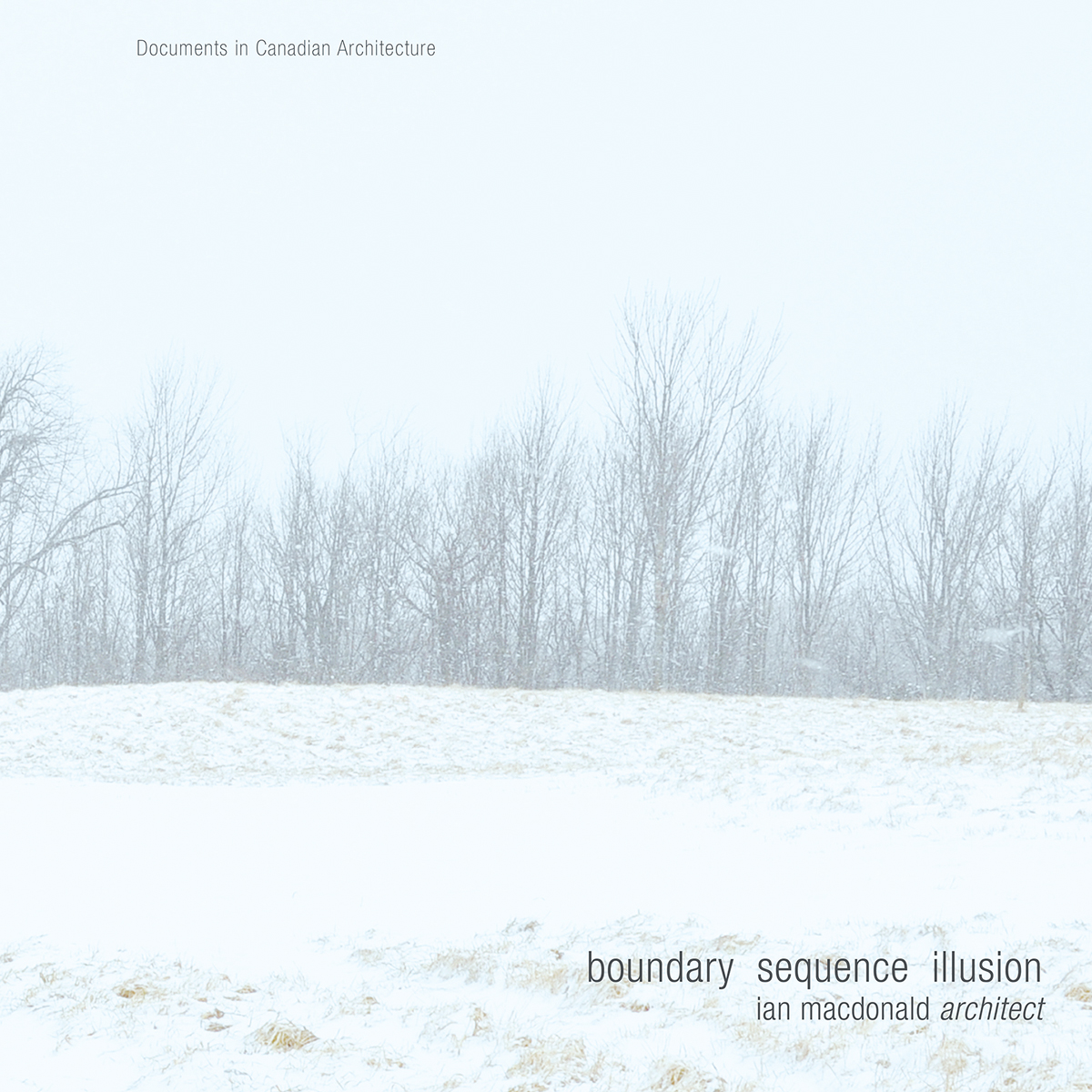 An elegant volume on the work of Toronto-based architect Ian MacDonald is the latest addition to the longstanding Documents in Canadian Architecture series by Dalhousie University Press. The book presents a series of 11 house projects dating back to 1999, and spanning various Ontario landscapes, from the compact lots of Toronto’s Wychwood Park (where MacDonald’s own home is located) to 200-acre sites on the Niagara Escarpment, near Georgian Bay.

MacDonald’s practice focuses on designing houses of exacting detail and precise relationships to their surrounding landscapes. The book’s title refers to a number of conventions that are employed in the work:
in MacDonald’s description, “the registration of boundaries between one space and another, or the obscuring of [them]; the development of a clear and intentional sequence of experience; and the engagement of the viewer’s imagination through strategically framed representations of the outside world.” He adds, “Though these are somewhat universally referenced by architects, our focus is perhaps more conscious.”

The houses presented in the book are often sited in counterintuitive locations, in order to make the most of the site’s assets. Mulmur Hills 1 (1999) is embedded in the ground—rather than atop a drumlin—to achieve the ideal viewpoint of the distant rolling hills, which seem “unremarkable” when seen in their entirety from the higher vantage point. A country retreat near Erin, Ontario, is sited at the very corner of a large site, in order to contain views within the property’s boundaries.

The interior of the dwellings are organized to connect to these views, while also employing carefully considered framing between rooms. A central hearth, cozy inglenooks, and interior spaces that seemingly extend into the landscape are common to many of the houses. As Barry Sampson writes in an introduction, “the results are similar to each other in intention, and at the same time distinctly different in form, idea, and perceptual effect.”

As with all of the books in the series, Boundary Sequence Illusion includes a full complement of photos, plans, and key details, making this book a useful resource for architecture students and professionals wishing to take a deeper dive into MacDonald’s graceful work.