Book Review: Beyond the Divide—A Century of Canadian Mosque Design

Tammy Gaber's recent book provides a critical contribution to the international scholarship on the architecture of mosques and the social roles they play in diaspora Muslim communities throughout the world. 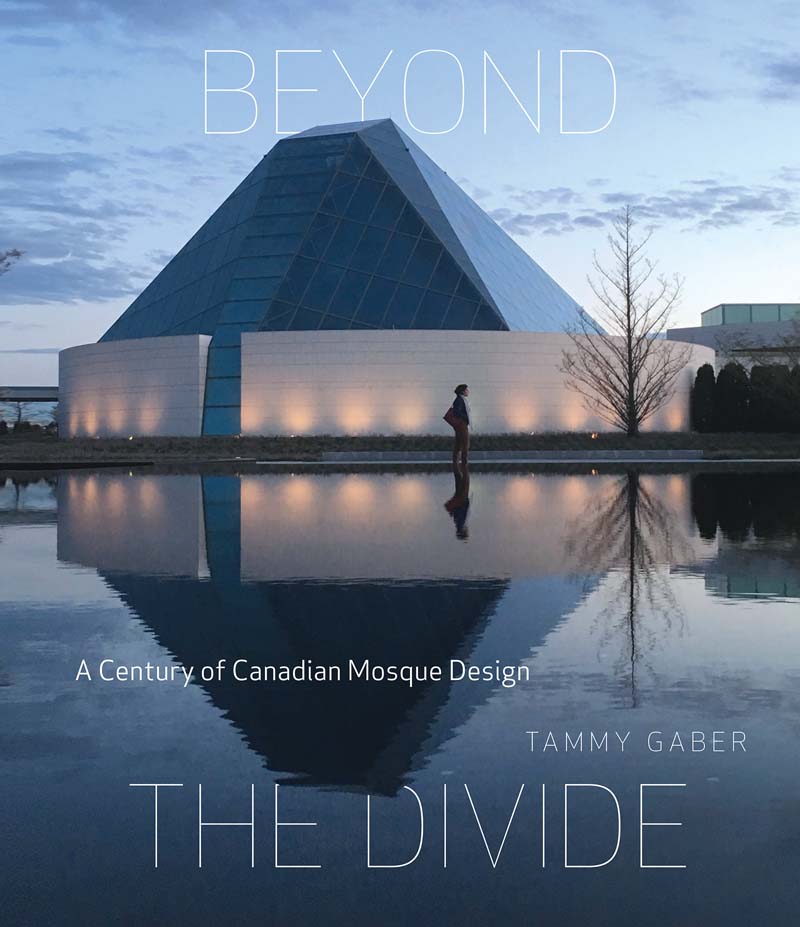 Beyond the Divide—A Century of Canadian Mosque Design

Beyond the Divide: A Century of Canadian Mosque Design provides a critical contribution to the international scholarship on the architecture of mosques and the social roles they play in diaspora Muslim communities throughout the world. Tammy Gaber has gifted our profession with a timely, welcome, and first-of-its-kind comprehensive study of Muslim sacred/social architecture here in Canada.

Gaber’s research to create this in-depth record and analysis of half of Canada’s 180-some mosques was spread over nearly three years, and took her to 53 cities across 12 of Canada’s provinces and territories. The result is a rich review of the histories and contributions of Canadian Muslims over the past century. In each case, the mosques are documented with photographs taken in different light conditions to highlight architectural details, drawings—either existing or produced from on-site measurements taken by Gaber—archival records, and interviews with mosque users, members of their governance, and occasionally the architects who designed the buildings. In Gaber’s words, “This book explores the mosques of Canada in their diversity, beauty, practicality, and versatility,” with emphasis always on the story of the mosques and the Muslim communities they serve.

In her introduction, Gaber shares that it is equally important to analyze both the exterior and interior qualities of mosques. She has found that “the former is universally privileged in surveys of mosque design,” however, “the latter is not as celebrated in surveys, but fleshes out a more complete story of how the mosque is used.” To this end, she has incorporated extensive interior photographs and included architectural floor plans of every mosque surveyed. Gaber acknowledges that her qualifications as an architect, architectural educator, and Muslim woman afforded her access that would otherwise be difficult to achieve. This allowed her to experience first-hand the phenomenological, sensory qualities of a mosque as expressed through its material choices, textures, proportion, scents imbued from cooking and incense, qualities of light, and amplification of sound particular to certain areas of the building. 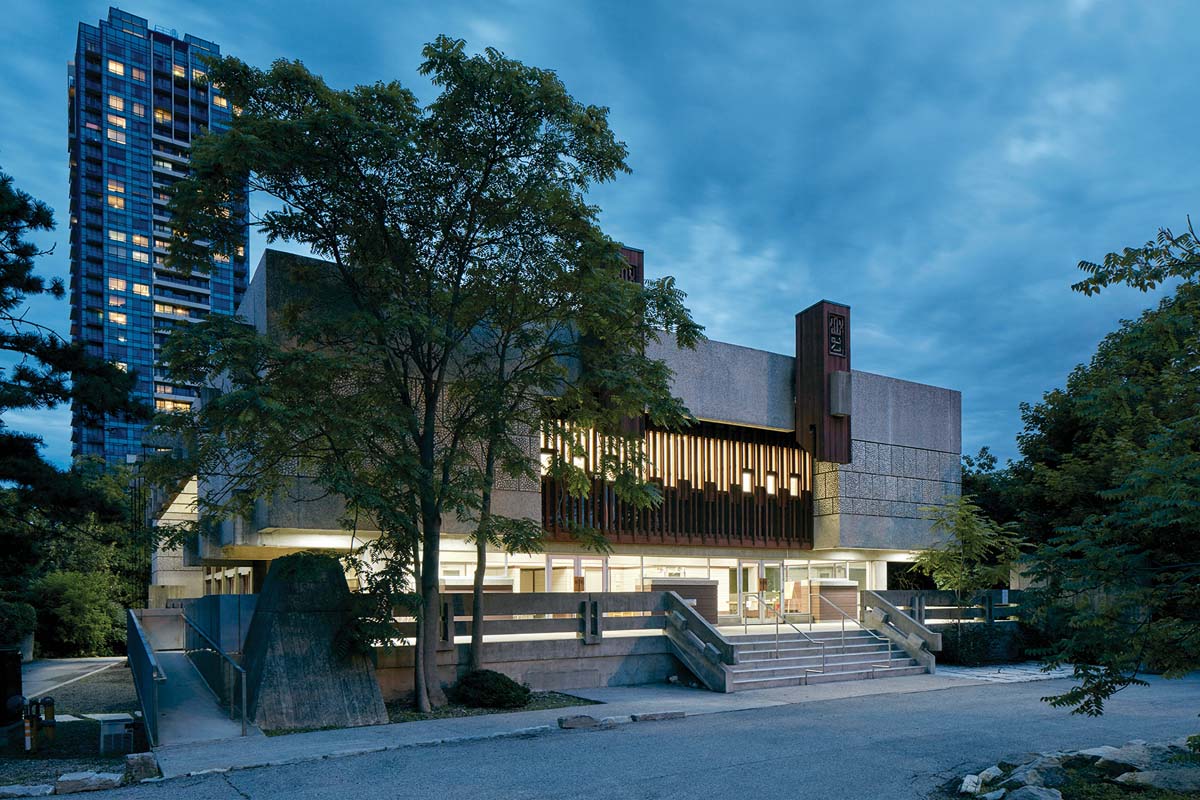 As an architect engaged in the design of sacred space, with a particular interest in the adaptive reuse of historic churches, I found it of interest that over a third of the mosques Gaber studied were located in converted facilities—former churches, houses, retail shops, banks, restaurants, a funeral hall, a casino and even a gas station. This represents an important precedent for those of us advocating to save our current building stock wherever possible, as a significant contribution towards sequestering carbon and reducing GHG emissions.

In both the converted buildings and purpose-built mosques studied, Gaber identifies four trends of exterior design. She characterizes these as: anonymous, neo-historicist, abstracted historical, and contemporary. Under this latter category, she notes the significant contribution of the Aga Khan, leader for the Ismaili community, who received the prestigious RAIC Gold Medal in 2013 for his patronage in supporting the construction of numerous Jamatkhanas and Ismaili Centres here in Canada.  Architects Gulzer Haider and Sharif Senbel are also acknowledged for their scholarship and design of mosques and Islamic centres in Canada. 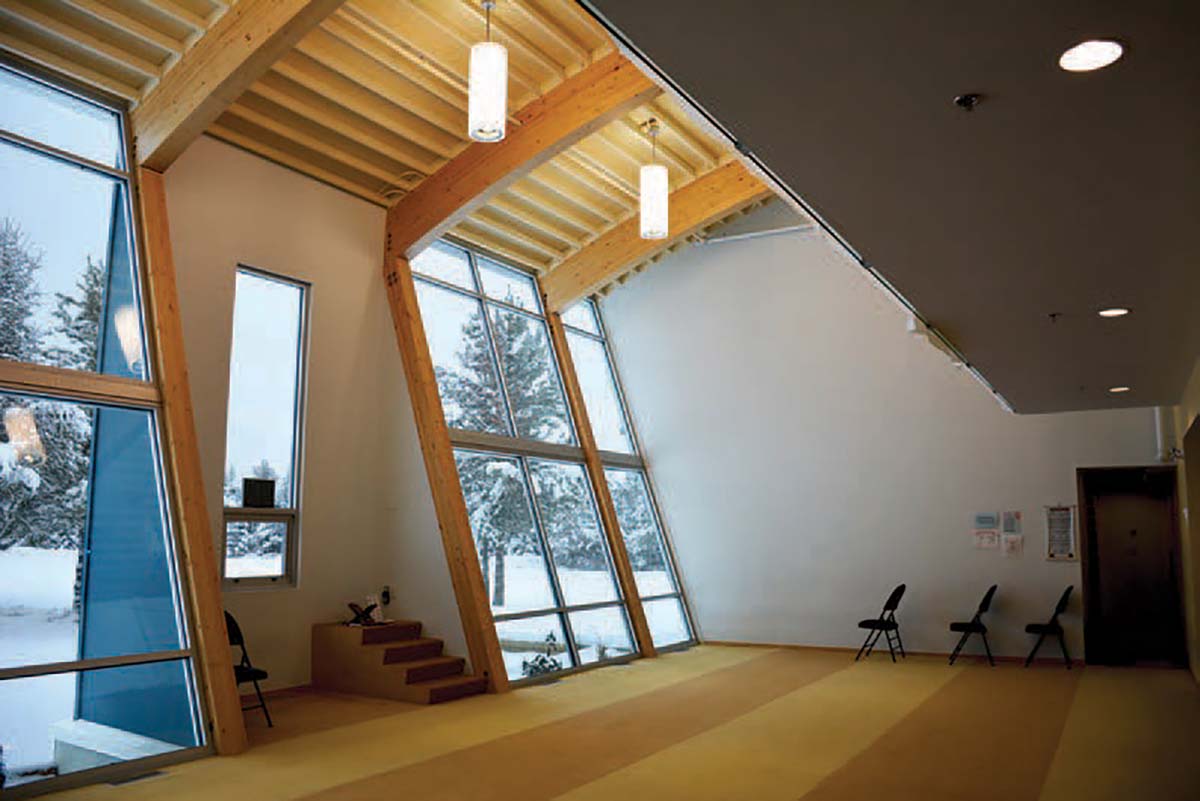 The challenging issue of establishing a mosque’s orientation to Mecca and the calculations of prayer times specific to each region and city in the country forms another area of enquiry, with the key direction carefully identified in yellow on each of the mosque floor plans. Finally, Gaber also gives attention to the space in each mosque divided according to gender. She identifies that historically, from the inception of the faith, Muslim places of worship were not segregated by gender. However, a centuries-long process of historical developments in Islamic cultures has led to the perceived need to segregate space, which has spread according to local cultural norms. To demonstrate the significance of this delineation, Gaber has colour-coded her floor plans to indicate spaces dedicated exclusively to men or to women. Each space dedicated to women’s worship is further characterized as having a full view of the main prayer area, a partial view, or no view for women. Gaber’s research explores the impacts that each model has on the community life of the mosque and its governance structure, especially with respect to Muslim youth and women.

For architecture students, practitioners, and educators, Gaber’s book provides some important insights about the design of mosques. First and foremost, the impact of mosque designs can be far-reaching: bricks-and-mortar decisions can—and will—profoundly influence whether or not the youth and women within a local Muslim community engage and take ownership of a mosque’s spaces. Second, the architecture of mosques can be contemporary and contextually relevant, using local materials, regional forms, and other references to create a meaningful Muslim landmark, without having to rely on historicist references that can be alienating to both users (who may be of diverse backgrounds) and others within the larger community. Third, architects and architecture students designing mosques need to treat each commission as a unique exercise, not beholden to preconceived taboos or ‘norms’, and to resist taking at face value statements made by the governance board. Rather, there is a need to engage deeply with the worshipping community, and to solicit their critical feedback and design input.

Indeed, whether or not one is involved in the design of mosques, Gaber’s book offers important lessons-learned about client engagement, the adaptive reuse of buildings, and regional influences on Canadian architecture that make it a worthwhile addition to any office’s library.

Book Review: Context and Content—The Memoir of a Fortunate Architect