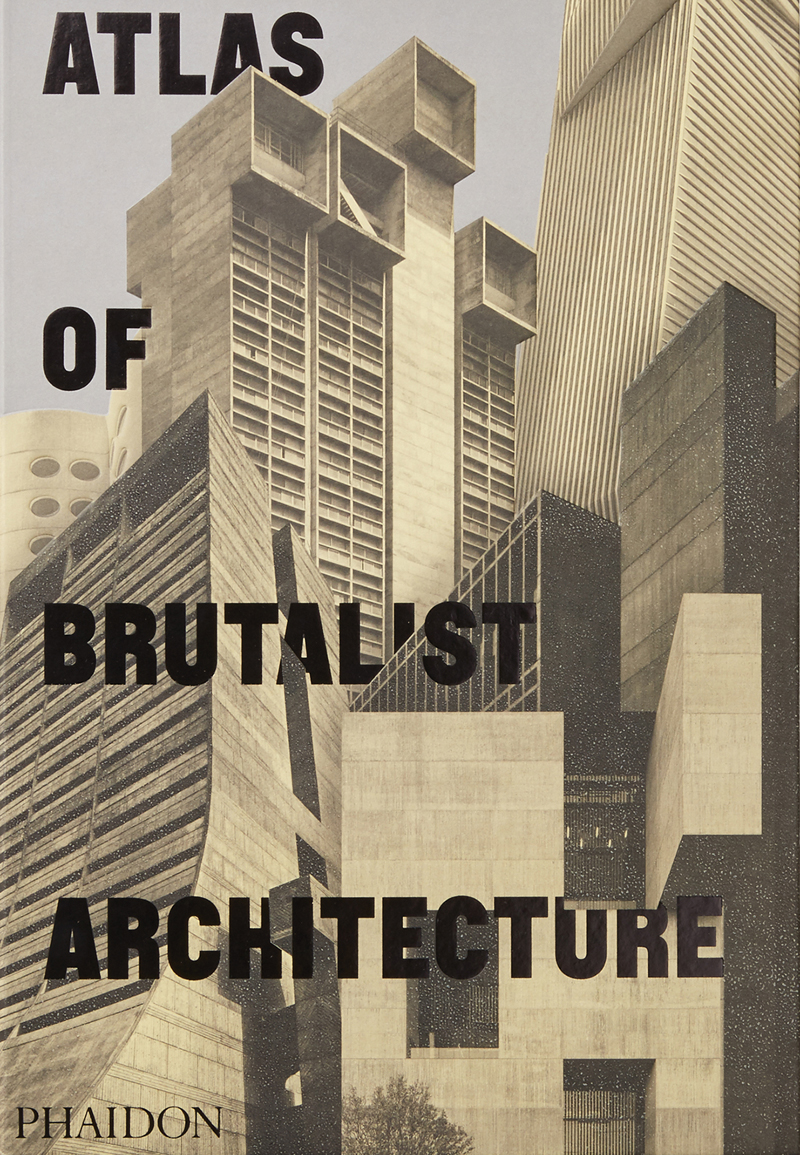 In recent years, there has been a revived interest in brutalism. Not long ago, critics and the public alike reviled the movement known for its large geometric shapes built in reinforced concrete. The buildings were seen as weighty blights, and as examples of modernism’s failures. Yet now, a mix of nostalgia, an uncertain global political climate, and the visual appeal of the buildings on social media has led to a comeback. Brutalism is back with a vengeance.

There is currently a wealth of publications on global and localized brutalism. Each indulges in images of large forms casting dramatic shadows on urban landscapes, like some futuristic vision of utopia—and a generation who grew up in the wake of the 1970s is eating it up. The latest addition to the library is Phaidon’s Atlas of Brutalist Architecture, an exhaustive inventory of 878 structures. Going well beyond its visual appeal, the Atlas gives an objective view of a brutalist past that couldn’t deliver against its promises, but whose design details and motivations have found their way into contemporary architecture.

A compendium on this scale—some 560 pages, and 3.4 kilos—testifies to the style’s impact across the world. The editors’ introductory essay gives a good synopsis of brutalism’s history, but it’s the buildings themselves that speak to its global prevalence. The Atlas sorts entries by continent and country, helping to draw a distinction between the differing political, sociological and design intentions—and outcomes—of brutalism.

It is notable, given its apparent geographical reach, that the definition of brutalism is also broad. The term as currently used can be traced to British architects and theorists Alison and Peter Smithson, who in 1953 coined the term “New Brutalism” to describe the architectural style defined by the increased use of exposed and unfinished
concrete. For the Smithsons, this was a second wave of concrete architecture; Le Corbusier and his béton brut contemporaries were the original brutalists. New Brutalism was about more than the accomplishments of individual architects—it was seen as a tool to put the sociological responsibilities of architecture into practice in urban planning and the public sphere.

Battling through post-war economies, the world needed reasons to be future-focused. The urge for both political and social reform was powerful, and architecture was positioned to communicate these changes. It was a perfect atmosphere for the growth of a movement whose roots lay in ideals of equality. Most brutalist architects were not recognized names, but civil servants in government offices charged with revitalizing weary cities. They would look to the early socialist theories laid out in publications like Le Corbusier’s The Radiant City (1935), whose urban vision responded to need rather than class or economic position.

Ironically, it was this socialist promise that proved problematic for brutalism. When adopted by communism, it failed as a utopian dream of harmony and neutrality. In Eastern Europe, Russia and beyond, brutalist architecture served a tool of the all-powerful state and its authoritative strength over the individual. In later years, as communism failed, so would brutalism. The Atlas lists a large number of European and Russian buildings erected between the 40s and the late 70s that are no longer operational, in ruins, or demolished.

However, when brutalism travelled to the New World, it largely left behind the weight of politics; the Americas benefitted from the skills and aesthetics of newly arrived immigrants. Architects, builders and labourers shared their familiarity with the technical attributes of concrete buildings in places open to growth, but limited in funds. The Atlas’s chapters on North, Central and South America, along with Australia, are filled with examples of public and private buildings that remain in use. As early as 1955, Canada was a strong proponent of the style, particularly for civic and educational architecture. While Canada doesn’t get the equal representation here it deserves, those projects included are not limited to Ontario and Quebec and demonstrate that brutalist icons spread across the country. By the 1970s, countries in the Middle East and Asia saw the potential of these grand but cost-effective constructions, and began commissioning Western and Eastern European architects to design brutalist buildings in these areas.

The Atlas makes it clear that brutalism lives on. Structures built as recently as 2017 echo their earlier counterparts in the use of similar materials. Exposed and reinforced concrete are still efficient and low-cost, and new construction methods and material combinations have increased their ecological attributes. This adapted version of brutalism—New Brutalist Revival?—seems to hint at the past while remaining relevant to the present.

There is renewed support for older brutalist buildings as well. In many countries, the robust structures are being retrofitted to meet the standards of contemporary life safety and environmental regulations. Even in Eastern Europe, where few of these buildings are rehabilitated, they are now appreciated as giant sculptures—monuments to a past era.

Beyond adorning coffee tables, the Atlas is a detailed reference book—a valuable resource for academics and architecture enthusiasts to begin or confirm their investigations. A sort of catalogue raisonné of brutalism, its black-and-white images are accompanied by succinct, considered descriptions of each structure and a legend identifying its current condition and use. Many of the buildings are rarely mentioned in articles or exhibitions because of their little-known creators; others have been demolished and are long forgotten. Of course, the recognizable names are here, too, but they aren’t given distinction as heroes of brutalism. Instead, the movement itself is the focus. Because of this, the Atlas is perhaps the most successful book so far on the topic. While most publications don’t get much further than glamourous, gloomy images, the Atlas of Brutalist Architecture documents what brutalism intended all along: the equality of structure, the building as a framework for living, with spaces for people to work, eat, sleep, and dream in—and ultimately make their own.

Jon Scott Blanthorn is a freelance architecture writer who focuses on new Canadian and international projects for global publications.