On the cover of The Modern A-Frame, Ben Rahn’s photograph renders light like a Magritte painting. A tungsten yellow triangle cloaked in a cerulean blue sky, it evokes both the protective security of the home and the expansiveness of the universe. But to be pedantic, the A-frame model featured is lopped off at the peak to meet local building requirements. Technically this A-frame has a mansard/hip roof line. 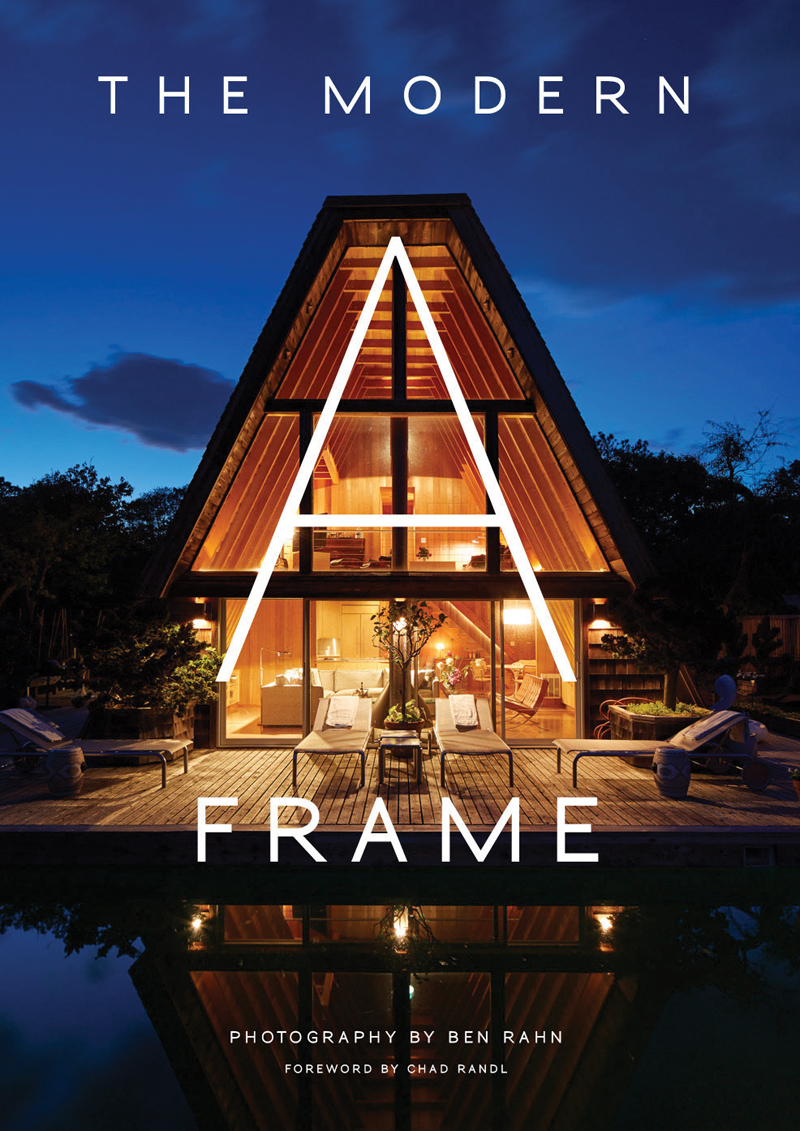 Which begs the question, what exactly defines an A-frame?

For clarification, The Modern A-Frame is introduced by Chad Randl, the architectural historian who wrote an earlier treatise on the subject: A-frame (Princeton Architectural Press, 2004), in which he traced the A-frame’s evolution from prehistoric Japan through its mid-century high point. In this new book, Randl sums up its history and notes how A-frames have always accommodated a great variety of forms. This, he argues, is part of their success. 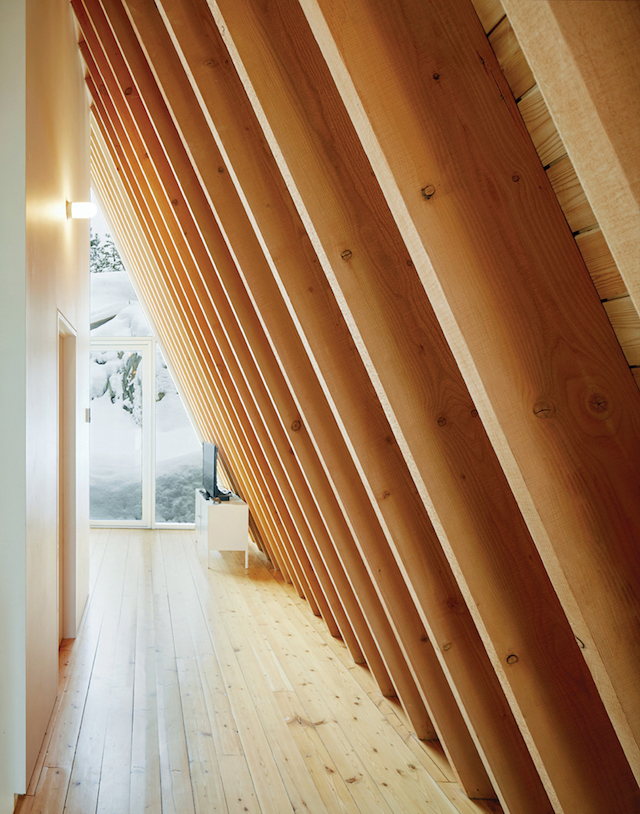 The collection of 17 residential A-frame restorations/new builds featured in Rahn’s work attest to this variety. One interior hallway of exposed six-metre beams in a new-build Whistler chalet recalls Calatrava’s Oculus in New York City. Other care-worn but well-loved New Hampshire artist’s retreats veer closer to traditional saltbox houses. All the photos are lovely enough to spawn another generation of A-frame escapists. 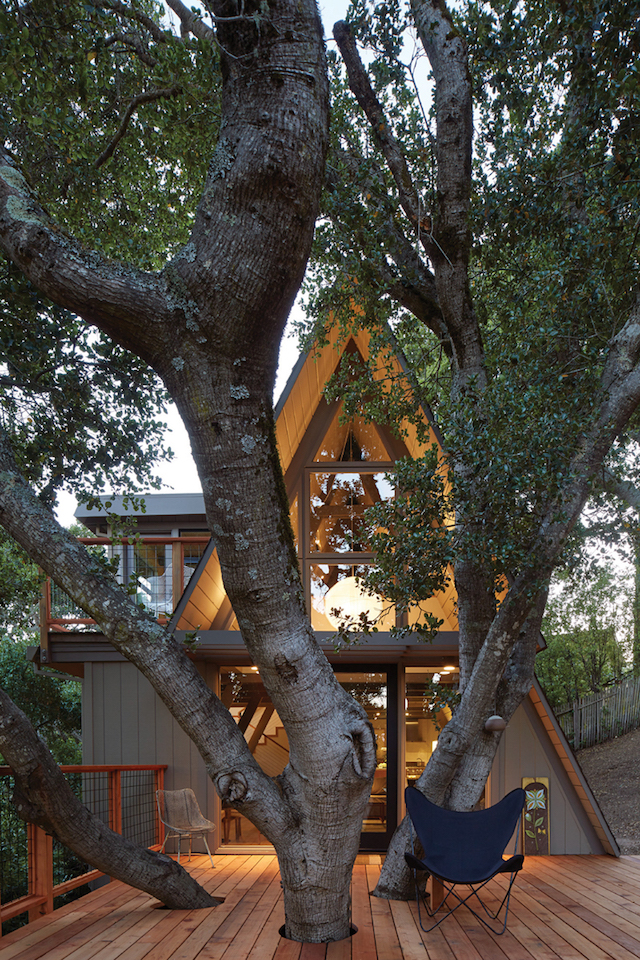 Rahn’s patience for light is evident in every shot. However, there’s a confounding lack of detail, say, floor plans to reveal how, or if, these modern adaptations resolved the space shortages inherent in the design. And he does not sufficiently address any owner’s resolution to thermal loss problems that made first-wave A-frame homes unviable after the 1973 oil crisis. With these questions unaddressed, The Modern A-Frame is more for ogling than for construction guidance. But that’s all right. As Randl writes, the A-frame’s original cachet was diluted due to their mass propagation. Perhaps A-frames were always best from the voyeur’s point of view—a surrealistic dream of an unattainable life.

Laura Lind is a Toronto writer on design and culture.