Ventcap is an homage to the flattop barnroof ventilators used by Central Ontario Mennonites since the late18th century. 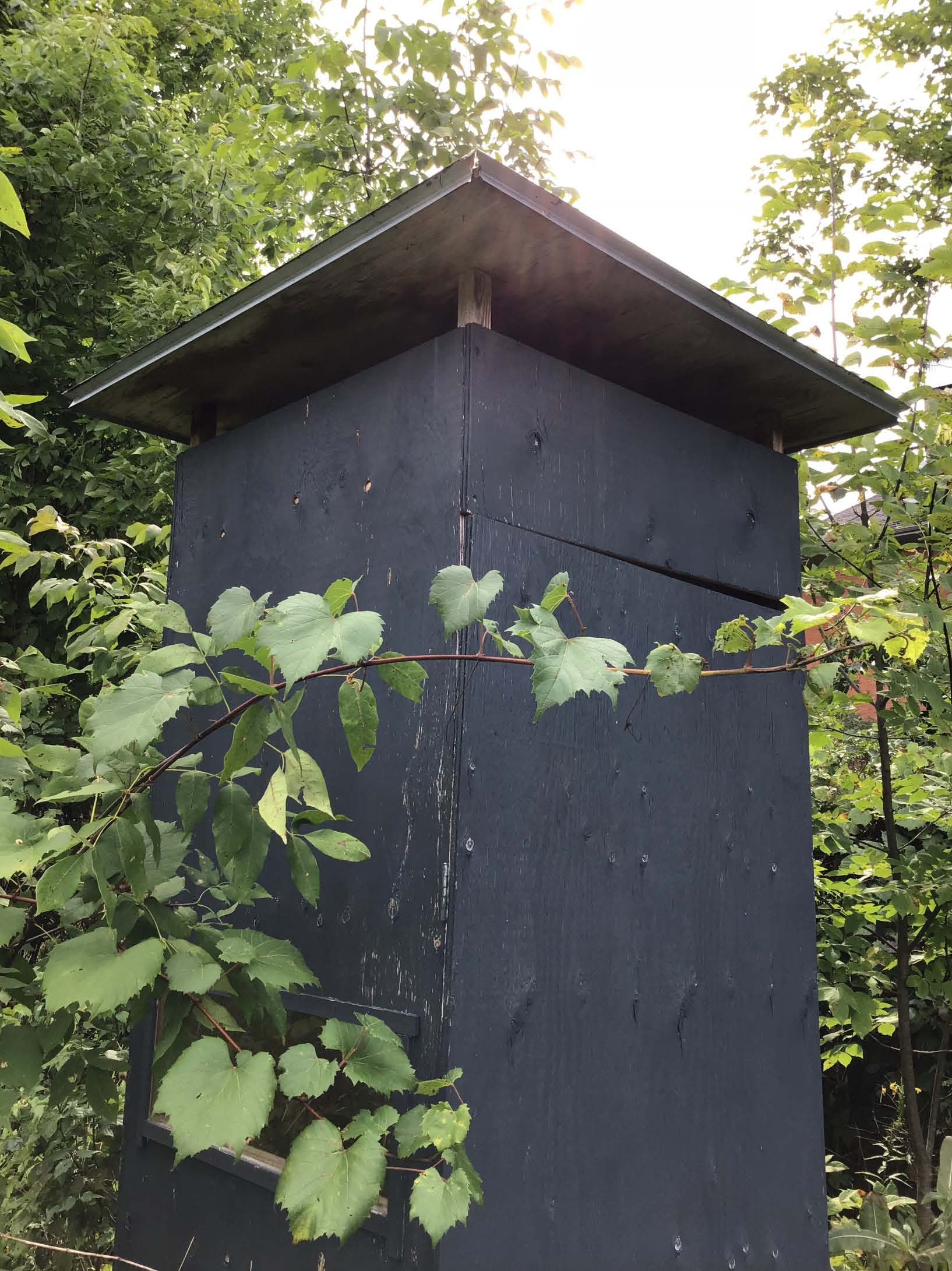 With the rampant illiteracy of the 1700s, North American outhouses, based on ancient symbology, carried a sun or star emblem – pierced through the door to provide light and ventilation – for men’s biffies and a crescent moon (signifying the goddess Diana) for the women’s. Men being men and women, women, the men’s commodes quickly decayed, and the moon was left as the standard symbol. Here, it is relocated and repurposed as a door pull. 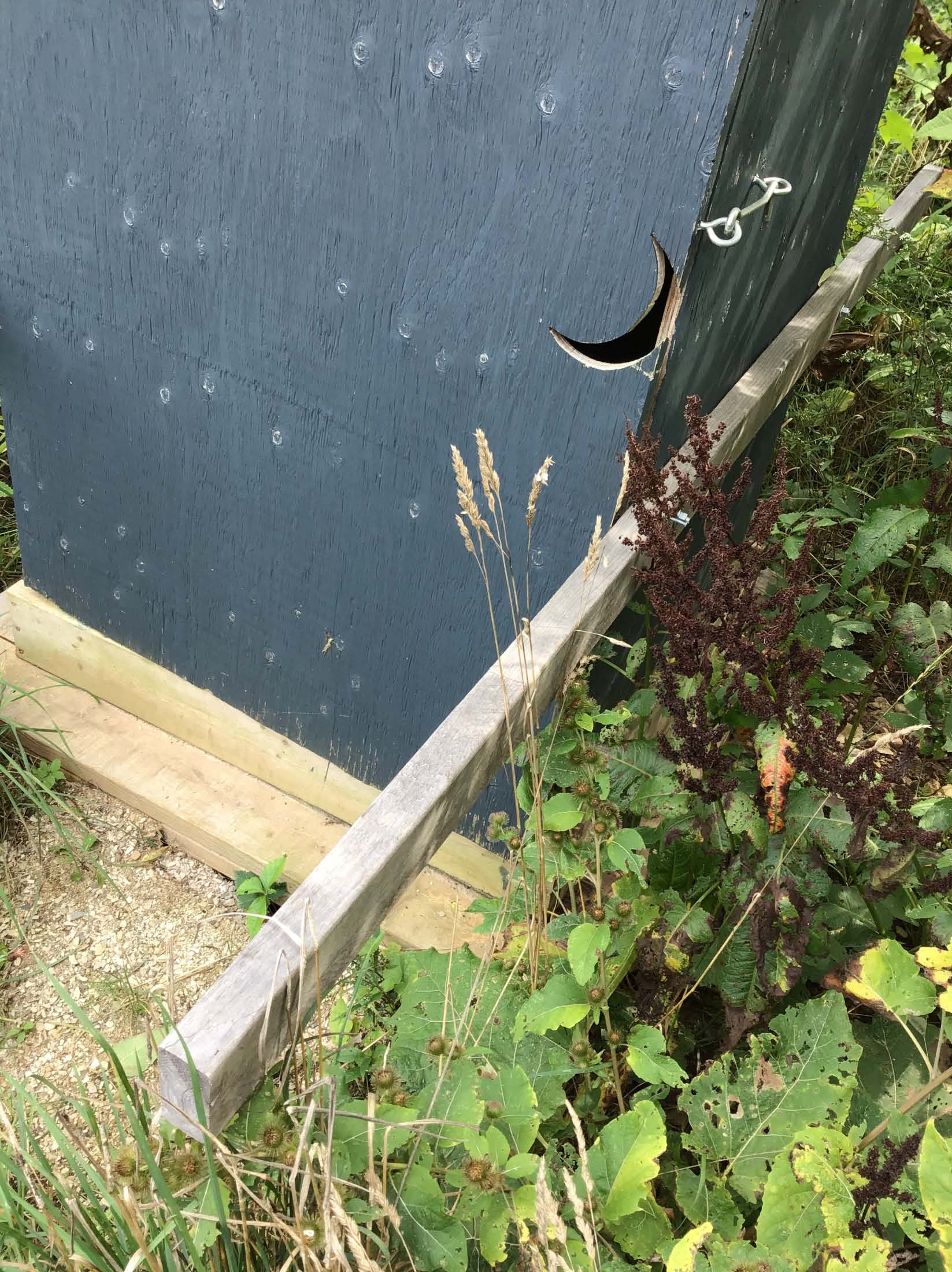 Viewport casing uses the egg-and-dart enrichment of the ovolo molding of the Ionic capital, found in the early Greek Erechtheion, and then used by the Romans. 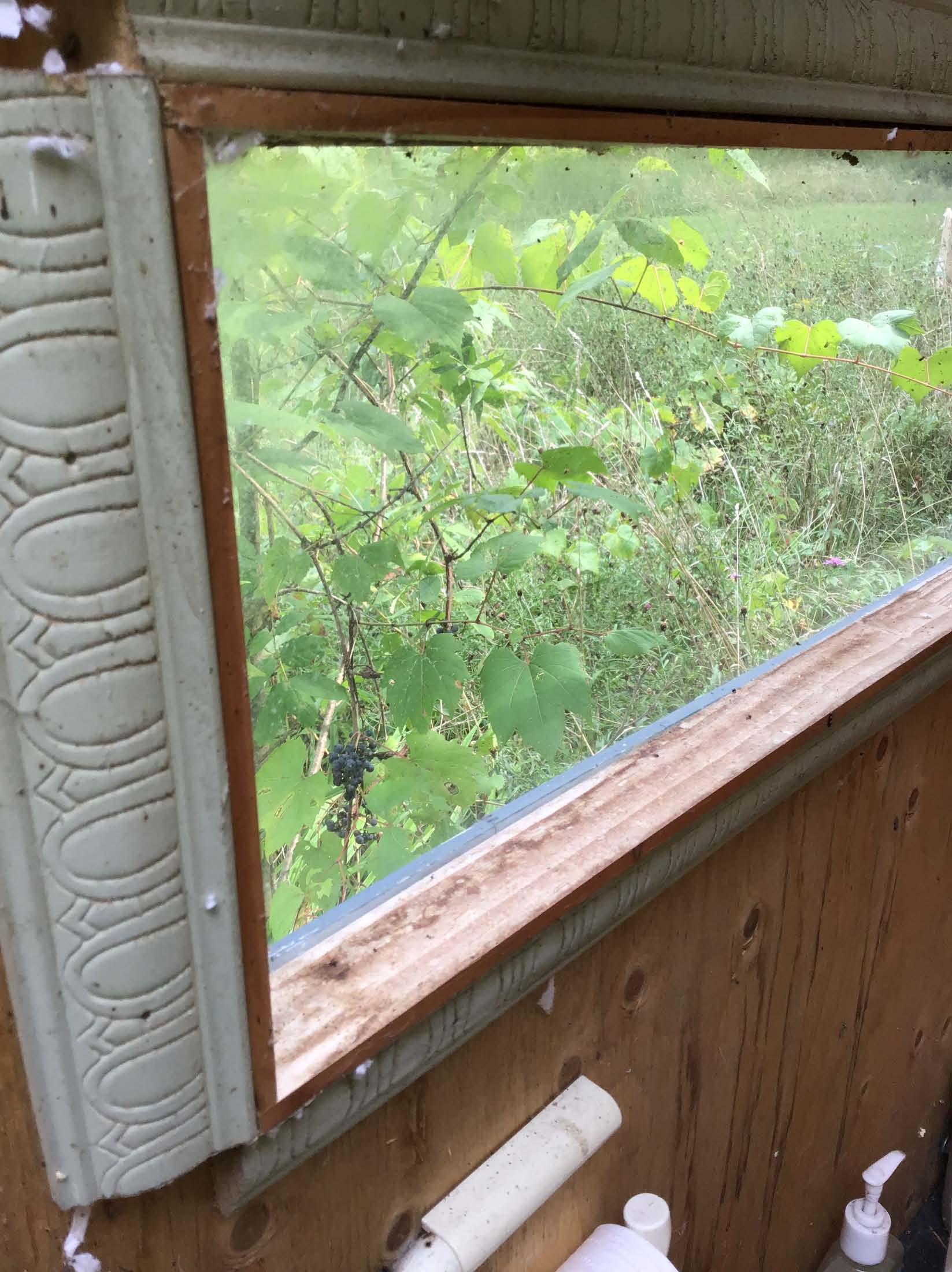 Supplies have been suspended out of the way of vermin since time immemmorial. 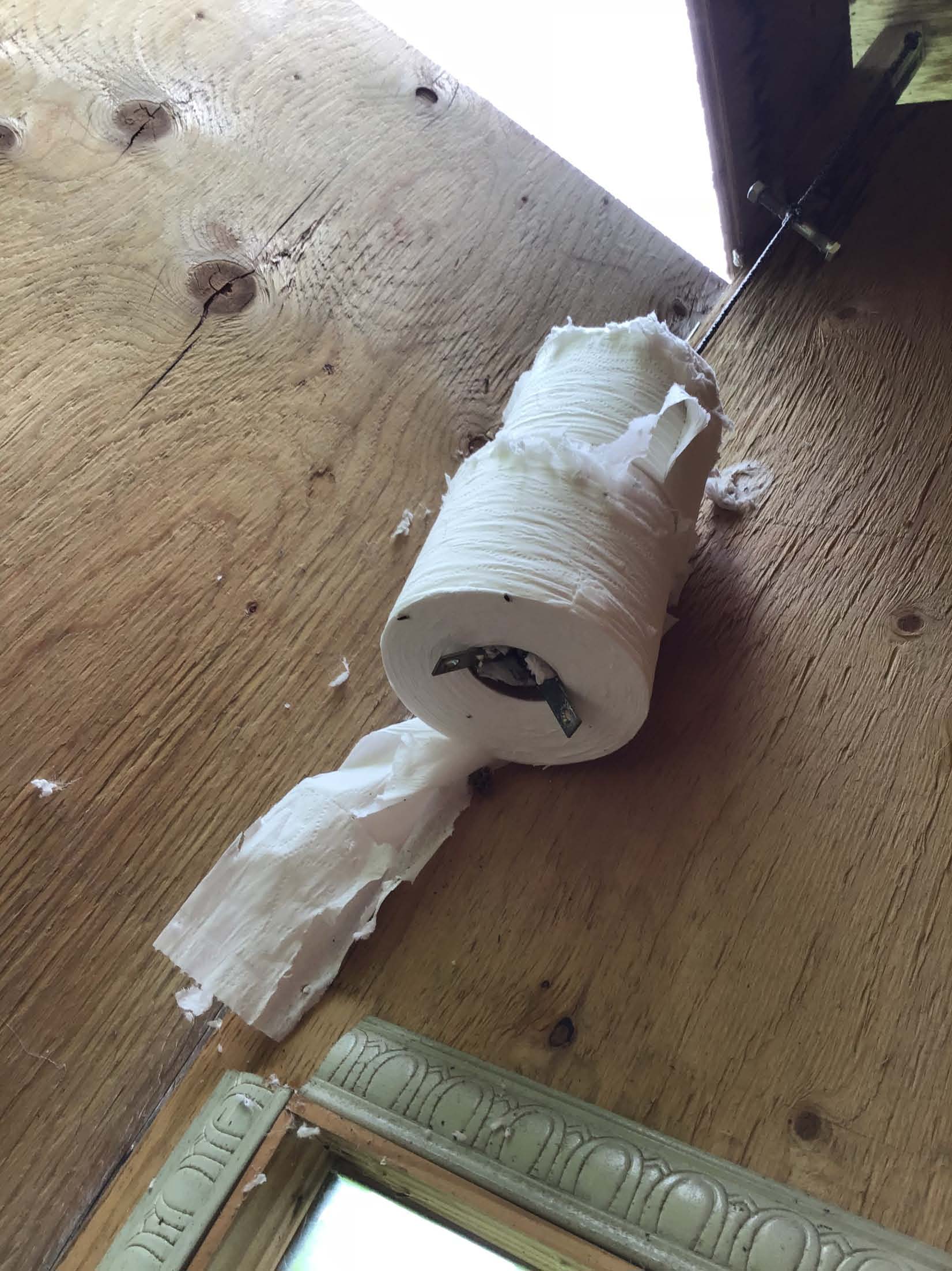 In 1835, German chemist Justus von Liebig developed a process for applying a thin layer of metallic silver to one side of a pane of clear glass. Portable toilets (this is recovered from one) began to incorporate mirrors in the 1990s. 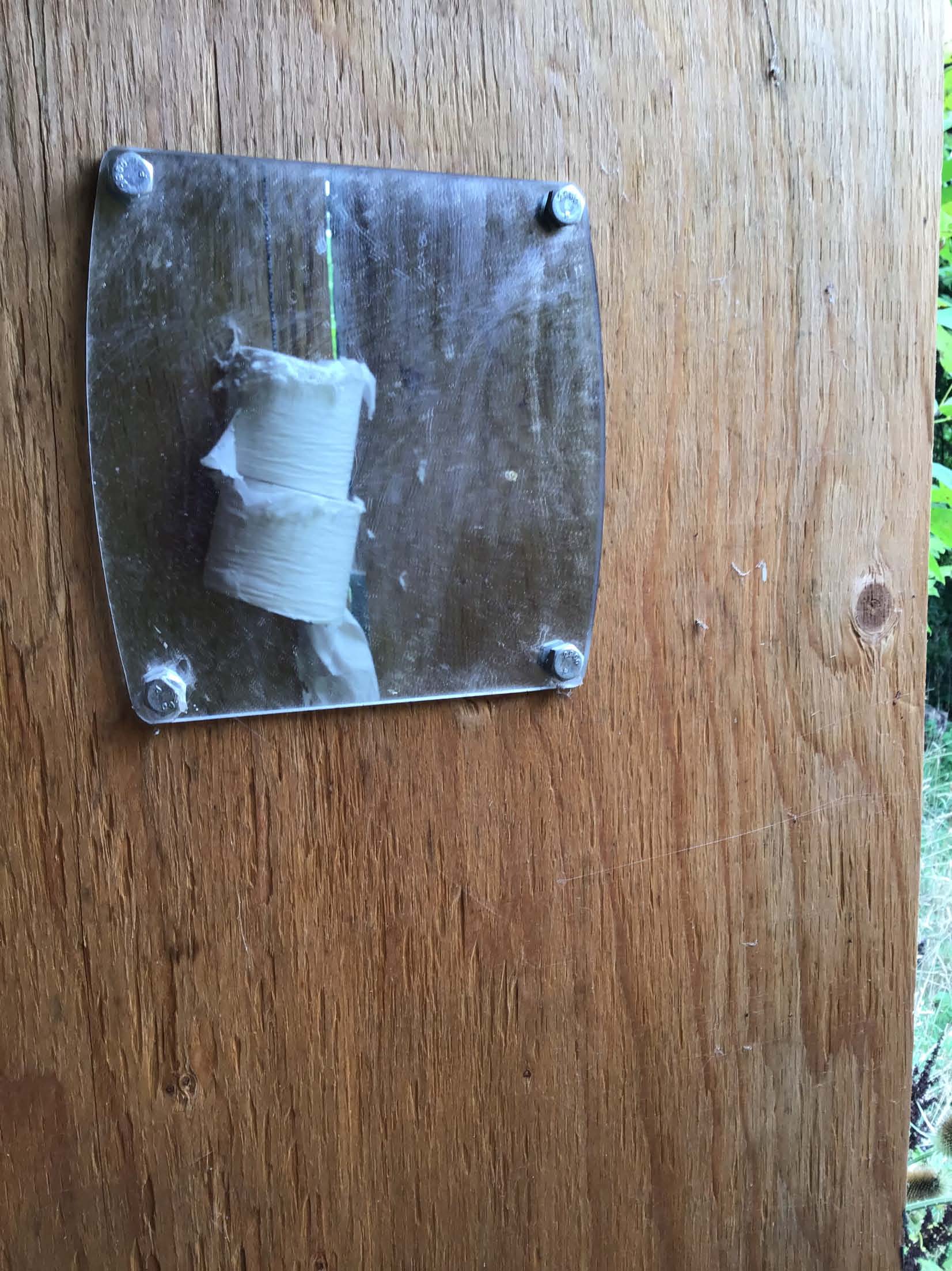 Sinuous S-curve leaf ornament was used in Greece, 450-420 BC and likely prior. This seat is removable for placement near a warm woodstove during the winter. 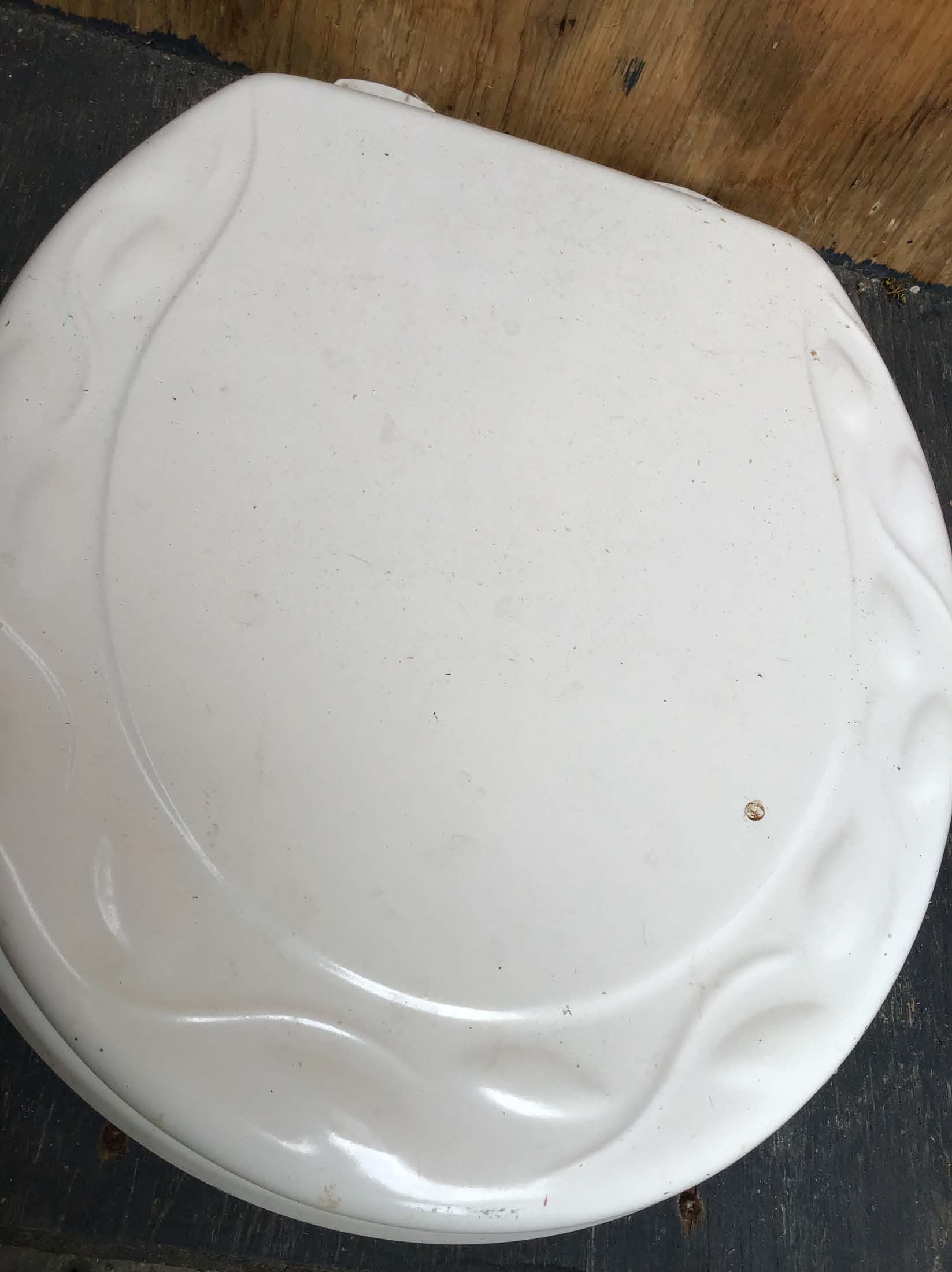 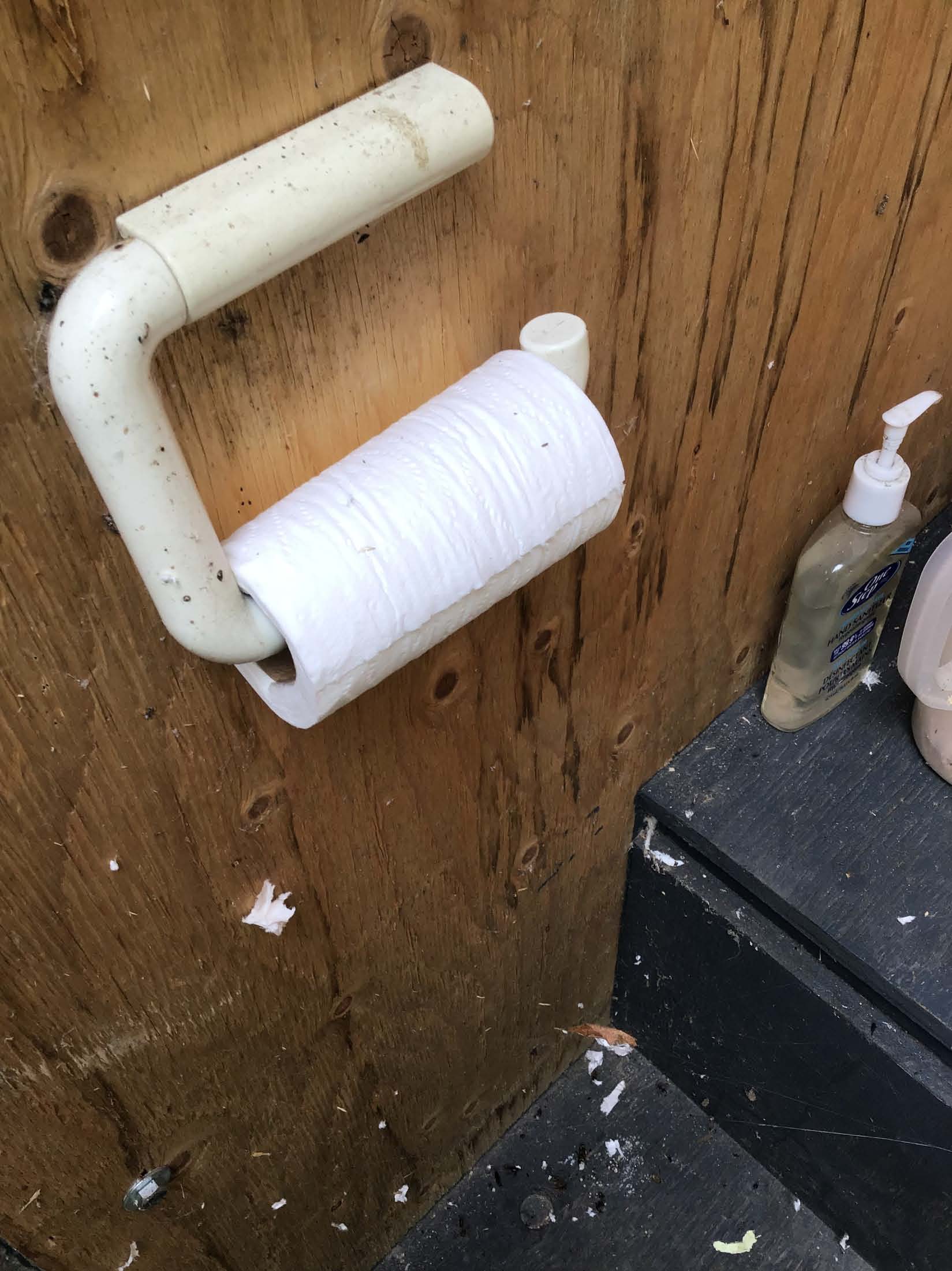 Stags’ antlers have been used as hangers since the dawn of humankind. 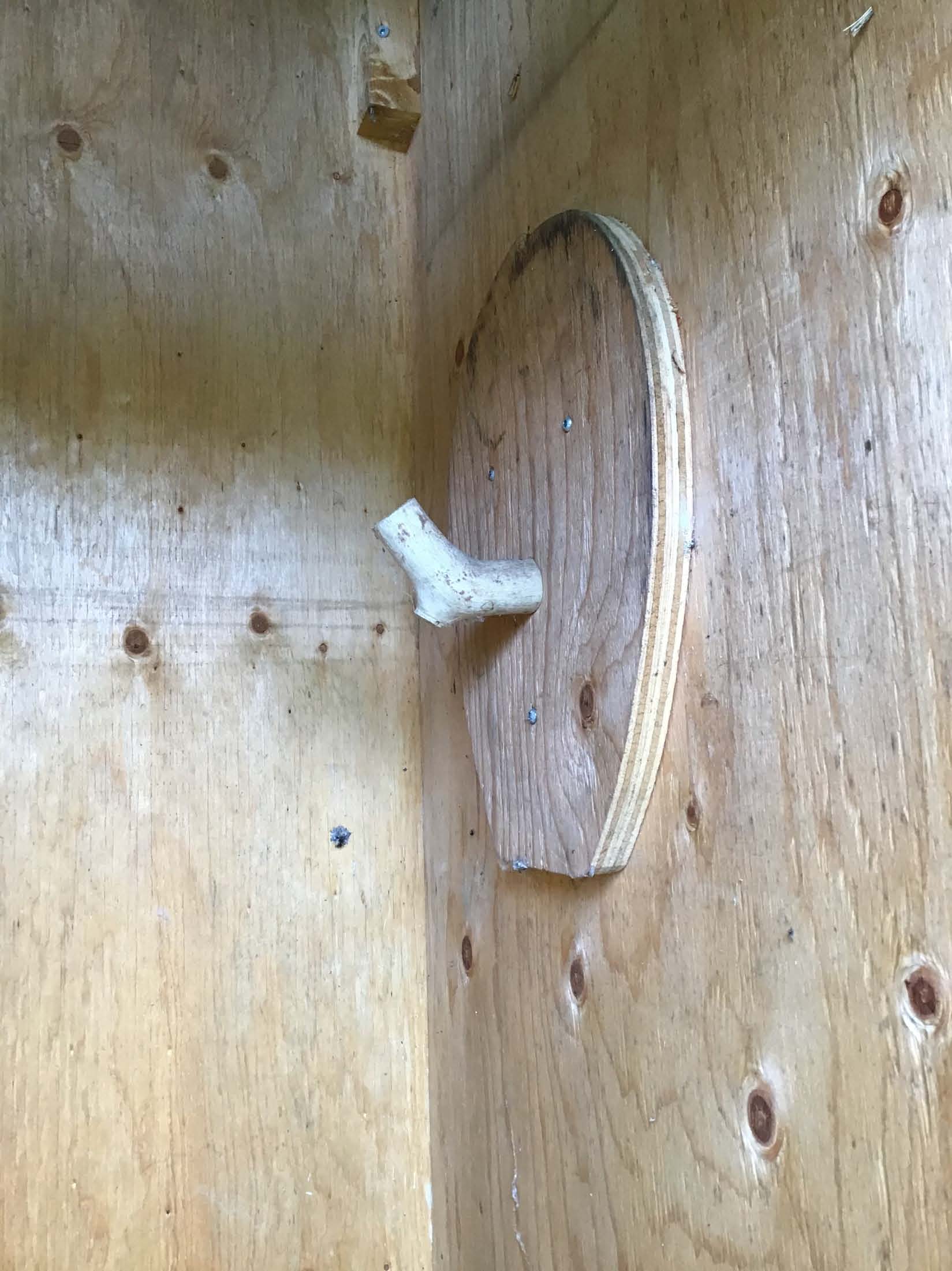 The earliest recorded sedan chair appeared in China 4000 years ago. Sir Saunders Duncombe introduced it for hire in London in 1634. 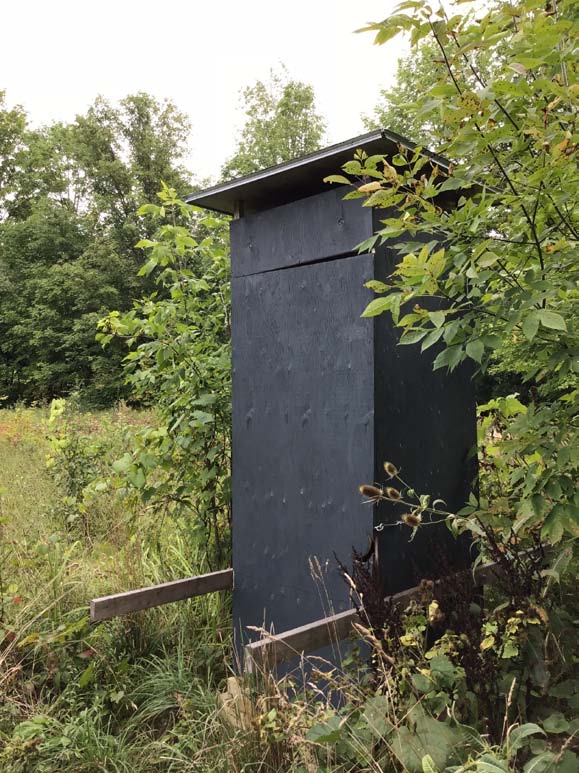 Biffy is Work One of NeoPostModernism, founded by Malolepsy and Ferguson, who established NeoModernism in 1978.

Did you find this article helpful? Please consider signing up for Canadian Architect’s FREE digital edition and weekly e-newsletter. Your support is a big help to us, as we work to continue reaching readers during this challenging time.