Along with celebrating over 6,000 graduating students this year, Carleton University has presented an honorary doctorate to Métis architect Harriet Burdett-Moulton. She is among seven recipients of honorary degrees from Carleton in recognition of contributions to their chosen fields and Canadian society. 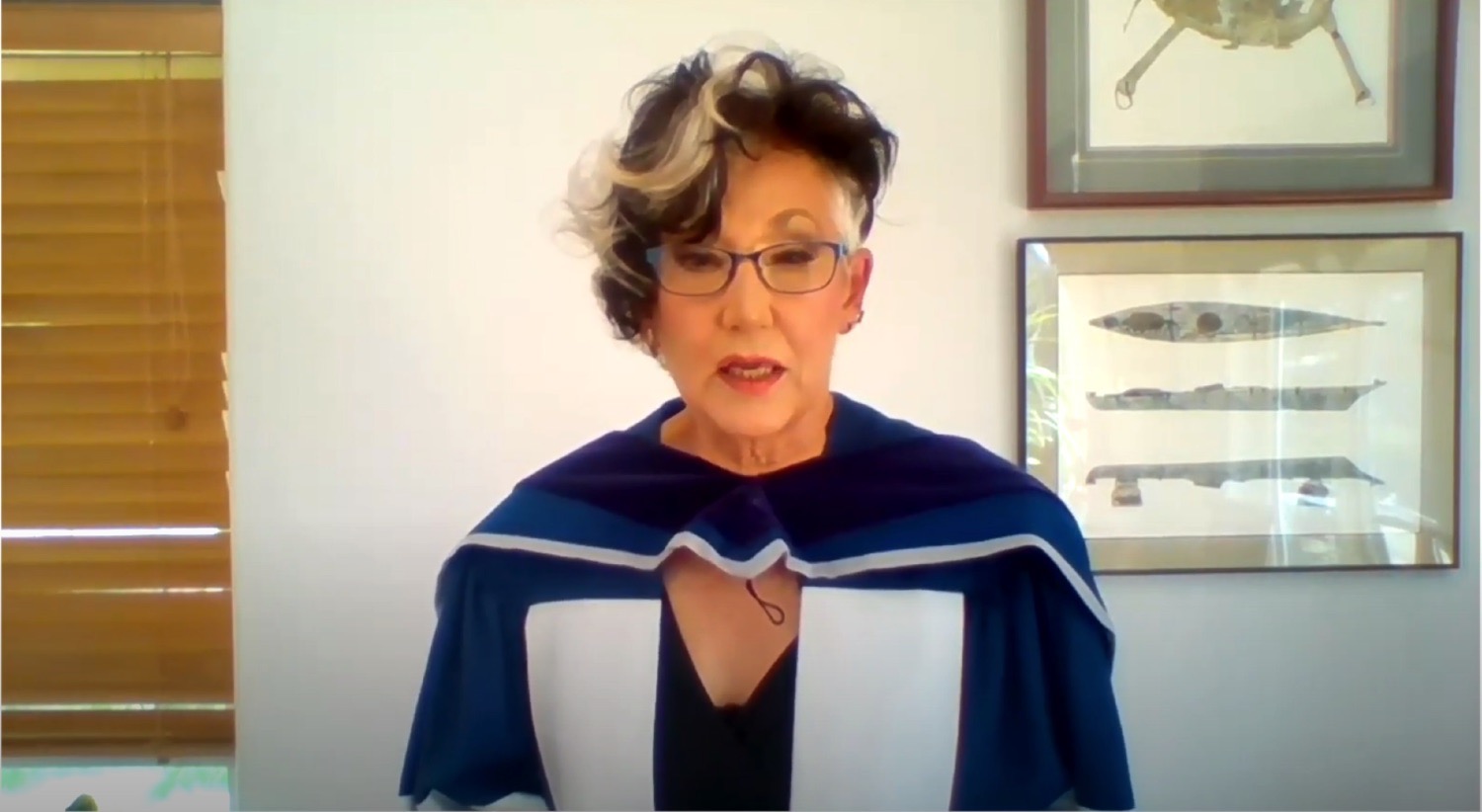 Harriet Burdett-Moulton was awarded the degree of Doctor of Laws, honoris causa, on June 17, 2021 “in recognition of her distinguished career in architecture, especially centred on Indigenous peoples and the Canadian Arctic,”  according to the citation from Carleton University.

Ms. Burdett-Moulton was the first architect to practice in what is now Nunavut, says Carleton University. For more than 40 years, she has had a distinguished career in architecture, especially centred on Indigenous peoples and the Canadian Arctic. She has led more than 150 design projects across northern Canada with an emphasis on honouring Inuit heritage and culture.

In 1976 Harriet graduated from TUNS, now the Dalhousie School of Architecture, and became the first registered Indigenous female Architect in Canada in 1979.

“The opportunities that come to you may be something quite different from what you are imagining,” says Burdett-Moulton. She advises graduating architects to collaborate with their clients—”design with them, not for them,” she says. “Everyone has a voice and they all want it to be heard. That is where repeat clients come from.”

She also says that students are well-advised to bring collaborators into projects early, to build a solid reputation, to be conscious of deadlines, and to respect others, including builders and contractors on job sites. She says that architects should cultivate personal communications. “Don’t be afraid to pick up a phone or set up a meeting,” she says.

“Do what you enjoy doing to the very best of your ability, and your style will be in your stamp,” she adds.

Her commencement address can be viewed below:

Canada Council for the Arts accepting submissions for architecture prizes