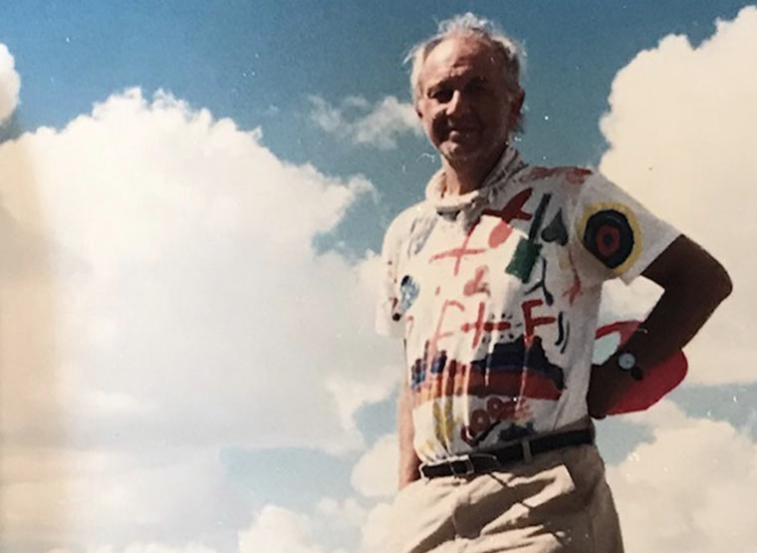 Andrew Gruft, a prominent member of the Canadian architectural and cultural community, has died. Gruft, 84, was Professor Emeritus at the University of British Columbia’s School of Architecture and Landscape Architecture and a fierce advocate for design culture in Vancouver and beyond. He ran a study-abroad program in Barcelona for many years before his retirement from teaching.

With his life partner Claudia Beck, Gruft also gained renown as an important collector, curator, dealer and advocate of photo-based art, establishing the first commercial gallery on the West Coast to specialize in photography. The couple later made a substantial donation of photo-based artworks to the Vancouver Art Gallery.

Gruft’s other projects include the 1986 exhibition A Measure of Consensus and Substance Over Spectacle, a 2005 book and exhibition project that focused on contemporary Canadian architecture.

“Andrew Gruft was a passionate advocate for Canadian architecture, and central to the creation of a culture of criticism and discourse to support it,” says Marco Polo, Professor and Associate Chair of the Deparment of Architectural Science at Ryerson University (renaming in progress). “He was foundational to my development as an architect and a critic and curator of architecture. As one of his students at UBC, I worked as a research assistant on his exhibition A Measure of Consensus, affording me my first exposure to critical writing about Canadian architecture, and the opportunity to meet notable architects across Canada.”

“Almost 20 years later, Andrew invited me to contribute an essay to the catalogue for Substance over Spectacle,” says Polo.  “He was a formidable presence in the UBC studio, sometimes a tough critic, sometimes a generous mentor, always a kibitzer. Andrew was also my thesis advisor, and I have a memory from that time that I think encapsulates how he approached everything he did. I was meeting with him in the studio, fretting over some aspect of my project. Holding his hands a couple of inches apart, he said ‘school’; opening them a bit wider, he said ‘work’. Then, spreading his arms, Andrew Gruft shouted ‘FUN!'”

“I only knew Andrew in his senior years, but his spry optimism for artful design’s potential could make students and practitioners young enough to be his children or grandchildren seem like the old fuddy-duddies,” says Vancouver architect D’Arcy Jones. “Andrew was plain-spoken when others weren’t, rooting for architecture’s beneficiaries as much as he celebrated its authors.”