"Architecture, Pérez-Gómez believes, operates as a communicative setting for societies–its beauty and meaning lie in its connection to human health and self-understanding,” says the ACSF.

The Architecture, Culture, and Spirituality Forum (ACSF) has announced that Alberto Pérez-Gómez has won this year’s Award for Outstanding Achievement for his “…extraordinary emotional, spiritual, and perceptual sensibility and sharp intellect.” 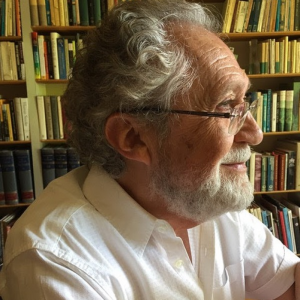 The award recognizes, celebrates, and raises public awareness of exceptional work that significantly advances the mission of the ACSF in architecture, landscape architecture, art, design, urbanism, planning, and related fields.

Considered one of today’s most important architectural theoreticians, historians, and critics, Pérez-Gómez’s carefully articulated writing and teaching have influenced countless academics, professionals, and students of architecture and other disciplines, according to the ACSF.

“His books Built upon Love (2006) and Attunement: Architectural Meaning after the Crisis of Modern Science (2016) are insightful manifestos that call for an architecture that can enhance our human values and capacities. Architecture, Pérez-Gómez believes, operates as a communicative setting for societies–its beauty and meaning lie in its connection to human health and self-understanding,” says the ACSF.

To mark the award, Pérez-Gómez will deliver an ACSF virtual lecture via Zoom on June 26th.