The Architectural Institute of British Columbia (AIBC) is pleased to announce it has conferred the status of Honorary Member of the AIBC on Susan Morris and James Starck. 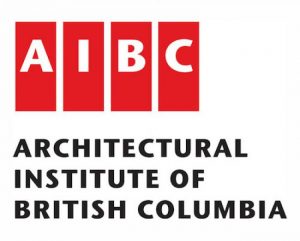 At the 100th Annual Meeting in May, AIBC registrants voted to grant honorary membership to the two individuals. An Honorary Membership with the AIBC is bestowed to non-architects who have made especially noteworthy contributions to the profession of architecture in British Columbia. The recognition allows the individuals to vote on certain Institute matters, but no practice rights are given. Morris and Starck were presented with honorary membership at the AIBC Induction Retirement Ceremony, which was held on June 5, 2019.

Susan Morris graduated with a diploma in Architectural Technology from Ryerson Polytechnical Institute in 1967. Following this, Susan worked for Transport Canada and then Arthur Erickson Architects. She was an assistant architectural specification writer at the firm and contributed to many significant architectural projects, such as the Law Courts in downtown Vancouver.

Over her 40-year career, Susan has been involved in many innovative and award-winning projects. The buildings have received accolades such as the Governor General’s Medal in Architecture, the Lieutenant-Governor of British Columbia Award in Architecture, and the Canadian Architect Award of Excellence, to name a few.

An advocate for environmentally friendly construction, Susan has also contributed to many sustainability initiatives over the years. She is a LEED Accredited Professional, maintains membership with the Canada Green Building Council, and is a founding member and former director of EcoDesign Resource Society.

Through her significant architectural and volunteer contributions, Susan has demonstrated her unwavering commitment to the profession and architecture community in B.C.

At UBC, he spearheaded a term project which examined Victoria’s historic downtown area. Expanding beyond its academic beginnings, the project became a much larger initiative. It was instrumental in making a public case against waterfront expressways and high-rises in the inner harbour and adjacent Old Town, as well as advocating for the conservation of the district’s heritage buildings. The initiative resulted in the ‘Old Town Report’, which was considered integral to new city policy. James was heavily involved in many conservation and rehabilitation projects that arose from the Report, such as the ambitious and award-winning Market Square redevelopment.

A multi-disciplinary practitioner and respected collaborator, James worked closely throughout his career with many architects, planners, artists and professional design groups.

Architects Must Remember to Recognize the Value in Themselves