The 123-room hotel is designed by Toronto's Shim-Sutcliffe.

The hotel stands in the city’s historic Garment District, At a nexus of neighborhoods including Queen West, Downtown and Chinatown, and within walking distance of music venues, galleries, bars and restaurants.

Anchoring the ground floor is Alder, a seasonal wood-fired restaurant from chef Patrick Kriss, which will open for dinner service soon. Chef Patrick also helms the menus for The Lobby, as well as the hotel’s rooftop bar and lounge, Evangeline, opening later this year.

“Long a leading global light for its forward-thinking approach to city-making and design, Toronto is a city that embraces originality and is rooted in the same open-to-all philosophy that founded Ace. We could not be more proud to open Ace Hotel Toronto — the architectural magnificence of Shim-Sutcliffe Architects’ work has created a bona fide wonder,” says Brad Wilson, CEO, Atelier Ace / Ace Hotel Group. “They have built an inherently civic space that respects the neighborhood’s storied past while nurturing its future. Likewise, Chef Patrick Kriss has worked in tandem with our team to create something exceptional at Alder, a restaurant with an honest reverence of seasons and quality. It is with great gratitude to the gifts of friends near and far that we welcome all to finally fill this remarkable space.”

A rhythmic series of soaring, poured-in-place, concrete structural arches rise from the semi-subterranean restaurant to a level above. The Lobby, clad in red oak lining and inspired in form by a wooden tray, is suspended by slender steel rods from these massive supports and offers guests a variety of viewpoints and scales within the impressive space.

With a sun-dappled seating area replete with vintage and custom Atelier Ace furnishings, and views overlooking the neighborhood green space St. Andrew’s Playground Park, The Lobby is rich with texture and warmth, offering space for life to take place.

Alder aims to be an all-day hangout for Toronto, a welcoming, relaxed respite for both neighbors and far-flung visitors. At the heart of the restaurant is its signature wood-fired hearth and grill, from which seasonal ingredients are gently transformed by open flame and smoke. For the menu, Chef Patrick draws inspiration from the gastronomic traditions and techniques long-practiced in and around the Mediterranean.

Continuing a long-standing Ace tradition of open community spaces, The Lobby is a meeting spot offering a menu of pastries and locally roasted Sam James Coffee in the morning, followed by craft cocktails, wines by the glass, beers, snacks and shareable small plates later on. It’s open daily from 8AM–11PM, walk-in service only, with private space rental available.

Located 14 stories high, rooftop bar and lounge Evangeline offers sweeping views of the surrounding cityscape. The 80-seat lounge is spread across a cozy indoor area and an open-air patio, with DJs taking to Evangeline’s decks every weekend.

A site of light-hearted fun and eats, Evangeline will serve snackable finger foods and small plates, along with beer, cocktails and wines by the glass. Evangeline will officially open later this year and will be open late night year-round. 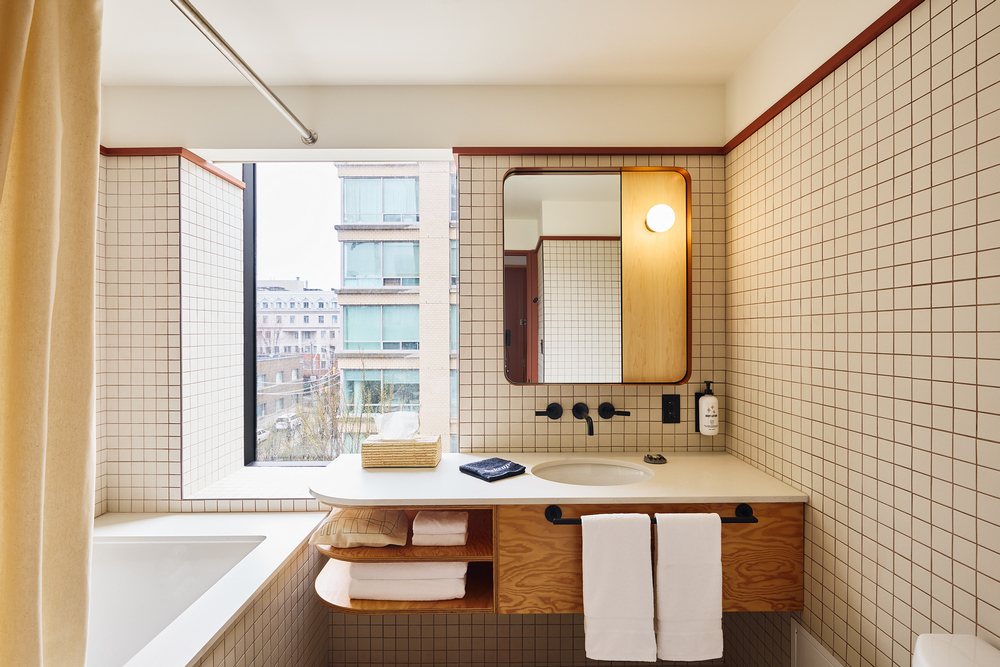