A Faith Observed: Our Lady of the Snows, Sheshatshiu, Labrador

The place of Catholicism in Sheshatshiu—an Innu Federal Reserve north of Goose Bay, Labrador—is complex. Several generations have lived through times when cultural assimilation practices and residential schools forced the Innu to keep their spirituality hidden. Some Innu reject the Church for all the harm it has done, but others have expressed the wish to practice the beneficial aspects of the Catholic faith, while also adhering to the teachings of Elders and traditional Innu belief systems. For them, Catholicism and Innu spirituality are not seen as mutually exclusive.1 Today, these two faiths are practiced by many, and respond to different sectors of life. These intricacies are reflected in the architecture of a new Sheshatshiu church: Our Lady of the Snows.

Designed by Newfoundland-based Woodford Sheppard Architecture, a practice led by architects Chris Woodford and Taryn Sheppard, Our Lady of the Snows was commissioned by the Elders of Sheshatshiu to complement a 1950s church with the same name. The existing church was too small to accommodate the large community gatherings that take place for weddings, funerals and baptisms. The old church was not demolished, and instead sits behind the new one, creating continuity between the past and the present.

Situated in the centre of Sheshatshiu, Our Lady of the Snows looks out onto Lake Melville and the Mealy Mountains, both important features in the area’s landscape. Nutshimit—the Innu-aimun word that designates the backcountry—holds a lot of spiritual and traditional knowledge. The architects wanted to allow the various functions that take place inside the church to spill out into this significant landscape. The entrance to the church facilitates this movement: a generous covered porch, carved out of the nave, encourages people to gather in a sheltered outdoor space.

Our Lady of the Snows is the largest building in the town centre, but its low-slung form and materials make it a good neighbour to the surrounding homes. The church sports an asphalt shingle roof; its white wood cladding is punctuated by narrow gothic-style windows along the nave and across the apse. In the winter months, the church blends elegantly into its snowy surroundings. The architects played with the symmetry of the “steeple”, skewing it towards the lake and the mountains, such that it points to these spiritually significant landmarks. It is also topped with a modest white cross that aims to defer to the views of Innu ancestral lands.

A simplified floor plan allows for a range of ceremonies and events to take place inside. Consisting of a nave and a square apse used for smaller gatherings, the interior space plays with traditional Catholic hierarchies of space. In lieu of a transept—which gives many traditional Catholic churches their signature cross shape—the architects created a notional separation between the nave and the apse by pinching in the roof and side walls. There are no confessionals, seeing as this kind of space has been used in harmful ways by priests in the not-so-distant past, notes Woodford.

The apse is a perfect square. It’s designed to be a non-hierarchical ceremonial space where the community can sit in a circle for smaller weekly masses, behind the wooden altar. This space can fit about twenty people and has a high vaulted ceiling, imitating a bell tower.

The interior space is almost entirely finished in wood, with birch flooring and walls clad in plywood and pine planks. Decoration is kept to a minimum, giving emphasis to the materials, the flow of natural light and the surrounding landscape. Instead of stained glass, the windows frame views of the trees, lake and village, underscoring the idea that the space is dedicated to the community and to an Innu expression of Catholicism. “We designed a building that is recognizably a church, without using a lot of overt religious symbols, to let the congregation and community interpret that however they like,” says Woodford.

The stations of the cross—a series of devotional images that appears in most Catholic churches —were designed and assembled specifically for the community by the architects and their team. Each of the 14 panels, displayed along the nave, consists of three layers of plywood: two intricate laser-cut layers depicting the different scenes in Christ’s journey to Mount Calvary, and a contrasting red-painted background. Each station has its title in Innu-aimun first, with a smaller English translation below. 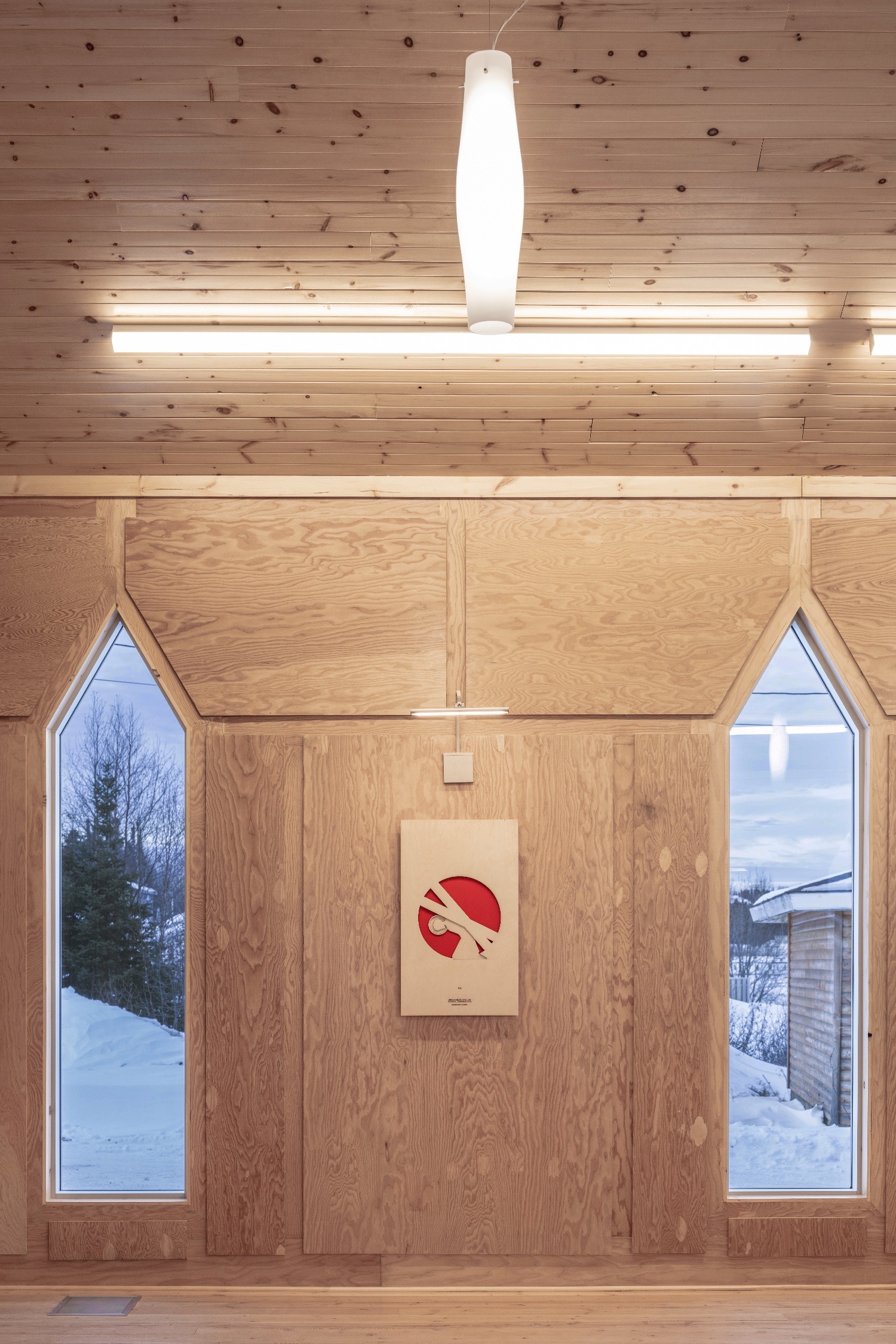 Our Lady of the Snows is built with a modest budget, as it was entirely paid for by the band council. It prioritizes the use of local materials and local labour: the architects wanted the community to be able to maintain and repair the building over time. Local materials—such as regional wood species—also respond to the climate of the area, including its cold, dry winters.

There are a variety of expressions of Catholicism throughout the world: faiths are not fixed and evolve depending on time and place. Likewise, architectural expressions are flexible—particularly in areas such as contemporary Indigenous architecture, where, unfortunately, there are few precedents to reference. As a result, Woodford Sheppard had a certain freedom to imagine and create a church built particularly by—and for—the Innu community of Sheshatshiu, while also taking cues from Labrador’s vernacular architecture. 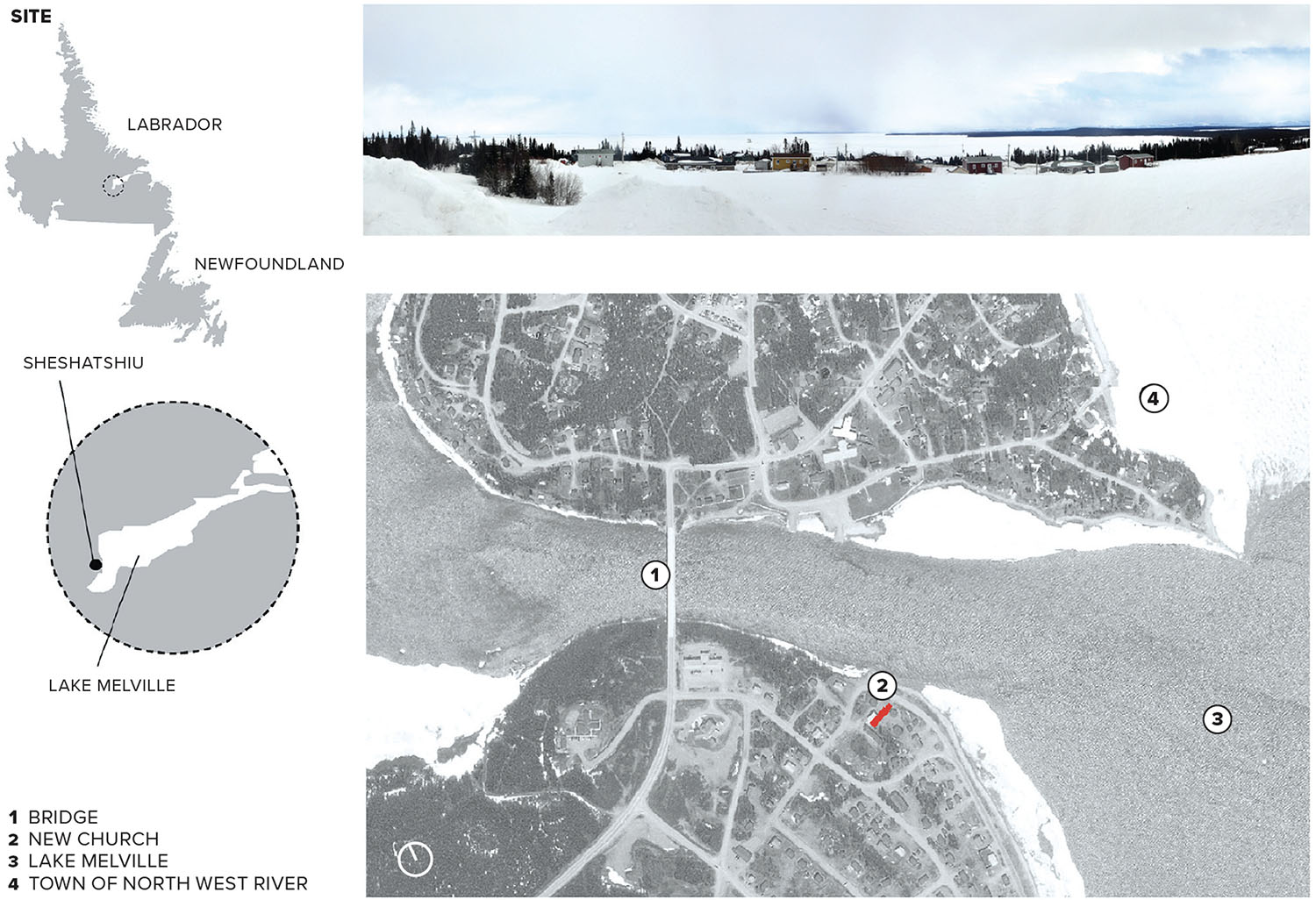 Recently, many of the non-traditional aspects of Our Lady of the Snows were brought into question by a priest who was sent to the community by the Catholic Church.2 For example, the chairs in the nave that allowed for a flexible space have now been replaced with pews. These kinds of functional aspects were not trivial elements of the architects’ design, as they sought to respond to the needs of the community. The flexibility of the architects’ design reveals how this space can be interpreted and manipulated in different ways. It also reflects how this church is a point of contact between perspectives: between the ranging perspectives within the community as well as the perspectives of the architects and the priest. Despite the ongoing changes that are likely to shape this church, one would hope that a respect for Indigenous expressions of this faith will remain. Indigenous Christianity is over four centuries old, and has been practiced on Turtle Island for just as long as many Western expressions of Christianity.3 It is important to recognize the legitimacy of Indigenous Christianity in its own right, and to continue to explore how it can be conveyed through architecture.

1 Peter Armitage, “Religious Ideology Among the Innu of Eastern Quebec and Labrador,” Religiologiques 6 (1992): 68.

2 Sheshatshiu went without a priest for a long time, ‘sharing’ the priest who was based in Goose Bay, but who unfortunately passed away during the construction of the new church, according to Woodford. 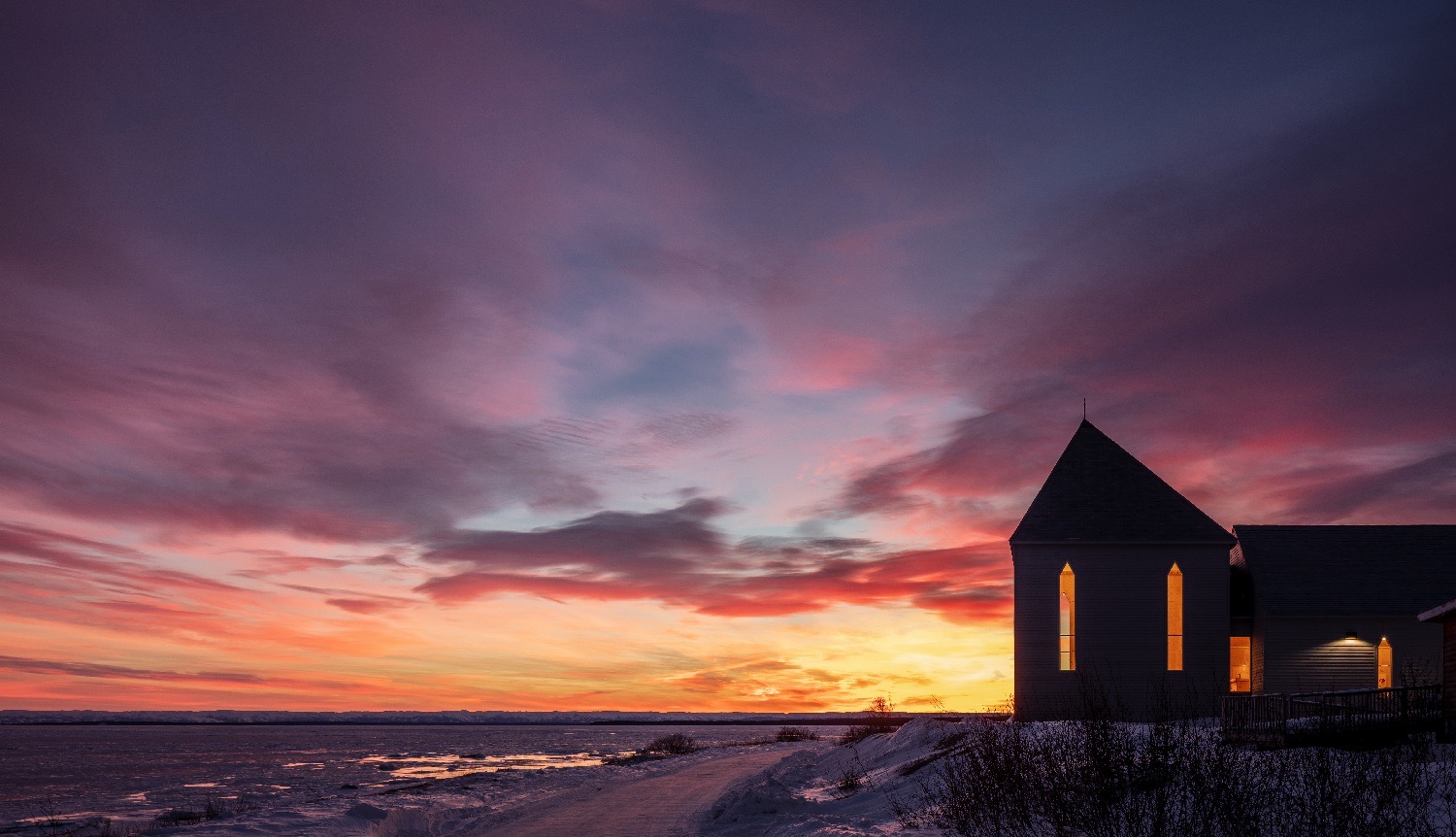 Gabrielle Montpetit is a recent graduate from the Masters in Art History program at Concordia University, in Montreal. Her thesis research focuses on Douglas Cardinal’s Circle of Life Thunderbird House in Winnipeg, and the decolonization of architecture and urban planning within Canada’s urban centres.