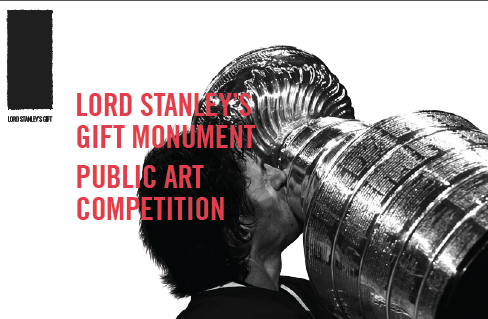 In December 2017, a monument to mark the 125th anniversary of the Stanley Cup will be unveiled in Canada’s capital, steps from the very birthplace of hockey’s Holy Grail. This work of public art will be our country’s way of celebrating one man’s enduring gift to our game, just as that gift has symbolized the pinnacle of hockey excellence for more than a century.

The Stanley Cup is one of the world’s best-known sports trophies. It is not widely known, however, that the original Stanley Cup was gifted to the game of hockey by Canada’s sixth governor general, Lord Stanley of Preston, on March 18,1892 in Ottawa. Lord Stanley was a passionate “hockey dad”—a number of his sons and his two daughters played the game.

In 2010, a small but dedicated group of citizens led by historian Paul Kitchen (1937-2015) formed a non-profit corporation with the dream of creating a monument to celebrate this historic event and the spirit and excitement of the game of hockey—now played in more than 90 countries. The monument, a significant piece of public art, will be called Lord Stanley’s Gift.

Canadian design teams are invited to enter a national design competition to create a monument celebrating Lord Stanley’s Gift, the Stanley Cup. The two-phase public art competition is open to professional artists and designers who are Canadian citizens and permanent residents. Deadline for the submission of your design team’s qualifications is May 13, 2016.

Design team announced for Artscape Launchpad on the Toronto Waterfront